Your one-off chance to boost your EU trade mark portfolio: how it will work 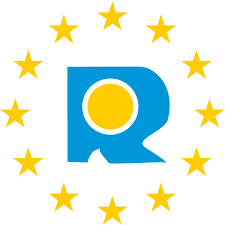 < has now decided how Article 28 declarations are going to work, Darren offers his further thoughts on what to expect.

• Previously, OHIM treated CTMs registered for entire class headings as covering all goods or services in the alphabetical list for that class in the Nice classification. This will no longer be the case.

• If you have CTMs filed before 22 June 2012 covering the entire class heading of the relevant Nice class applicable at the time of filing, you are entitled to file an Article 28 declaration to clarify or boost your specification of goods/services.

• You can boost your CTM by adding in any goods or services not covered by the literal meaning of the class heading.

• If you do not, OHIM (and EU courts) will (likely forever) treat your CTM as registered only for the goods and services covered by the literal meaning of the class heading. In many cases this will mean a permanent restriction of your trade mark rights.

You’ll find the answers, or rather some of them, in OHIM’s President’s Communication 1/2016. There’s also a press release which links to a webinar on the subject. The latter tells us that OHIM has been caught unawares by the interest of trade mark professionals in Article 28, something it evidently thought not to be a big deal. But it is a big deal, because the outcome of this is a unilateral restriction on many owners’ trade mark rights, with only a relatively short amount of time provided to try to fix it. Further details are provided in OHIM’s FAQs. I cannot possible do all these documents justice in this post, but I will try to draw out the key points. But be warned: this is actually all rather complicated, and needs careful thought.

Anyone with one or more CTMs (or International Registrations (IRs) designating the EU) filed before 22 June 2012 where one or more of the classes of those CTMs is registered for goods and services which cover the entire Nice class heading in place at the time the mark was filed. OHIM has an online form, which no one is allowed to look at until 23 March 2016 (and can’t be used for IRs). You can also file in any of the normal ways you communicate with OHIM (e.g., by post). There is no official fee. A declaration can be filed in English, French, German, Italian or Spanish, although IRs have to be filed in their own language. IRs get special treatment here because originally OHIM wasn’t going to allow declarations to be made for them at all. But following pressure from the likes of WIPO and MARQUES, they now will. But they obviously haven’t had the time to change their online form to make it work for IRs too.

What do you mean “covers the entire Nice class heading”?

• NOT ELIGIBLE: clothing, footwear, headgear not including tennis clothing (narrower than the class heading because of the limitation)

Sounds simple enough? Sadly, when you look at enough specifications, you realise things start to get complicated. Here are some more (real) examples:

• Class 28 – “Games and playthings; gymnastic and sporting apparatus; decorations for Christmas trees." The class heading says “articles” not “apparatus”. Is one different from the other?

Does the former cover the latter?

When you sit down to do the task, actually spotting the relevant terms in a specification can be agonising work. Here’s a class 14 example. The terms from the Nice class heading are all in there, in bold:

Good luck doing that with a pen and paper for a portfolio of, say, 100 marks!

So what can go in my declaration? Any goods and services I like?

Nope. This is where OHIM has taken some steps to try to make all this easy for it (but maybe not for you). The idea is this – a lot of goods and services are already clearly covered by the class heading. “Clothing” clearly covers t-shirts and socks. So no one needs to file a declaration to say they intended to cover socks when they filed for the entire class 25 class heading. Instead (says OHIM’s FAQ 5, my emphasis): “Declarations can only be made for specific goods or services contained within the alphabetical list and not covered by the literal meaning of the class heading for the class of the edition of the Nice Classification in force at the date of filing.”

This does NOT mean:

• the use of unclear, imprecise or unspecific expressions (e.g. ‘all goods in Class X’ or ‘all goods not clearly covered by the literal meaning’);

• declarations for goods and services that are deemed to be clearly covered by the literal meaning of the class heading;

• declarations for goods or services not contained in the alphabetical list in question.

To help you work out what it does mean, OHIM has done the horrible job of plodding through 45 alphabetical lists in five versions of the Nice classification and come up with its own list of “orphans” which, in its view, are not covered by the literal meaning of the class heading. You can find these here. However, OHIM is not willing to nail its colours to its mast so it says these are only examples. So there may be other terms not covered by the literal meaning of the class heading, but it’s not going to tell you what these are. It says it will give those filing declarations the benefit of reasonable doubt, and its FAQ (number 20) gives three more examples of terms that are acceptable.

What is the effect of a declaration? 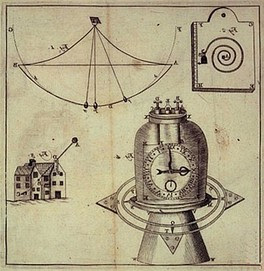 I can’t possibly answer that in full here. Essentially, it means you ensure your CTMs cover goods and services that, if you don’t file a declaration, they will be deemed not to cover. Some of the goods and services in OHIM’s list of orphans are obscure: take “teats” in Class 10. But others much less so: “vehicle bumpers” in Class 12 are probably quite important for anyone who sells car parts. There are other effects of declarations, including in relation to what happens if you later try to enforce your CTM and rely upon one of the added goods and services (see for example Article 14 of the Communication). The Communication and FAQs are worth reading in full.

Do I need to bother with this, or can I ignore it?

In any ideal world, you’d sit down with your advisors, definitely check each mark and class therein for eligibility, work through the alphabetical lists studying them for terms not covered by the class heading, work out whether your business needs those goods and services, and then file a declaration for them. If you have one CTM, you could do that, but it might take you all day. If you have 100, 50 or even 20 CTMs, it’s going to take forever, or cost you a fortune if you ask your friendly solicitor or trade mark attorney. Or you could do nothing. Let your CTMs be narrowed. Take the risk that the goods and services you lose are never going to be an issue for you. No one knows if that’s sensible or not.

I favour a middle way: apply for declarations wherever you are allowed for all of the goods and services which OHIM has already decided are not covered by the literal meaning of the class headings. Some of those goods and services may be more or less of value to you, but better to have them than not. Admittedly, that could be a big job.

Someone keeps telling me I need to do something before 23 March?

I’ve seen at least two reputable firms of solicitors/trade mark attorneys issue press releases saying that you need to do something to your CTM portfolios before the window for declarations opens. But I can’t for the life of me work out what, or why, and nor can anyone else I’ve asked. Some advisors have been talking about making Article 50 partial surrenders instead. In my previous posts, I toyed with this as an alternative. This is a way to delete a class heading from a mark (Article 28 lets you keep it) and replace it with a long list of goods or services instead. OHIM has expressly said that partial surrenders are unaffected by Article 28 and can continue to be made at any time.

Our view is that Article 50 is not an alternative, it’s different. You can use Article 50 to turn a class heading into a list of the goods or services which are within the literal meaning of the class heading. If you want your mark to cover goods and services outside the literal meaning of the class heading, you need to go Article 28. So they are complementary – or so OHIM implies in its webinar. You could do Article 28 and then Article 50, in that order, to end up with just a long list of goods or services instead of a class heading, but doing just Article 50 shouldn’t work. So beware – if someone tells you to hurry up and deal with this now, I’m not sure they’re right. But I’m happy to eat humble pie if someone would explain why I’m wrong. My view is that Article 50 is a red herring. Article 28 is the way to go."
Your one-off chance to boost your EU trade mark portfolio: how it will work

Reviewed by Neil Wilkof on Sunday, March 06, 2016 Rating: 5
The IPKat licenses the use of its blog posts under a Creative Commons Attribution-Non Commercial Licence.