An EU text and data mining exception: will it deliver what the Digital Single Market Strategy promised?

Eleonora Rosati Monday, May 22, 2017 - Digital Single Market Strategy, Eleonora Rosati, EU copyright, MEP Comodini Cachia, start-ups, text and data mining
At the time of unveiling its Digital Single Market Strategy in May 2015, the EU Commission linked the establishment of a fully connected digital single market to the objective of creating a favourable environment for European start-ups and SMEs.

With specific regard to copyright, however, it soon appeared that start-ups and SMEs were not really part of the picture as far as Commission’s action in this area of the law is concerned. In this sense, the proposal for a directive on copyright in the Digital Single Market, which was released in September 2016, is a telling example.

The content of the proposed text and data mining exception

The draft provisions intended to remedy the so called ‘value gap’ (Article 13) and establish a new right for press publishers (Article 11) have been extensively criticized for – among other things – having the potential to raise barriers to entry in the markets for, respectively, hosting platforms and news aggregators, and also push out of these markets existing start-ups and SMEs that may be ‘too small to compete’.

Also the Commission’s proposal for a new mandatory exception that would be vital to EU tech-intensive businesses, ie a text and data mining exception (Article 3), falls short of what an ambitious and competitive digital single market may need.

By text and data mining it is intended as “any automated analytical technique aiming to analyse text and data in digital form in order to generate information such as patterns, trends and correlations” (Article 2(2)). A couple of examples of mining tools developed and employed by European SMEs and start-ups are those of Treemetrics (Ireland; a forest management platform) and XDiscovery (Italy; a search engine that allows mapping correlations between different topics).

Although including commercial and non-commercial uses alike, the scope of the proposed text and data mining exception appears particularly narrow as regards its catalogue of beneficiaries. These would be, in fact, only research organizations. They would be able to rely on the exception solely to carry out text and data mining of works or other subject-matter to which they have lawful access for the purposes of scientific research. In addition, the definition of ‘research organization’ itself is narrow: it only includes (Article 2(1)) universities, research institutes, non-profit or public interest research-intensive organizations.

In principle the draft directive does not exclude applicability of the text and data mining exception to public-private partnerships (Recital 10), but rules out that this could be possible when a commercial undertaking has a decisive influence and control over the research organization in question (Recital 11).

The proposed EU exception would be also narrower than the existing UK exception for text and data analysis (s29A of the Copyright, Designs and Patents Act 1988). The UK introduced it in 2014 on belief that the existing legislative framework (Article 5(3)(a) of Directive 2001/29) would already allow Member States to permit text and data mining activities under the umbrella of the exception for scientific research. Most importantly – albeit limited to non-commercial uses – the beneficiaries of the UK exception are not just research organizations, but also individual researchers (‘any person’ who has lawful access to a work).

The reactions of the SME and start-up community

Further to the release of the proposed directive on copyright in the Digital Single Market, EU start-ups and SMEs have noted how the current drafting of Article 3 fails to provide legal certainty, and regrettably excludes anyone who cannot be regarded as falling within the definition of ‘research organization’.

In this sense, Allied for Startups has pointed out that innovative start-ups would be left outside the scope of Article 3, being unable to benefit from the text and data mining exception. This would be so also on consideration that the limited resources of a start-up would make it difficult, if not impossible tout court, to consider entering public-private partnerships that are both time-consuming and challenging to handle.

The next step for the overall process that would eventually lead to the adoption of a new directive on copyright in the Digital Single Market is the European Parliament vote (originally scheduled for 19-20 June, but currently it is unclear when this will take place) on the draft report that MEP Therese Comodini Cachia has been preparing on the Commission’s proposal. On 10 March a first draft version of the report was unveiled; possible amendments are currently being considered.

As far as text and data mining is concerned, the draft report seeks to clarify what copyright-relevant act (normalization of information) the new exception would cover. It also proposes to broaden to a certain extent the scope of the exception, by envisaging – subject to a compensation requirement – the possibility for research organizations that do not have lawful access to information to have nonetheless access to normalized data for text and data mining.

The draft report for the moment also appears to consider broadening the types of beneficiaries of the exception. 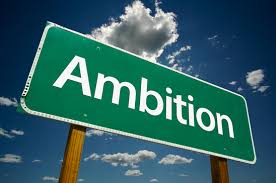 When considering different options for a text and data mining exception, the Commission held the view that an exception that would not restrict types of uses and beneficiaries would go too far.

Yet, considering the general framework for exceptions and limitations that already exists under EU copyright (Article 5 of Directive 2001/29), there are no particular legal reasons as to why an exception should in principle exclude certain subjects from the range of beneficiaries, as long as the conditions in the three-step test (these being that an exception is to be only applied in certain special cases which do not conflict with a normal exploitation of the work or other subject-matter and do not unreasonably prejudice the legitimate interests of the rightholder: Article 5(5) of Directive 2001/29) are respected.

As noted by the German Bundesrat in a recent opinion, the exclusion of beneficiaries other than research organizations from the scope of the EU text and data mining exception would be not just impractical, but also cause the end for many providers of data analysis in Europe.

The EU approach to text and data mining could and should be more ambitious. This would be necessary to develop the full potential of SMEs and start-ups arising and operating in Europe, thus also making Europe more competitive on the global scale and permitting the creation of a functioning digital single market. More ambition is also needed to encourage and make possible the work of individual researchers, and allow European citizens to have access to information that can be only generated through text and data mining activities and whose potential awaits to be unlocked.
An EU text and data mining exception: will it deliver what the Digital Single Market Strategy promised?

Reviewed by Eleonora Rosati on Monday, May 22, 2017 Rating: 5
The IPKat licenses the use of its blog posts under a Creative Commons Attribution-Non Commercial Licence.