Has the Indian Supreme Court Moved the Bad Faith Analysis to the Back Seat?

IPKat recently reported on the decision by the Supreme Court of India, here, refusing to grant an injunction in favour of Toyota Jidosha Kabushiki Kaisha, makers of the hybrid car, Prius, in a passing off suit against a manufacturer of automobile spare parts by the name Prius Auto Industries Ltd. Kat friend Taapsi Johri of K&S Partners discusses another aspect of this intriguing case, the nettlesome issue of "bad faith".

To remind Kat readers, the court ruled in favour of Prius Auto on the ground that it was the prior adopter of the mark in India and, in the 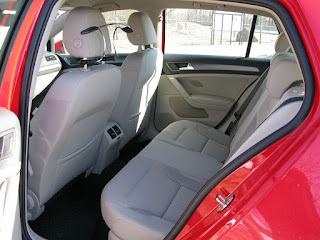 absence of any registration or extensive use of the mark PRIUS by Toyota in India or sufficient proof of trans-border reputation, Toyota could not seek to restrain the use of the mark on the basis of its goodwill and reputation overseas. Overall, the decision seems to be sound, barring one issue: bad faith adoption.

Toyota had launched its car, PRIUS, in several countries in 1997 but in India it was launched only in 2010 and, until 2009, Toyota had not filed for registration of the mark ‘PRIUS’ in India. Prius Auto, on the other hand, had obtained registration for the mark PRIUS in India in the year 2002 and had been using the same since the year 2001 for its business of automobile spare parts. Prius Auto explained its adoption of the mark PRIUS by stating that it was the first in India to manufacture add-on chrome plated accessories and, therefore, it conceptualized its attempt as ‘pehela prayas’ (Hindi word meaning ‘first attempt’), which was further modified to the name ‘Prius’. As regards Toyota’s evidence, the Court did not find the same to be sufficient, especially the online evidence. The Court was of the view that the online evidence was not ‘a safe basis to hold the existence of the necessary goodwill and reputation’ because in the year 2001 India had limited online exposure.

The Supreme Court’s conclusion that India had limited online exposure in 2001 is rather surprising. Internet came to India in 1995, when India launched its first full Internet service for public access. In fact, in a 1997 case before itself, the Supreme Court notes, “In this age of computerisation and inter-linking of the countries through internet it does not take more than a couple of minutes to gather the necessary information…” [Dr. Ashok vs Union of India & Ors. (1997 SC 2298)].

Even other Indian courts recognized the influence of the internet in India, with the Delhi High Court noting, in a case in 1999, that “[t]he Internet provides information about various corporations, products as also on various subjects like educational, entertainment, commercial, government activities and services” (Yahoo!, Inc. vs Akash Arora & Anr. [78 (1999) DLT 285)]. Further, the legislation regulating electronic commerce in India, the Information Technology Act, 2000, came into force on October 17, 2000. The conclusion by the Supreme Court of India having limited online exposure in 2001 is, therefore, rather surprising.

In particular, the Supreme Court seems to have ignored the need to consider whether the adoption by Prius Auto was reasonably justified or, being in the field of automobiles, could their adoption be the result of their knowledge of Toyota’s mark PRIUS. Even though the court did not whole-heartedly accept the explanation given by Prius Auto for adoption of the mark PRIUS, thereby creating a doubt about Prius Auto’s conduct, it ruled in favour of Prius Auto on the ground that it was the first to use and register in India.

“Bad Faith” analysis has been, in the past, considered to be an important factor in assessing competing interests in trademark cases. In the Prius Auto decision, however, the Supreme Court seems to have downplayed, if not downright diverted from the findings of Milmet Oftho, giving prior registration in India prominence over the principle of ‘first in the world market’. To support its conclusion, the Court accepted Prius Auto’s rather laboured explanation for adoption. The decision, as it reads now, could cause unwarranted results and could be a stumbling block for companies that are known in India but may not be selling goods in India, or are known in India, but deal in specialized goods popular in closed, small, specialized or a niche group of customers.

Photo at top left by Herranderssvensson and is licensed under Creative Commons Attribution-Share Alike 3.0 Unported (https://creativecommons.org/licenses/by-sa/3.0/deed.en) license.
Has the Indian Supreme Court Moved the Bad Faith Analysis to the Back Seat?

Reviewed by Neil Wilkof on Friday, January 05, 2018 Rating: 5
The IPKat licenses the use of its blog posts under a Creative Commons Attribution-Non Commercial Licence.