Ariana Grande, thank you, next: copyright infringement on Instagram

In August 2018, Grande posted a picture of herself oh her Instagram account, where she has 154 million followers, carrying a see-through bag that displayed the word "Sweetener", the name as her fourth studio album. The caption on the post read: "Happy Sweetener Day." The post received more than three million likes before it was removed. 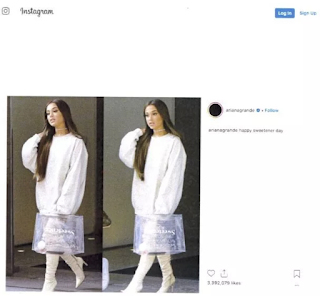 In the complaint filed on Monday 13th May 2019, Plaintiff Robert Barbera – a New York based photographer - brought an action, in the US Southern District Court of New York, for copyright infringement under Section 501 of the Copyright Act and for the removal and/or alteration of copyright management information under Section 1202(b) of the Digital Millennium Copyright Act.

Barbera alleges that Grande made an unauthorized reproduction and public display of two copyrighte protected photographs – of herself, owned and registered by Barbera – when posting them on her Instagram page. Grande had not licensed or been authorised to use the photographs, which therefore constituted an infringement of Plaintiff’s copyright (sections 106 and 501 of the Copyright Act, 17 U.S.C. §§ 106 and 501). The Plaintiff argued that these acts of infringement were “willful, intentional, and purposeful, in disregard of and indifference to Plaintiff’s rights”. As a result, Barbera seeks monetary relief by way of an account of profits pursuant to 17 U.S.C. § 504(b) for the infringement.

Furthermore, Barbera sets out in the complaint that Grande intentionally and knowingly removed copyright management information identifying him as the photographer of the photograph, without the knowledge or consent, in violation of 17 U.S.C. § 1202(b). Therefore, Barbera argues that Grande uploaded the infringing photograph intentionally, knowingly and with the intent to induce, enable, facilitate, or conceal their infringement of Plaintiff’s copyright in the photograph. As such, Barbera also seeks damages, that he sustained and will sustain, as well as any gains, profits and advantages obtained by Grande by way of her violations of 17 U.S.C. §1202, including attorney’s fees and costs. Alternatively, the complaint sets out, that Barbera may accept statutory damages pursuant to 17 U.S.C. § 1203(c) (3) in a sum of at least $2,500 up to $25,000 for each violation of 17 U.S.C. § 1202. As with the other similar cases, the Plaintiff demands a trial by jury on all issues.

The case follows the pattern of celebrities being sued in the US for posting images of themselves on their social media channels. Most of these have settled out of court, except for in the case of GiGi Hadid [Katpost here], where the model is being pursued for posting an image of herself on her Instagram account, for the second time. Hadid appears to be attempting to put a stop to these types of cases, arguing that the complaint is meritless, a misuse of the Copyright Act and nothing more than an effort to extract money in the form of a settlement from her, to avoid the cost of litigation. 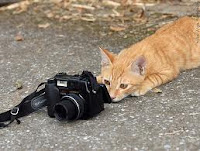 Hadid is also putting forward other arguments; that her re-use of the image falls under fair use and in any event the photograph may not be subject to copyright protection since it was simply a quick shot, in a public setting, with no attempt to convey ideas, emotions, or in an way influence pose, expression or clothing. This is an interesting argument that this Kat ponders often about the threshold for originality in photographs in the digital age and on social media. The skill, labour and effort / intellectual creation involved in taking a photograph is different now that technology can assist in the capturing and editing of the image, coupled with the rise in sharing images on social media and ownership of enabling devices, photographs are more common and the purpose of the image has shifted, in certain circumstances, from capturing a moment to a form of communication (e.g. here's what I had for dinner on a Snapchat story). In light of technology-enabled-creativity is the threshold for an original copyright photo too low? [Such as in the Renckhoff case for example].

In a letter to Judge Chen of the US District Court, dated 1st April 2019, Hadid's counsel also appeal to the moral arguments and issues of personality rights stating: “It is an unfortunate reality of Ms. Hadid’s day-to-day life that paparazzi make a living by exploiting her image and selling it for profit” and that the case demonstrates a rising trend in photographer/agencies seeking monetary damages from celebrities after they re-post images of themselves that they find already available online. The problem with this argument is, of course, that just because something is online doesn't mean it is freely available to use. Although I do sympathise with the inconsistency of it all - since Hadid screen-grabbed the image from a fan page who the copyright holder is unlikely to pursue. [In which case, should it be an issue of secondary liability anyway?]

Eagerly awaiting the outcomes of this collection of cases!

Ariana Grande, thank you, next: copyright infringement on Instagram

Reviewed by Hayleigh Bosher on Wednesday, May 15, 2019 Rating: 5
The IPKat licenses the use of its blog posts under a Creative Commons Attribution-Non Commercial Licence.