Tian Lu Saturday, August 10, 2019 - China IP, IP Circuit Trial in China, IP Court of China SPC., patent infringement, Tian Lu
As this Kat reported in At last, the sun rises: China will establish the National IP Appeals Court in 2019 and 50 days: Chinese SPC IP Tribunal closes its first case, since 1 January 2019, China has had an IP Tribunal within the Supreme People’s Court (‘the SPC’), serving as the national IP appeals court. On 27 March, this IP Tribunal began its first trial and, as recently as July, it opened its first circuit trial in Nanjing, Jiangsu province. 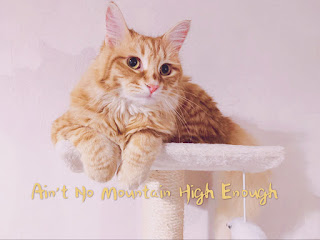 Wang Yeci (‘Wang’) is the patentee of ‘a small electric submersible pump with welded motor housing (‘the patent at issue’, No ZL200910025263.7, registered on 2 May 2012)’. In comparison to existing products on the market, Wang’s patent solves the problems of large and thick housing, heavy weight, high material consumption and high manufacturing costs. As a result, the products under Wang’s patent were very popular on the market.

In 2018, Wang filed a patent infringement lawsuit against Pengcheng water pump factory and the other four factories in the Jiangsu Nanjing Intermediate People’s Court (‘the Nanjing Intermediate Court’), alleging that the defendants had been manufacturing and selling Wang’s patented products without authorisation, which had caused Wang serious economic losses. Wang requested the court to require the defendant to immediately stop the alleged infringements and to pay damages and reasonable expenses for CNY 250,000 (approx. EUR 32,771) and CNY 300,000 (approx. EUR 39,325), respectively.

The defendants argued that: 1) Wang had no evidence to prove the alleged infringing products fell within the scope of the patent claims at issue; 2) The patent at issue lacked novelty and inventiveness and therefore did not conform to the requirements of patentability in China. The defendants filed a request for invalidation to the Re-examination and Invalidation Department of the Patent Office of CNIPA; 3) The alleged infringing products were manufactured based on the state of the art; 4) The amount of damages claimed by Wang was too high and lacked factual or legal basis. In view of the above, the defendants requested the court to dismiss Wang’s claim in its entirety.

After the hearing, the Nanjing Intermediate Court found the alleged infringing goods were indeed produced by using the prior art that was not covered by the patentee’s patent claims, and thus dismissed Wang’s claim in its entirety. Wang then appealed to the SPC, seeking an order to revoke the first-instance judgement.

Why a circuit trial?

The trial took place at the SPC’s Third Circuit Court located in Nanjing City of Jiangsu Province. As of 28 December 2016, this court started hearing the major administrative, civil and commercial cases in the provinces of Jiangsu, Shanghai, Zhejiang, Fujian, and Jiangxi that should be heard by the SPC.

The main significance of this case, at this stage, lies in the Circuit Court and its social influence, rather than the legal context, as the full ruling is still pending.

Legally try major administrative and civil and commercial cases across administrative regions in a timely and impartial manner and promote the shift of the trial work priority to lower levels, the resolution of disputes on the spot, and the provision of convenience for the parties to bring actions.

Regarding this specific case, interviewed afterwards, the SPC explained that the weight of the invention at issue was quite substantial and its transportation from Jiangsu Province to Beijing might be inconvenient. The same applied to the alleged infringing products, which must be presented to the court together with the invention at issue, for dismantling and thorough examination. The remote video trial was of course technically feasible, but it would not meet the requirement to accurately identify the technical features of the products at issue. Besides, all the six parties of this case, and the Third Circuit Court as well, were located in Jiangsu Province, so there was no need to travel the long distance. (The judgments, rulings, and decisions that are rendered or made by the circuit courts are the judgments, rulings, and decisions of the SPC).

*Cases from Beijing, Tianjin, Hebei, Shandong, and Inner Mongolia Autonomous region are directly handled by the SPC headquarter in Beijing.

The circuit courts, which have rendered the accesses to justice more convenient for the whole society, are expected to improve local judicial expertise. And specifically, this first IP case heard by the ‘local SPC’ is expected to enhance the public’s understanding of IP and of China’s IP judicial trials.

Reviewed by Tian Lu on Saturday, August 10, 2019 Rating: 5
The IPKat licenses the use of its blog posts under a Creative Commons Attribution-Non Commercial Licence.