After a seven-day trial, in the US District Court of California, a federal jury of nine, found all of the songwriters including Katy Perry, the producers and all the corporations that released and distributed the songs liable for copyright infringement on 29th July 2019. 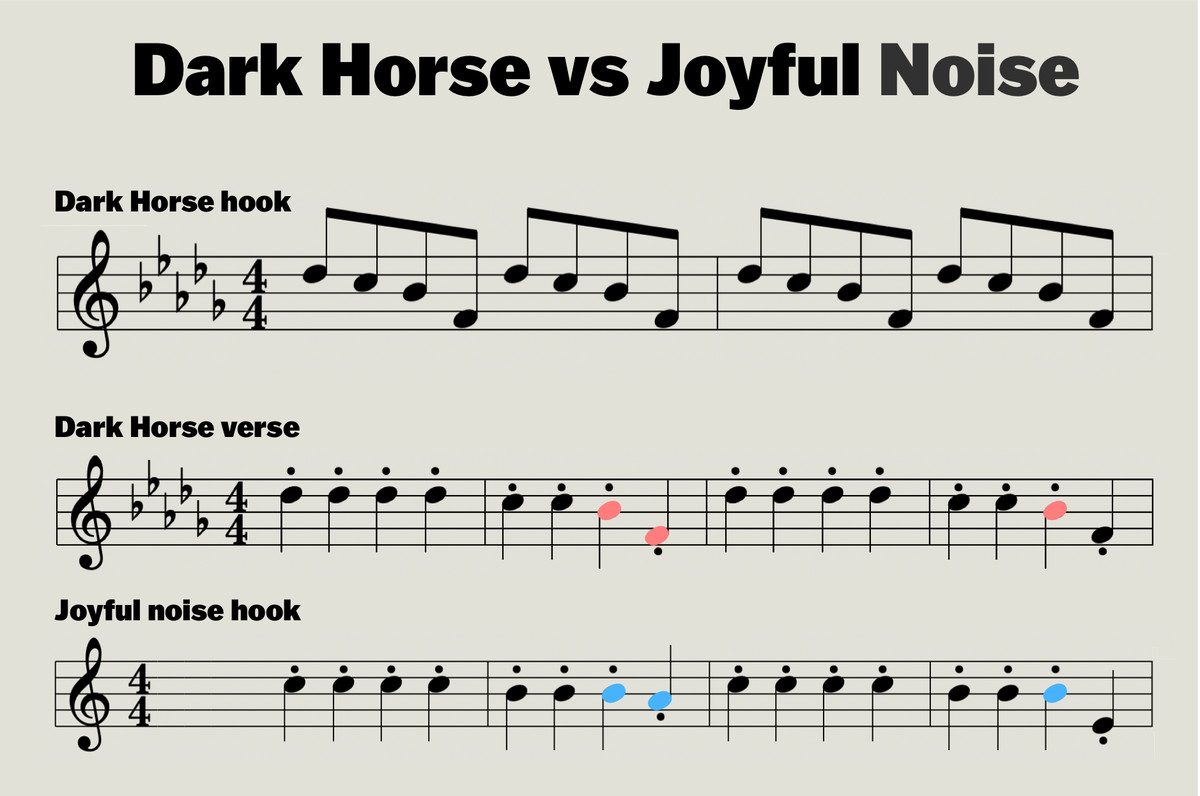 This case adds to the growing number of music copyright infringement cases in the US since Blurred Lines, including the Ed Sheeran case [Kat post here] that is currently on hold until the conclusion of the re-opened Stairway to Heaven case. It is a worrying precedent for songwriters that the threshold for infringement appears to driving down, here’s why:

The first ‘hurdle’ for the plaintiff is demonstrating a reasonable possibility that an alleged infringer has heard the protected work. Where there is no direct evidence of access, circumstantial evidence can be used to prove access either by (1) a particular chain of events between the plaintiffs’ work and the defendants’ access to that work (such as through dealings with a publisher or record company) or (2) showing that the plaintiffs’ work has been widely disseminated.

Perry and the song’s co-authors testified that they had never heard of Gray or his song before the legal action. However, the Court accepted that since Joyful Noise had wide dissemination through accumulated 3.88 million views on YouTube across 6 videos as well as the fact that the album it’s included on was nominated for a Grammy, Perry and the co-authors could have heard the song.

Across six videos - that is an average of 633,333 views, in over a decade (the song was released in 2008). In light of YouTube usage, these statistics are rather unimpressive, since, for example, over 5 billion videos are watched on YouTube every single day, YouTube gets over 30 million visitors per day, and 10,113 YouTube videos have generated over 1 billion views. [Here's a cat video that has aquired over 9 million views since 2017]. The expert witness for the defendants also pointed out that the six videos where dwarfed by the 4.14 trillion views during 2008-March 2013 by the hundreds of millions to billions of other videos uploaded during the period Dark Horse was created. So, it seems that in this day and age, the access criteria is essentially pointless if all the plaintiff has to show is a few hundred thousand YouTube views.

The crux of the alleged copy was a descending minor mode 8 figure ostinato. The plaintiff’s musicologist stated that the similarities between the ostinatos were substantial and significant, overlapping in rhythm, pitch content, melodic contour and timbre. However, during a deposition, the musicologist answered no to the question “so you don't know whether when you're using the term substantially similar it tracks with the legal definition or not, you don't know one way or the other?”

One of the issues with musicology reports in these types of cases, is that both sides are able to produce an expert report to support their arguments, and the experts are not necessarily aware of the legal definition of copying in relation to copyright infringement. Just because two songs sound similar, does not necessarily mean infringement. For example, the same ostinato used in these songs can also been found in Bach’s Violin Sonata in F Minor and the descending ostinato can be heard in Hammerstien’s Ol Man River, and even, according to the defence Mary Had A Little Lamb.

According to Perry’s testimony, it was the co-writers / producers who contributed the song’s instrumental track. Nevertheless, the jury determined that all the writers, producers and distributors of the song where liable for copyright infringement.

The idea that quarter notes descending in a minor scale from a third degree is original to the plaintiff’s work is questionable, in this Kat’s view, and this case surely risks creating a chilling effect on creativity in the music industry by limiting musicians use of sound.

There was disagreement around the profit earned by Dark Horse; Capitol Records argued that after costs it only made $630,000, Perry reported making $3.2 million, excluding $800,000 in costs but Gray’s lawyers told jurors ‘Dark Horse’ earned a total of $41 million.

The defendants are appealing the case, releasing a statement that said: "There is no infringement. There was no access of substantial similarity. The only thing in common is unprotectable expression — evenly spaced “C and “B” notes — repeated. People including musicologists from all over are expressing their dismay over this. We will continue to fight at all appropriate levels to rectify the injustice."

Reviewed by Hayleigh Bosher on Monday, August 05, 2019 Rating: 5
The IPKat licenses the use of its blog posts under a Creative Commons Attribution-Non Commercial Licence.