Nedim Malovic Sunday, December 22, 2019 - #IPKat, absolute grounds for refusal, Article 7 EUTMR, cannabis, EUTMR, Nedim Malovic, public policy, Weed
In an interesting decision issued earlier this month, the General Court (GC) confirmed that a sign that comprises of and depicts cannabis and weed leaves is contrary to public policy. The decision is relevant from many perspectives, including that of the growing cannabis industry and CBD-related products. The decision confirms the general principle that signs are not registrable if they might be perceived as encouraging the purchase of illegal goods or trivialising their consumption.

In December 2016, Ms Santa Conte (the Applicant) filed for an application for registration as an EU trade mark (EUTM) of the following figurative sign: 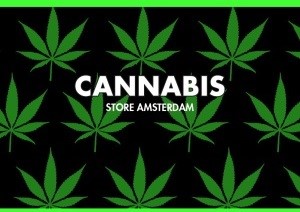 The application was for certain goods and services in Classes 30 (baked goods, confectionery, chocolate and desserts, salts, seasonings, flavourings and condiments, ice creams, frozen yoghurts and sorbets, and savoury pastries), 32 (soft drinks, beer and brewery products, preparations for making beverages), and 43 (services for providing food and drink) of the Nice Classification.

In September 2017, the EUIPO examiner rejected the application, having considered that it was devoid of any distinctive character in light of Article 7(1)(b) – (c) and 7(2) of Regulation 2017/1001 (EU Trade Mark Regulation (EUTMR)).

The Applicant appealed. The EUIPO Second Board of Appeal dismissed the appeal based on Article 7(1)(f) EUTMR. It considered that, by choosing the word ‘cannabis’ and the symbol of the leaf, the applicant, had drawn attention to the concept of ‘cannabis’ as a drug, The applicant could have used different terms (eg, ‘hemp’) in association with goods that, whilst derived from the plant cannabis, would be devoid of THC. Furthermore, there was no need to refer to Amsterdam, a city known for its tolerance towards the use of certain drugs.

The Applicant appealed once again, this time to the GC, submitting that the Board had unduly disregarded its obligation to examine the facts of its own motion as per Article 95 of the EUTMR.

The GC’s decision in a nutshell

The GC confirmed the Board’s decision by holding that:
Reasoning 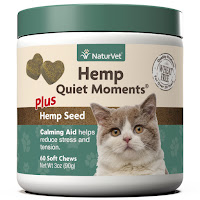 The Applicant submitted that the Board had been wrong to consider that the sign refers to ‘the symbol of a marijuana leaf’ and that that symbol refers to the psychotropic substance. The reason is that marijuana is not a species of plant, but a psychoactive substance obtained, not from cannabis leaves, but from the dried inflorescences of female cannabis flowers.

The GC accepted that the expression ‘marijuana leaf’ is inaccurate, but that that expression in reality refers to a psychotropic substance extracted from the dried inflorescences of female cannabis flowers. This finding did not however mean that the Board had failed to comply with its obligation to examine the facts of its motion, since the contested decision must be read it its entirety, giving precedence to the fact that the depiction of a cannabis leaf is the media symbol for marijuana.

The Board had considered that the city of Amsterdam had many points of sale for the narcotic derived from cannabis because the sale of cannabis is tolerated in the Netherlands under certain conditions. The Applicant attempted to argue that this element was merely used to refer to the origin of the cannabis that was used by the Applicant and to the style and atmosphere of the city Amsterdam from which inspiration of her goods and services was derived.

The GC did not accept this argument, since the Applicant had not disputed that Amsterdam is known for its coffee-shops which are authorised to sell marijuana and space cakes. According to settled case law, a sign must be refused registration if at least one of its possible meanings characterises the existence of an absolute ground for refusal (see for example, T‑428/17, Alpine Welten Die Bergführer v EUIPO).

As regards the inclusion of the word ‘STORE’, the Applicant had submitted that this element, together with word 'AMSTERDAM', did express a requirement for logical and idiomatic continuity, and the need to give the sign at issue the most international scope possible, English being the main language of global trade.

The GC noted instead that this meant that the public could expect the goods and services sold under that sign to correspond to those which would be available in a shop selling narcotic substances. This is because the inclusion of the word ‘store’, which normally means ‘shop’, taken together with the word ‘cannabis’ (being the dominant element in the sign applied for), would be perceived by the relevant English-speaking public as meaning ‘cannabis shop in Amsterdam’ and by the relevant non-English-speaking public as ‘cannabis in Amsterdam’, which, in both cases, coupled with the image of the cannabis leaves is a clear and unequivocal reference to the narcotic substance which is sold there. That public could therefore expect the goods and services sold by the applicant to correspond to those which would be sold in such a shop.

The GC therefore concluded that given the combination of the elements “cannabis”, “store” and “Amsterdam” taken together with the three rows of stylised green leaves, draws the attention of consumers, who do not necessarily have accurate scientific or technical knowledge regarding cannabis as a narcotic substance which is illegal in many EU countries.

The GC acknowledged that cannabis is not an illegal substance if its THC level is below a certain threshold. However, it also emphasised that, even though the legalisation of cannabis for therapeutic and recreational purposes is under discussion across the EU, the consumption and use of cannabis containing THC above a stated threshold remains illegal in most EU Member States. There is therefore a public health objective in tackling the narcotic substance derived from cannabis and combatting the harmful effects of that substance. Accordingly, rules on the use of that substance are a matter of public policy. Since the relevant public would perceive the sign as an indication that the food and drink products sold under it contain narcotic substances that are illegal in many EU Member States, the mark at issue was found to be contrary to public policy.
EU General Court considers sign referring to cannabis contrary to public policy

Reviewed by Nedim Malovic on Sunday, December 22, 2019 Rating: 5
The IPKat licenses the use of its blog posts under a Creative Commons Attribution-Non Commercial Licence.