Kat friend Marina Perraki summarizes the just concluded legislative enactment in Greece to introduce a form of mandatory, including with respect to IP infringement actions.

We have previously reported on Greece’s 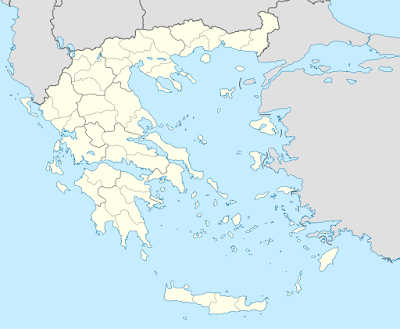 The respective law, 4512/2018, had been enacted, but its entry into force was postponed, following reactions of lawyers and bar associations. As a result, the drafting of a new law was commenced. After the conclusion of the public consultation, a final draft was submitted to Parliament, and it was approved by the Plenary on November 28, 2019.

Published the following day, on November 29, 2019, it is now law no 4640/2019 “Mediation on civil and commercial disputes – Further harmonization of Greek legislation with Directive 2008/52/EC of the European parliament and of the council of 21 May 2008 and other provisions” (the Law).

The main difference from the previous law (4512/2018) is that mandatory mediation has now been expanded to cover all disputes above a monetary claim of 30,000 euros. It applies also to all non- monetary claims (e.g. claims aimed at enjoining an IP infringement).

To be clear: what according to the Law is "mandatory" is only the “initial mediation session”, in which the mediator informs the parties on the nature of the mediation process. This is in contrast with the previous law, which, even though it in effect also provided for only a first mandatory mediation session (after or even during which the parties were free to leave without any consequence), it was “mandatory mediation”.

The Law was drafted in order for the Greek legislation to conform also with the decision of the Court of Justice of the European Union (CJEU) in the case C-729/2017. In that decision, the CJEU found that: “The Greek State, by limiting the legal form of education bodies of mediations, to non profit organisations, in which at least one bar association and at least one chamber of commerce must participate as founders” was violating art. 15 par. 2, ind. b and c, and par. 3 of Directive 2006/123/EC on services in the internal market.

Also, by subjecting the recognition of accreditation of mediators obtained in other EU member states to further conditions, it went beyond EU law.

The Law also aims at amending the previous mandatory mediation provisions so that they conform with a Greek Supreme Court opinion that held that mandatory mediation, as set out in law 4512/2018, was obstructing the right of access to justice.

According to the new provisions, the plaintiff’s lawyer, either before or upon filing the lawsuit, shall a) inform its client about mediation and the first mandatory mediation session where applicable (this obligation is already in force since November 20, 2019, upon publication of the Law); and b) for those disputes for which a mandatory first mediation session is provided, agree with the other party on appointment of a mediator, or submit a unilateral request to a mediator of his choice. 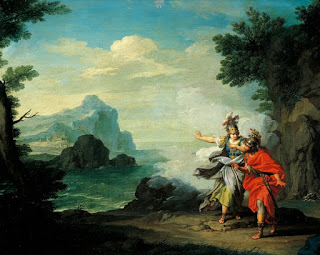 Under the Greek Civil Procedure Code, the parties must submit their written pleadings and evidence within 100 days (or 130 days if the defendant resides or is located abroad) from the filing of the law suit. This deadline is suspended under the new Law, from the moment that the mediator sends written notice of the mediation to the parties, until either the first mandatory session is terminated unsuccessfully, or a mediation that has continued thereafter terminates, or any of the parties leaves the mediation.

The parties (unless this is impossible pursuant to a list of circumstances), as well as their legal representatives, must all appear at the first mandatory session. The mediation may also be performed via teleconference. If, at the first session, the parties decide that they do not wish to enter into a full mediation process, the mediator shall compile appropriate minutes, and the parties shall submit them to the court.

As regards voluntary mediation, the Law substitutes all pre-existing provisions, but the new ones are in fact virtually identical to those under the previous law.

If the mediation takes place and the parties reach an agreement, this result must be explicitly stated as part of the minutes prepared by the mediator and signed by all mediation participants. The written minutes may be submitted to the court secretariat and upon such submission the minutes shall have full enforceable legal effect. Any party may initiate enforcement proceedings against the other, in the event of non-compliance, on the basis of such minutes.

The new mandatory mediation provisions will enter into force in March 15, 2020 for all disputes (except for family law disputes, for which they shall enter into force on January 15, 2020).The above does not apply to interim measures, such that mediation does not preclude the parties from seeking injunctive relief from the court. Further, the first mandatory session provisions do not apply when a preliminary injunction is filed.

The goal of the new law, which has been the aim of the Greek legislator since the legislative introduction of mediation in Greece in 2010, is to provide material relief for the case overload experienced in Greek civil courts.

More on Odysseus and Ithaca, here and here.

Photo of map on the upper left is by Lencer and is licensed under the Creative Commons Attribtion-Share Alike 3.0 Unported license.

Reviewed by Neil Wilkof on Thursday, December 05, 2019 Rating: 5
The IPKat licenses the use of its blog posts under a Creative Commons Attribution-Non Commercial Licence.