Peter Ling Monday, December 02, 2019 - #IPKat, 3G, anti-anti-suit injunction, anti-suit injunction, FRAND, international jurisdiction, IPCom, lenovo, motorola, patents, Peter Ling, SEP
Lately, the procedural toolkit of IP litigation has become increasingly creative [what else did you expect from a bunch of lawyers dealing with issues of inventiveness and originality on a daily basis]. It was only a few months ago that the Munich Regional Court made headlines by issuing an (ex parte) injunction ordering the defendant to withdraw an anti-suit injunction motion filed in a US court (and thus an "anti-anti-suit injunction"; see Katpost here).
In a recent decision, the Tribunal de Grande Instance of Paris was asked to issue a similar injunction in the context of a pending FRAND dispute initiated by IPCom against Lenovo and Motorola (case no RG 19/59311 of 8 November 2019). 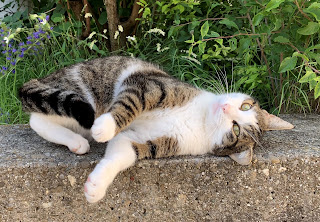 The background to the dispute is a patent portfolio, which IPCom acquired in 2007 from Bosch, related to certain aspects of 2G, 3G and 4G telecommunication technology. Part of this portfolio is EP 1 841 268 B2, regarding the "access of a mobile station to a random access channel in dependence of its user class" ("EP268"), which, the French court explains, has been declared essential "by the English courts" (likely referring to the decision summarized here) to the UMTS/3G standard. IPCom had provided a FRAND-undertaking under this patent to the European Telecommunication Standards Institute (ETSI) and has offered a license to Lenovo.
Lenovo did not accept the offer. Instead, it commenced litigation against IPCom in the US, seeking to have a global FRAND rate set by the US District Court for the Northern District of California for the relevant IPCom patent portfolio. In particular, Lenovo requested that the court issue an injunction against IPCom, prohibiting IPCom from; (1) continuing the on-going UK litigation; and (2) filing any other lawsuits based, inter alia, on EP268 (that is, an anti-suit injunction).
The procedural warfare then escalated quickly: IPCom filed a request for a preliminary injunction with the Tribunal de Grande Instance of Paris, demanding that Lenovo be ordered to withdraw the anti-suit injunction (i.e. an anti-anti-suit injunction), and Lenovo filed an emergency motion in California to expedite the hearing on the anti-suit injunction (which was rejected by the California court), so it could be heard before the French hearing takes place.

First, the Paris Court rejected Lenovo's objection that proceedings on the same subject matter are already pending in California (lis pendens). The case pending in California is an action in chief, while the request in France concerns a preliminary injunction. In addition, the subject matter of the California case are the conditions of a FRAND license, whereas the subject matter of the French proceedings is about "maintaining the patentee's freedom of action and the exercise of the patentee's exclusive rights".
Second, the Paris Court sets forth that an anti-suit injunction by an EU member state against the courts of another member state would be contrary to public policy (ordre public), because of the "mutual trust in the judicial systems of EU member states" (see CJEU C-159/02 – Turner/Grovit). Conversely, an anti-suit injunction coming from a non-EU jurisdiction can be recognized as valid, but only if its purpose is to enforce a contractual jurisdiction clause or an arbitral clause. In all other cases--

the anti-suit injunction constitutes an interference in the jurisdiction of the courts and has the effect of indirectly disregarding the exclusive power of each state to freely define the international jurisdictional competence of their courts.

Given that, in the case at hand, Lenovo and Motorola are not seeking an anti-suit injunction to enforce a jurisdiction clause or an arbitral clause, but to prevent the patentee from exercising its exclusive rights, IPCom has been granted the requested anti-anti-suit-injunction, but such injunction will apply only to the French part of EP268.

The injunction granted by the Tribunal de Grande Instance is remarkable for at least two reasons:
It will be worth keeping an eye on the future developments of this case, and not only for IP civil procedure aficionados. It is noteworthy that in the pending US proceedings, the US Department of Justice (Antitrust Division) filed on 25 October 2019 a Statement of Interest (available here) on the antitrust aspects of the anti-suit injunction (arguing that the anti-suit injunction sought by Lenovo and Motorola did not have a basis in antitrust law). Whether this further aspect will now become moot (because Lenovo and Motorola withdraw their respective requests in compliance with the Paris Court's decision) remains to be seen.
Paris Court Grants Anti-Anti-Suit Injunction in IPCom v. Lenovo

Reviewed by Peter Ling on Monday, December 02, 2019 Rating: 5
The IPKat licenses the use of its blog posts under a Creative Commons Attribution-Non Commercial Licence.