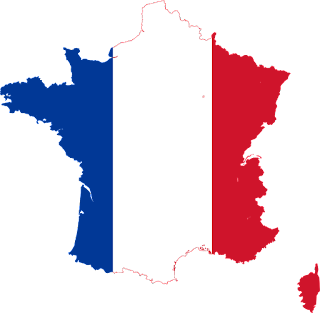 The new law will be completed by a Decree that will provide implementing Regulations. The new law will come into force the day after the publication of the Decree, which is currently under examination before the Conseil d’Etat (French Council of State) and, at the latest, on December 15, 2019, with respect to all Articles of the law, except those relating to cancellation actions, which will come into force on April 1st, 2020.

The new enactment constitutes a substantial transformation of French trade mark law, modernizing the available trade mark protection mechanisms, as part of the implementation of the EU Directive, whose goal is to harmonize EU national trade mark laws.

Four of the main changes concern the following: 1) elimination of the graphic representation requirement; 2) expanding the grounds of refusal; 3) increasing the list of possible prior rights on which an opposition may be based; and 4) establishing an administrative cancellation proceeding, which will be adjudicated before the French Trade Mark Office. Each of these changes is further explained below:

1) The first material change is the elimination of the graphic representation requirement for a valid trade mark. This change, taking in account technological developments, will enable the registration of new types of trade marks, such as motion, multimedia and motion hologram marks.

All available means of representation will be accepted, provided that the mark is represented in a “clear, precise, self-contained, easily accessible, intelligible, durable and objective” manner (13th recital of the Directive (EU) 2015/2436).

2) The list of grounds of refusal of a trade mark application is expanded to include geographical indications and plant varieties protected according to French laws, EU laws, or an international treaty to which France or the EU is a party. This means that the examination carried out by the Trade Mark Office will now include a determination based on these grounds, which may then result in an ex-officio refusal on this basis.

3) The new law provides for the possibility of basing an opposition on multiple prior rights in the name of the same holder. Up to now, an opposition could only be based on a single prior right, meaning that whenever it was necessary to invoke more than one prior right against a trade mark application, multiple oppositions were needed.

In addition, the list of prior rights on which an opposition may be based has been enlarged and will now include all of the following:

- Prior trade marks in force in France (i.e., French trade marks, EU trade marks and International registrations designating either France and/or the EU);

- The name of a publicly owned entity;

- The name, image or reputation of a local or regional authority; or a public establishment for cooperation between local authorities ; and

-A trade mark filed without authorisation by the agent or representative of the owner of a trade mark protected in a country member of the Paris Convention.

Moreover, the new law provides for a broader role by the Trade Mark Office regarding the assessment of the elements filed by the opponent as proof of use of the prior right, should this be requested by the applicant in the arguments in response to the opposition.

Up to now, the Trade Mark Office has carried out only a basic verification of the evidence filed by the opponent as proof of use, whereby showing use of the mark for a single good or service validated use of the mark for all the goods and services relied upon in support of the opposition. The new law provides that an opposition will be rejected for all the goods and services for which genuine use is not shown.

As of April 1st, 2020, and except for ongoing proceedings, the Trade Mark Office will be sole competent authority for the following main actions:

-invalidation actions based on absolute grounds; and 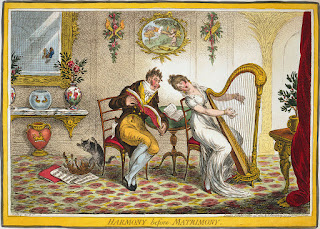 However, the territorially competent IP specialized courts will have jurisdiction when--

-the cancellation action is based on a design, copyright or right of personality;

-the cancellation action is a counterclaim as part of ongoing proceeding before the court (for example, an ongoing infringement or unfair competition action);

-provisional or injunctive measures have been requested from the court; or

-seizure based on infringement was carried out.

The above are only what we may consider the main innovations found in the new French Trade Mark Law; however, the new legislation involves many substantial changes to the current practice, to which not only practitioners will have to adapt, but also the Trade Mark Office itself as well as the competent courts through the application and interpretation of the new law.

Photo on left is byLokal-Profil, who has released it into the public domain.

Reviewed by Neil Wilkof on Tuesday, December 03, 2019 Rating: 5
The IPKat licenses the use of its blog posts under a Creative Commons Attribution-Non Commercial Licence.