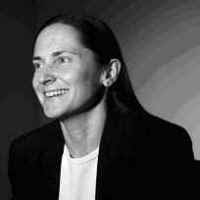 "I am delighted and honoured to have been appointed to this position. There have been a lot of interesting developments in trade mark law recently, so I am particularly looking forward to being involved in the decision-making process".

Anna, who recently conquered Mount Kilimanjaro to raise more than £11,500 for ActionAid, joined Wilberforce Chambers in 2003, after a ‘first career’ as a solicitor and IP partner at Linklaters. She has been an IP lawyer for nearly 20 years, with a particular focus on trade marks and designs. She is a CEDR Accredited Mediator, a member of Nominet’s Panel of Experts who decide domain name disputes, and is on the editorial boards of the European Trade Mark Reports and the Journal of Intellectual Property Law and Practice. She is described in Chambers & Partners 2007 as being “widely respected” and “easy to work with”.

The IPKat is of course thrilled to see Anna scale yet further heights. A little appreciated fact about her is that she is so far the only woman appointed to this position whose name does not contain the consecutive letters "a-n-d". Merpel's feeling a bit mischievous this morning, though. If, she says, women are sufficiently capable and responsible to make good Appointed Persons (as Ruth Annand and Amanda Michaels have already demonstrated), may we now also look forward to their being appointed as specialist IP judges within the Chancery Division's Patents Court?

Peer-to-patent strikes again! The IPKat has received the following information concerning the US pilot experiment with the use of wiki technology as a means of involving the entire community -- and not just patent examiners -- in the evaluation of the patentability of inventions for which an application for patent protection has been filed:

"FACT: It is an average of 44 months (almost 4 years) before you, the inventor, receive a First Office Action on the Merits of your patent application in Technology Center 2100 (Computer Architecture, Software, and Information Security).

FACT: If you participate in Peer-To-Patent you could have a First Office Action on the Merits for that same application in only 23 months, and as little as 7 months if you opt for early publication.

That's potentially 3 years faster and at no additional cost to you the inventor! What else might you invent with 3 years saved? How much would your business benefit from help finding the prior art to make your application the best it can be? 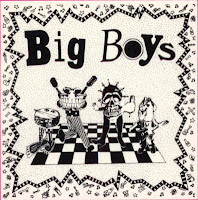 This pilot program runs only through June 2008 and is limited to 250 applications with special priority being given to inventors with fewer than 25 patents.Join already-participating companies such as GE, HP, IBM, Microsoft and other small inventors in this historic initiative to open up the patent examination process for public submission of prior art and commentary".

Says the IPKat, I love the bit about "GE, HP, IBM, Miscrosoft and other small inventors" -- but if these are the little ones, who then are the big boys?
Anna climbs another mountain; Peer-to-patent facts

Reviewed by Jeremy on Thursday, October 18, 2007 Rating: 5
The IPKat licenses the use of its blog posts under a Creative Commons Attribution-Non Commercial Licence.