If you like the smell of L'Oréal, you'll just love the ECJ reference ... 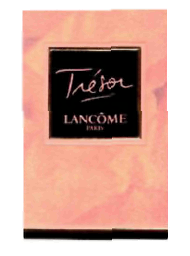 Yesterday the IPKat noted L'Oréal v Bellure [2007] EWCA Civ 936, a major decision of the Court of Appeal for England and Wales on the extent to which well-known branded perfumes are protected against the allusory use of their names, presentation and packaging by traders in smell-alike perfumes under trade mark and passing off law. Today the Kat returns to the case, in which Lord Justice Jacob gave a leading judgment with which Lord Justice Keene and Mr Justice Blackburne concurred,

Dismissing L'Oréal's appeal, the Court of Appeal stayed the defendants' appeals and referred the following questions to the European Court of Justice for a preliminary ruling:

"1. Where a trader, in an advertisement for his own goods or services uses a registered trade mark owned by a competitor for the purpose of comparing the characteristics (and in particular the smell) of goods marketed by him with the characteristics (and in particular the smell) of the goods marketed by the competitor under that mark in such a way that it does not cause confusion or otherwise jeopardise the essential function of the trade mark as an indication of origin, does his use fall within either (a) or (b) of Art 5 of Directive 89/104?" [Jacob LJ explains: "The reason I propose asking virtually the same question as in O2 [see IPKat post here] is to ensure it is answered. One cannot rely on a parallel reference actually reaching the Court otherwise. In particular it may settle in which case the question will remain unanswered in this case. Of course (as I hope) this case may catch 02 up, in which case the Court will deal with the question in both cases. If not, the answer in O2 will very probably answer the question here too": para.34] 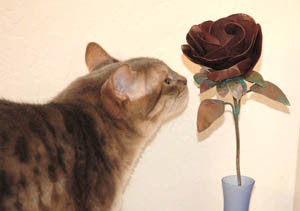 "2. Where a trader in the course of trade uses (particularly in a comparison list) a well-known registered trade mark for the purpose of indicating a characteristic (particularly a smell of a fragrance product) of his own product (particularly its smell) in such a way that:
it does not cause any likelihood of confusion of any sort; and
it does not affect the sale of the products under the well-known registered mark; and
it does not jeopardize the essential function of the registered trade mark as a guarantee of origin and does not harm the reputation of that mark whether by tarnishment of its image, or dilution or in any other way; and
it plays a significant role in the promotion of the defendant's product
does that use fall within Art. 5(1)(a) of Directive 89/104?" [explains Jacob LJ: "This question does not include any reference to "without due cause" or a "taking of unfair advantage". That is deliberate. The phrases are by no means easy to interpret. They are not used expressly in Art.5(1)(a) although, by virtue of the decision in Davidoff v Gofkid ... they are, I think, implicit. The point of the question is to confine the assumption to the facts": para.48]

"3. In the context of Art 3a(g) of the Misleading Advertising Directive (84/240) as amended by the Comparative Advertising Directive (97/55), what is the meaning of "take unfair advantage of" and in particular where a trader in a comparison list compares his product with a product under a well-known trade mark, does he thereby take unfair advantage of the reputation of the well-known mark?" [para.66]

"4. In the context of Art. 3a(h) of the said Directive what is the meaning of "presenting goods or services as imitations or replicas" and in particular does this expression cover the case where, without in any way causing confusion or deception, a party truthfully says that his product has a major characteristic (smell) like that of a well-known product which is protected by a trade mark?" [para.68]

"... I think the tort of passing off cannot and should not be extended into some general law of unfair competition. True it is that trading conditions have changed somewhat over time – but I cannot identify any particular change which makes a general tort of unfair competition desirable, still less necessary. If the courts (or indeed Parliament) were to create such a tort it would be of wholly uncertain scope – one would truly have let the genie out of the bottle. Accordingly I would dismiss the "unfair competition" appeal".

The IPKat waits excitedly to see what response the Court of Appeal gets for its requests for a preliminary ruling. He's also relieved that passing off isn't metamorphosing into a tort of unfair competition in a piecemeal, sideways manner: if it is to be done, it should be done cleanly and efficiently by Parliament, rather than being funded by generations of litigants who can't find out whether a particular course of commercial conduct is lawful or otherwise except by going to court.
If you like the smell of L'Oréal, you'll just love the ECJ reference ...

Reviewed by Jeremy on Thursday, October 11, 2007 Rating: 5
The IPKat licenses the use of its blog posts under a Creative Commons Attribution-Non Commercial Licence.