Fellow blogger and expert in all things ISPs and French, Alberto Bellan, provides a thorough and thoughtful analysis of the latter.

"The background to this dispute was not dissimilar to many other proceedings against video-sharing platforms' operators that IP lovers have been following for a number of years. The typical plot is as follows: users of a video-sharing platform upload videos grabbed from TV shows or movies. Instead of suing direct infringers, who are hardly identifiable and have less-deep pockets, rightholders bring infringement proceedings against the ISPs operating the video-platforms.

All these proceedings have  a number of recurring issues in common, including: what liability regime should apply to ISPs running second-generation video-sharing platforms (ie, platforms that offer services other than mere hosting); how infringement and ownership over outstandingly high number of allegedly infringed contents is to be ascertained; whether users' uploading activity causes actual damages to rightholders and, if so, how to calculate them.

The decision that the Paris Court of Appeal delivered earlier this week (2 December) makes no exception.

SA Télévision Française 1 ('TF1') and other affiliated companies found that some videos to which they jealously own the copyright had been uploaded on well-known video-sharing platform Dailymotion.

After sending a number of takedown notices that Dailymotion did not entirely or promptly processed, TF1 and its friends brought proceedings against this ISP.

In 2012, the Tribunal de Grande Instance de Paris held Dailymotion liable for not having taken down some contents promptly enough, and ordered it to pay EUR 300k in damages and legal fees.

The recent ruling of the Paris Court of Appeal upheld the reasoning line of the first-instance decision, with some interesting additions.

An ownership claim? Prove it

Although this may be easily demonstrated with works that the claimant produced, things may be harder with shows produced by third parties, and that the TV channel broadcast as a mere licensee. In these cases, the Court stated, the claimant have to ground their standing to sue for all and any content over which they claim infringement. Accordingly, they have to submit licensing and/or assignment agreements proving their legal entitlement at the time when the alleged infringement took place.

In the many pages of the ruling devoted to this very issue, the Court of Appeal established that the mere presence of the Channel's logo on the uploaded videos and programmes schedule (including the shows' titles) are not enough to ground ownership, nor is the circumstance that the claimant has held rights over the work for a period of time in the past if it does not also demonstrate that the infringement took place during the period in which the licence was in place.

After a strict ownership analysis, the Court of Appeal identified the works over which the claimants could claim rights, and excluded those whose ownership was not proved at the time when the infringement was determined. 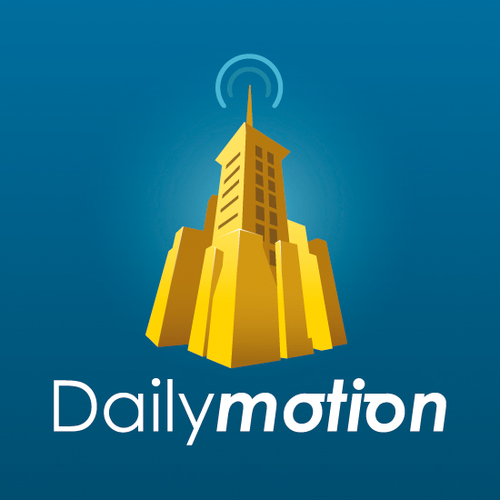 The second point that the Court of Appeal considered was the liability regime to be applied to Dailymotion.

The latter's video-sharing platform provides services other than mere hosting. Among other things, Dailymotion provides for related-videos and internal notice-and-take-down services, automated functionalities highlighting the most-viewed videos, and dedicated channels for motion makers and professional users.

According to TF1 and the other claimants the above would demonstrate that Dailymotion's approach towards the hosted contents would not really be passive and neutral, but rather akin to the role of an actual content editor. In the best glory of the "active provider theory", the claimants claimed that Dailymotion could not enjoy the 'safe harbour' protection of the E-Commerce Directive and that a strict liability regime should be applied instead.

The Court of Appeal dismissed such argument, holding that the automatic nature of the additional services do not prevent an ISP from benefiting from the safe harbour within Article 14 of the E-Commerce Directive, as well as Article 6 of French Law No 2004-575, which transposed this directive into the French system.

Interestingly enough, the Court of Appeal also held that Dailymotion's partnerships with motion makers and professional users actually make the role of this ISP akin to that of an editor. However

"the existence of those partnerships and the circumstance that, within those particular frameworks, Dailymotion performs the role of an editor, do not exclude that that ISP can be regarded as an hosting provider [under Article 14 of the E-Commerce Directive] as regards the other contents for which it provides technical hosting services".

After ISPs that merely provide hosting services and ISPs that offer additional but merely automatic functionalities, here's a third generation hosting providers allowed to play a double role -- "editor" towards contents agreed with professional partners (normal liability applies) and hosting providers towards common user-generated contents, regarding which the E-Commerce safe harbour may apply.

In this perspective Dailymotion is not supposed to undertake a control over the uploaded contents in advance and shall be found liable only if it acquires actual knowledge of the infringing contents' existence and it does not act promptly to take them down. Such actual knowledge arises when the ISP receives a detailed infringement notice that, in line with Article 6(I)(5) of the French Law No 2004-575, provides "the description and the exact localisation" [ie, the URL] of the contested contents" [see the ruling of the Court of Justice of the European Union’s in L’Oréal, Case C-324/09, para 122, and the rulings of the courts of appeal of Madrid and Paris, noted on this blog here and here respectively].

The Court acknowledged that the above is something that the claimants actually did, and in some cases Dailymotion did not promptly remove the allegedly infringing works. In this perspective, the Court meticulously took into account when the notices were received and the days of Dailymotion's inactivity in taking them down. Keeping the works available for one week after the notice's receipt is too much, the Court said. In light of this criterion, Dailymotion was found liable for not expeditiously taking down 566 works.

Does unlawful uploading of contents over a video-sharing platform cause actual damages to the rightholder? This is a tricky question (and, incidentally, also the research topic of my own PhD). For instance, when it comes to film trailers, a single scene or a fragment too short to be licensed, it could be hard to demonstrate that rightholders have suffered an actual economic loss. Actually, it might be the case that those infringements could instead have a beneficial, eg promotional, effect on the original work. How to draw the line between harmful and promotional infringements then?

The decision of the Paris Court of Appeal shed some light. The Court held that the making available of substantial parts of protected works on Dailymotion would result in infringing works negatively affecting the normal exploitation of the rightholders' works:

"Allowing the internet users to avoid watching the programmes when they are broadcast by SA TF1 and to use the Dailymotion website like a TV on demand … having a negative impact on the TV audience and, sometimes, on the promotional incomes thereof".

The actual competition [if not substitution effect tout court] between the original and infringing works resulted in the claimants being damaged.

This said, the criterion that the Court employed to determine the actual compensation is not completely clear. The amount that TF1 yearly invests to produce or obtain licences over the works it broadcasts varies between EUR 290 and 390m. It follows (?) that "the damage that TF1 suffered as a consequence of Dailymotion activity can be quantified in EUR 2,000 for each" of the 566 videos reproducing TF1’s episodes not promptly taken down, topping the considerable amount of EUR 1,132,000.

I have hardly tried to understand the actual relation between TF1's investment and the damages per video as calculated by the Court. Lacking detailed statutory or case-law guidelines on this point, it comes as no surprise that courts may calculate infringement-related damages in, let's say, creative ways. Any input from French readers on this point would be greatly appreciated.”
TF1 v Dailymotion: meet third generation hosting providers

Reviewed by Eleonora Rosati on Saturday, December 06, 2014 Rating: 5
The IPKat licenses the use of its blog posts under a Creative Commons Attribution-Non Commercial Licence.