RSS feeds. This Kat has never become attached to the use of RSS feeds as a means of keeping abreast of his favourite weblogs, since his earlier ventures in that direction were not terribly successful.  Nonetheless this weblog offers an RSS feed facility and it has recently generated some comments on the part of its users, some of whom have not found it particularly reliable. The original feed at http://feeds.feedburner.com/IPKat does not seem to be working but there is also another, presumably newer one, which can be found at http://feeds.feedburner.com/theipkat and which was working happily this morning. 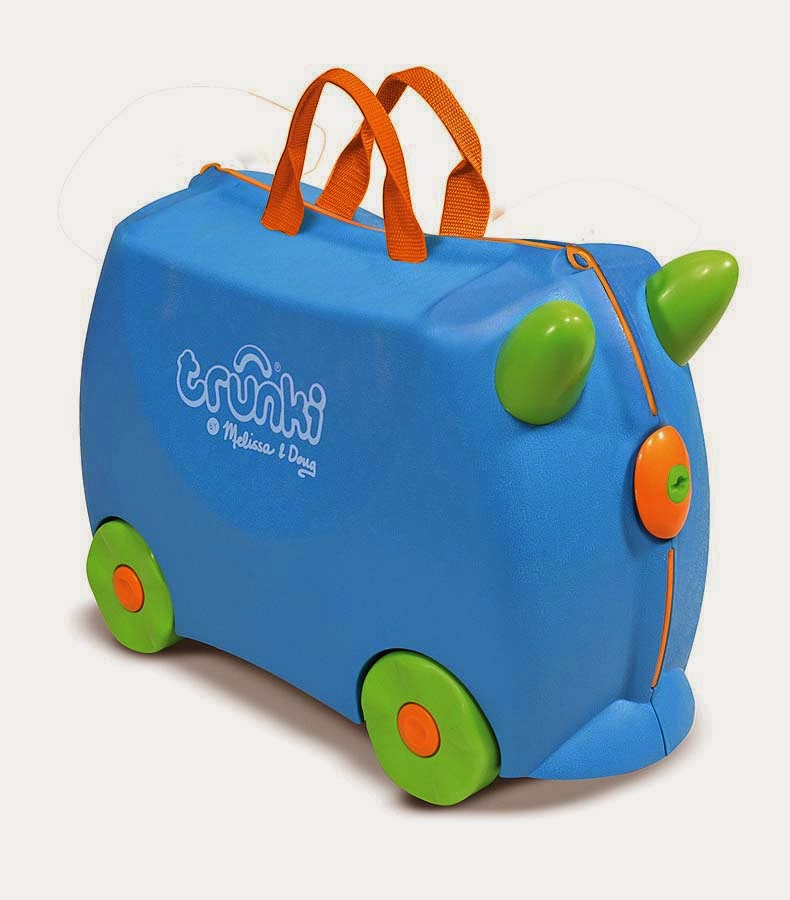 Trunki goes to the Supreme Court.  In case you missed the news, the controversial Magmatic v PMS International litigation over the scope of protection enjoyed by the designers of Trunki children's luggage is heading for the UK Supreme Court. Magmatic's registered Community design was held valid and infringed by Mr Justice Arnold here, but the Court of Appeal took a different line and reversed his decision here. In the Court of Public Opinion for England and Wales, Arnold J's decision was warmly applauded -- it protects a local product against a foreign invader, it sends out an encouraging message to anything thinking of designing and developing new products and it reads quite convincingly too.  The Court of Appeal however took a different but equally plausible view.  We await with excitement to see what the Supreme Court has to say about it.  Also waiting with excitement is design owners' organisation ACID, which has been working hard both behind the scene and in front of it to protect the rights of one of its members (ACID and the UK Intellectual Property Office both wrote in support of Magmatic's petition for leave to appeal to the Supreme Court).


Francis Gurry Lecture 2015. If you don't fancy the offerings on TV this Christmas/New Year, you can always tune in to the first version of this year's Francis Gurry Lecture, given last month by IPKat blogmeister Jeremy in four hospitable and IP-active Australian venues: Melbourne, Canberra, Sydney and Brisbane (it was supposed to be the same lecture given four times over, but it's surprising how often things don't work out quite as planned ...).   The Melbourne version is available on YouTube here.  Of the four, Jeremy thinks the Sydney version was the best, partly because he was able to incorporate some of the things that occurred to him when responding to questions and comments after the first two lectures and also because, in Sydney, he had the benefit of a lectern that was exactly the right height for him to be able to refer to his notes.

Hair-raising. Israeli patent attorney and fiction writer Kfir Luzzatto has come up with some surprises in his time, but his latest book will take some beating. Regrow Your Hair With Your Mind: Do It With Words is a remarkable proposition concerning the power of the mind over the body, though not one which will concern most felines on account of their being almost entirely covered with a superfluity of body hair which they need in order to be able to deposit it freely on cushions, chairs and the trouser legs of those against whom they may occasionally deign to rub up against.  While this book is unlikely to be reviewed in the intellectual property press, it may be a welcome change from the usual patent, trade mark and copyright stuff.  The IPKat wishes it (and Kfir) all the best.


Around the weblogs.  This weblog carried a post this Monday on the Spanish Supreme Court DENSO ruling on whether plaintiffs in trade mark infringement cases had to eliminate a later registrant's trade mark before succeeding in an infringement claim. The MARQUES Class 46 weblog has its own take on the same ruling by Álvaro Porras Fernández-Toledano, which you can read here.  the jiplp weblog carries a note on an important Dutch ruling, ordering the disclosure of source code in China with a view to its later use in breach of confidence proceedings in the Netherlands. On the 1709 Blog, Asim Singh offers some further thoughts on the French TF1/DailyMotion ruling, regarding collaborative works and the presumption of ownership of copyright, while Ben Challis -- who is busily preparing his mammoth Copyright Review of the Year -- offers some baubles of his own. Finally, on Afro-IP, Jeremy Speres writes up a recent South African case on notional trade mark use and fish and chips, a decision in which both parties are Lucky but only one of them is really Lucky.
Wednesday whimsies

Reviewed by Jeremy on Wednesday, December 24, 2014 Rating: 5
The IPKat licenses the use of its blog posts under a Creative Commons Attribution-Non Commercial Licence.