The Story of "Oh": successful sample for Jay-Z, but so Tuf for the plaintiff

Jeremy Sunday, December 21, 2014 - Copyright infringement, de minimis, Jeremy Phillips, sampling, United States
Sampling of musical recordings is a topic that excites a lot of people in the United States, where the bulk of the world's litigation on that subject appears to have taken place. This Kat is all in favour of it and thinks it's part of the creative process, so long as it's not a substantial copying or one which is providing a market substitute for the sampled work -- but he knows that others have strong views to the contrary. In this guest blogpost, Shalini Bengani writes about a recent piece of US litigation in which she considers the court reached the right result:

Jay-Z’s lawyers must be having a busy time, because celebrated rapper and record producer has been embroiled for quite some time in intellectual property law suits (see eg my earlier guest Katpost here).  but this recent item has brought him some comfort. TufAmerica Inc v W B Music Corp 13-cv-7847(LAK), heard by the US District Court for the Southern District of New York, had to decide whether Jay Z’s alleged sampling and use of the syllable “oh” in an audio recording and music video entitled Run This Town  amounted to copyright infringement. Sampling, as we know it, is the incorporation of previously recorded works of others into new musical compositions. The sample can be as small as a single note or beat, or may be a longer phrase or musical passage. 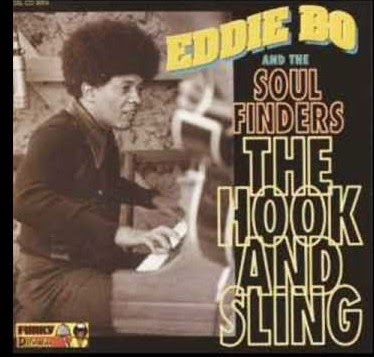 TufAmerica acquired the rights to Hook and Sling in 1996. The Hook & Sling master begins with Eddie Bo calling out “Are ya ready?” A group responds “Yeah!” At 0:03, Bo calls or shouts “oh!” and then “one, two, a-one, two, three, four.” Percussive music then begins, followed by more lyrics and a guitar melody with bass support. TufAmerica claimed that Run This Town used an unlicensed sample from Eddie Bo’s 1969 funk composition Hook and Sling – Part 1, seeking back-royalties and damages. It would be pertinent to mention here that TufAmerica had previously sued Kanye West for sampling the same song.

The allegedly infringing work Run This Town bears very little and perhaps no similarity at all to Hook & Sling Part  I . The melody and lyrics are entirely different. The lyrics do not contain the word “oh.”  The alleged “sample” of that word, which appears in Jay-Z’s recording and video 42 separate times, features only in the background and in such a way as to be audible and aurally intelligible only to the most attentive and capable listener. Qualitative and quantitative significance In considering whether two works are substantially similar, the court had to examine whether the copying went to trivial or substantial elements of the original work, asking whether the copying is quantitatively and qualitatively sufficient to support the legal conclusion that infringement (actionable copying) has occurred.

The defendants averred that neither the word “oh” nor its performance were sufficiently original to be protectable. ‘Oh’ is a commonplace word and, standing alone, it likely is not deserving of copyright protection.  Indeed, the plaintiff’s counsel had themselves conceded that their clients’ composition claims were “extremely weak”; the court agreed. The word “oh” featured only once (if it featured at all) in the introductory lyrics to Hook and Sling Part 1 and there is nothing inherently important about “oh” in the message conveyed or the theme presented in the composition. Accordingly the court held that the relevant works bore no substantial similarity to one another. Moreover, the word “oh” has no quantitative significance to Hook & Sling Part 1 or to the master, as the sampled portion constituted only a fraction of a second in a recording that was about 2 minutes 35 seconds long.

The court also held “oh” to be qualitatively insignificant. Judge Lewis A. Kaplan was not swayed by the plaintiff’s counsel’s assertion that the sampled lyric “oh” served as the introductory gateway to the main body of the song, that it set the exuberant tone for the remainder of the work and that, without Eddie Bo’s “loudly-shouted, buoyantly exuberant ‘Oh!’, the Hook & Sling master “would be materially diminished”. The court instead held that the master would not have suffered if “oh” had been replaced by any of the host of monosyllabic or duo syllabic utterances. Indeed, “oh” could have been pmitted entirely without altering the essence of Hook & Sling Part I or Eddie Bo’s performance.

In the US, the ‘substantial similarity’ test (and, in the UK, ‘substantial use’) is the touchstone for finding infringement of a musical work. First, and most importantly, the substantial similarity test in all cases considers only the qualitative and quantitative significance of the copied portion in relation to the plaintiff’s work as a whole. Its significance to the defendant’s work is irrelevant. The fact that the defendants allegedly sampled “oh” 42 times in Run This Town says absolutely nothing about the recording’s qualitative significance to Hook & Sling Part I or to Eddie Bo’s performance in the Hook & Sling Master. The court held that the alleged sampling of “oh” in Run This Town is sufficiently de minimis and is barely perceptible in the allegedly infringing works. Judge Kaplan explained that the plaintiff wrongly assumed that every copying of any part of another artist’s protected work is infringement. He quoted Judge Newman of the Second Circuit, who stated that factual copying and actionable copying are not coextensive concepts. Factual copying requires only the facts that the infringing work copies something from the copyright work, whereas actionable copying requires that the copying is quantitatively and qualitatively sufficient to support the legal conclusion that infringement has occurred. Here, therefore, the plaintiff had erroneously conflated factual and actionable copying. 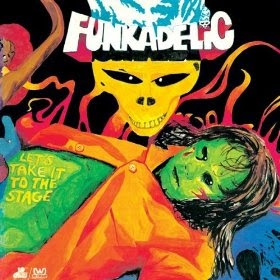 The leading US decision on copyright infringement of sound recording in respect of  music sampling is Bridgeport Music, Inc. v Dimension Films 410 F.3d 792 (6th Cir. 2005), in which the Sixth Circuit held that the unlicensed sampling of a sound recording constituted per se infringement and therefore a two-second sample from Funkadelic’s “Get Off Your Ass and Jam” was held to infringe the band’s copyright in NWA’s “100 Miles and Runnin’”. The present decision has however reached the opposite conclusion, finding that a sample with a duration of a fraction of a second was de minimis or trivial copying which does not constitute actionable infringement.

This decision should receive plaudit for slamming the door on “sample trolls” like TufAmerica that acquire recordings and then use music-parsing technology to seek out famous artists to sue. This decision should therefore give reason for many sampling artists to rejoice. But for how long will the celebrations last, at least for Jay-Z?  It has now been reported that a Hungarian folk singer, Mitsou, has accusing Beyoncé and Jay Z of ripping off her old hit “Bajba, Bajba Pelem", this being a folk tune passed on to her by her grandmother.

Katpat to Chris Torrero for providing the original link


Song without words here
The Story of "Oh": successful sample for Jay-Z, but so Tuf for the plaintiff

Reviewed by Jeremy on Sunday, December 21, 2014 Rating: 5
The IPKat licenses the use of its blog posts under a Creative Commons Attribution-Non Commercial Licence.