Do you love Paris in the Fall? If you do, come to EPLAW's Europe/Japan day of mock trials! 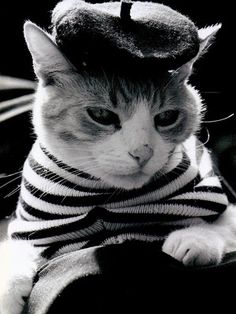 One of the AmeriKat's favorite movies is French Kiss.  Admittedly it is not the world's greatest cinematic accomplishment, but the pairing of a neurotic, hospital corners Meg Ryan with a laissez-faire, gruff Kevin Kline against the French countryside just hits that sweet-spot of enjoyable viewing.  Meg Ryan's "Kate" character tries to overcome her fear of flying by singing Cole Porter's "I love Paris" before taking off to Paris to find her absconded fiancee.   The song doesn't work, but the whisky proffered by her seatmate, Kevin Kline's "Luc", does.

However, perhaps if Kate had used her neuroticism to become a patent lawyer and was flying to Paris for EPLAW's upcoming series of mock trials dedicated to obtaining evidence of patent infringement, the whisky would not have been needed.

On 23 September 2016, EPLAW is staging an event in Paris where Judges Shitara, Giradet, Grabinski and Hacon will hear four mocks dedicated to obtaining evidence of patent infringement in Japan, Germany, France and the UK. See recent Kat post here for additional details.  The announcement states that:


"​Proving infringement of patents in complex technologies is increasingly challenging. Often the key evidence is in hands of another party and may be highly confidential. The court procedures of the key jurisdictions of Japan, France, Germany and the UK have developed a variety of approaches to deal with these challenges, and continue to evolve. The UPC rules of procedure have adapted a number of these approaches.

The Japanese court and legislature are also reforming evidence gathering. This event provides an insight from judges and patent litigation lawyers from these key jurisdictions involved at the forefront of the development of the law. The evidence gathering challenges which patentees and defendants face in the current systems and in the future will be brought to life by a mock trial format."

The AmeriKat understands that spaces are nearly filled, so if you want to know how to obtain (or prevent the obtaining of) evidence of patent infringement be it in Paris, London, Tokyo or Munich and, unlike Kate, you love Paris in the Fall, you better hurry!

Reviewed by Annsley Merelle Ward on Sunday, September 11, 2016 Rating: 5
The IPKat licenses the use of its blog posts under a Creative Commons Attribution-Non Commercial Licence.