Several months ago, the arbitral tribunal in the matter of Philip Morris v. Uruguay issued the first-ever award on the merits in an IP-related investment dispute. This was an event eagerly awaited by Katfriend Simon Klopschinski, attorney-at-law at the German IP firm rospatt osten pross, who has been looking forward to the opportunity to put his Kat paws on this decision and share his thoughts about it.

"The issue in dispute between the tobacco company Philip Morris and the country of Uruguay was the following anti-tobacco legislation, enacted by

Uruguay during the first term of President Tabaré Vázquez (2005-2010), an oncologist by training, who is a fierce campaigner against smoking:

Ordinance 514 of 2008 prohibits the use of multiple presentations (i.e. variants) of any cigarette brand. Tobacco companies only have the discretion to pick which variant would remain on the market. For example, for the Marlboro family, Philip Morris chose Marlboro Red, whereas Marlboro Light, Blue, and Fresh Mint were taken off the market (‘Single Presentation Requirement’ – SPR; see the summary in para. 108 ff of the award).

Presidential Decree 287 of 2009 mandates an increase in the size of prescribed health warnings on the surface of the front and back of the cigarette packages from 50% to 80%, leaving only 20% of the cigarette pack for trademarks, logos and other information (in arbitral proceedings referred to as ‘80/80 Regulation’; see the summary in para. 121 ff of the award).

Following unsuccessful attempts to challenge SPR and the 80/80 Regulation before state courts, at the beginning of 2010 Philip Morris filed a request for arbitration against Uruguay with the International Centre for Settlement of Investment Disputes (‘ICSID’), claiming that:

SPR had substantially impacted the value of its Uruguayan operations; and

the 80/80 Regulation had wrongfully limited Philip Morris’ right to use its legally protected trademarks and had prevented their proper display.

Such claimed deprivations of the IP rights of Philip Morris’ IP constituted, according to the tobacco company, breaches of Uruguay’s obligations under the Switzerland-Uruguay Bilateral Investment Treaty, in particular with regard to expropriation (Article 5) and fair and equitable treatment (Article 3(2)), entitling Philip Morris to compensation and damages. While an interim verdict of 2013 had affirmed the arbitral tribunal’s jurisdiction over the case, the majority of the arbitral tribunal held that the claims brought forward by Philip Morris were unfounded on the merits and therefore it dismissed the action.

‘In any case, the effects of the SPR were far from depriving Abal [Philip Morris’ Uruguayan entity] of the value of its business or even causing a “substantial deprivation” of the value, use or enjoyment of the Claimants’ investments, according to the standard that has been adopted for a measure to be considered expropriatory’ (para. 284 of the award).

In addition, the arbitral tribunal found with regard to Philip Morris’ expropriation claim as follows:

‘But the fact remains that the incidence of smoking in Uruguay has declined, notably among young smokers, and that these were public health measures which were directed to this end and were capable of contributing to its achievement. In the Tribunal’s view, that is sufficient for the purposes of defeating a claim under Article 5(1) of the BIT’ (para. 306 of the award).

Concerning Philip Morris’ allegation that it was denied fair and equitable treatment, the decision of the majority of the arbitral tribunal was significantly influenced by the following considerations:

‘The Tribunal agrees with the Respondent that the “margin of appreciation” is not limited to the context of the ECHR but “applies equally to claims arising under BITs,” at least in contexts such as public health. The responsibility for public health measures rests with the government and investment tribunals should pay great deference to governmental judgments of national needs in matters such as the protection of public health’ (para. 399 of the award).

In a dissenting opinion, arbitrator Gary Born rejected the finding of the majority that SPR did not violate the fair and equitable treatment standard. Mr. Born regarded the challenged measure as arbitrary since there is no connection between SPR and its only articulated objective, protecting consumers against deceptive uses of trademarks. He especially focused on the under-inclusive character of SPR:

‘In particular, Ordinance 466 has the effect of prohibiting multiple presentations of a single trademark, but did nothing to address the misleading presentation of different trademarks, and specifically, did nothing to prohibit the use of so-called “alibi brands” that used slightly different combinations of colors and designs to accomplish precisely the same results that the single presentation requirement was supposedly intended to prevent’ (para. 168 of the dissenting opinion).

Furthermore, Mr. Born held that the terms of the Switzerland-Uruguay Bilateral Investment Treaty cannot be understood to provide the host state 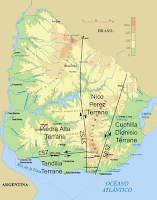 with a ‘margin of appreciation’ – a concept developed in a different context, namely the European Convention on Human Rights. The case has been used by NGOs (see for instance the Global Justice Now website) as an example of the allegedly deterrent effect of investment arbitration on states that intend to issue public health measures (so-called ‘regulatory chill’). The dismissal of Philip Morris’ claims shows that such fears are largely unfounded. On the other hand, even though the arbitral tribunal’s majority decision is well-reasoned, the question remains whether it is appropriate to bring about a result whereby a lawful business can be subjected to a such severe restriction in respect of core assets, such as its brands, without being paid any compensation (even in case of a public health measure). In this respect, the dissenting opinion of Mr. Born raises convincing arguments in favour of Philip Morris.

Reviewed by Neil Wilkof on Tuesday, September 13, 2016 Rating: 5
The IPKat licenses the use of its blog posts under a Creative Commons Attribution-Non Commercial Licence.