Tian Lu Wednesday, May 30, 2018 - AI, IPO 2018, machine learning, Tian Lu, upc, UPCA.
Hereby this Kat gladly present you the second half report of the IPO’s 2018 European Practice Committee Conference, i.e. the Afternoon Session on the topics of UPC and IP/Legal Tech. You can find the report on the Morning Session here.

1. Moderator Aloys Hüttermann (Michalski • Hüttermann & Partner, Düsseldorf, Germany) warmly welcomed leading patent infringement lawyer Mr Willem Hoyng (Hoyng ROKH Monegier, Amsterdam, Netherlands) to give a presentation on the current state of implementation of the Unitary Patent package. Mr Willem Hoyng is also known as a member of the drafting committee of the Rules of Proceedings of the future Unified Patent Court (UPC) and member of the Advisory Committee of the UPC Preparatory Committee. 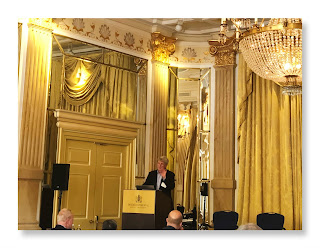 Mr Willem Hoyng firstly walked the audience through the history of UPC from 2013 with the 25 EU countries’ signatories (all but Spain, Poland and Croatia) to 2018 with the UK’s ratification, and then discussed the present situation which involved the issues inter alia regarding Brexit and Germany.

Art. 2 and Art. 84 of UPC read that only the members of EU can participate, which leaves question marks on what the situations will be after UK’s leave in March 2019. The relatively easier approach will be taken by Administrative Committee to change the UPC in order to bring it in conformity with international rules relating to patents or Union law, although the new diplomatic conference might be necessary if one country does not want it.

He discussed the German constitutional complaint filed by German attorney Dr Ingve Stjerna which, in short, concerned the facts that it was not accepted by 2/3 majority, and there was not sufficient democratic control because of Administrative Committee’s broad powers; judges are not independent, considering that they would be chosen only for limited period; UPC is contrary to EU law, etc. The outcome of this complaint still remains uncertain.

In the optimistic scenario, ratification by Germany will happen on 1 December 2018, so that in January 2019 the provisional application will start (the sunrise period), and eventually in July 2019 the Court will be open for business; and it remains not only one, but three question marks, literally, in the pessimistic scenario.

“In the meantime, people keep working”, in the end of the speech, he summarized the multiple works and progresses that have being conducted by Member States, which includes the technical changes of the rules regarding proceedings, the case management system, the ongoing national legislation, the education of judges, and the Venice conferences.

2. In a very much informative and well-structured manner, Hon. Judge Klaus Grabinski (Federal Court of Justice (Bundesgerichtshof), Germany) addressed the jurisdictions of the UPC and of the national courts during the transitional period.

In the first section of the speech, he explained the two scenarios where the defendant has its seat in or outside an EU Member State.

(1) When the defendant has its seat in an EU Member State, the UPC will be a court common to several Member States, i.e. a common court (Art. 71a Brussels-Ia Reg), and will have exclusive jurisdiction for European patent (EP) infringement/validity cases (Art. 32 UPCA).

The second example was of a scenario that other conditions remain unchanged (i.e. infringement of a EP in DE, FR, UK and ES), while the defendant has its seat in ES. Accordingly, if the case is brought in front of the Düsseldorf district court, the DE court will merely have the jurisdiction on the DE part of the EP. In the future, it is then also possible to bring the case before the local divisions of the UPC in Düsseldorf, not only regarding the infringements on the DE part of the EP, but also with regard to the FR and the UK part of the EP.

(2) When the defendant has its seat outside the EU, the state of play is that the national law and the relevant international law will apply, which, at the end of the day maybe not very different from the Brussels Reg. system, but still from a legal point of view it makes differences. And on the UPC future, the Brussels Ia Reg. will be applicable on this occasion (as far as possible of course, e.g. the jurisdiction about the place of infringements, not with regard to the seat). 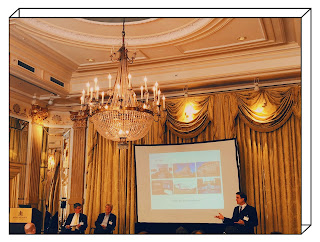 “The concept makes a lot of sense - however, in practice this may cause some difficulties in drawing the line in the jurisdiction of the UPC on one hand, and the national courts on the other hand.” -- the judge highlighted some lis pendens as well and in the end shared his insights that the carve-out jurisdiction of the UPC as second seised court should be possible. Defendants may (be allowed to) choose, they may bring a counter-claim for revocation or a claim for revocation of the EP before the courts of the CMS in which that part has effect; alternatively, defendant may bring a claim for revocation of the EP with effect in all CMS in which the EP has effect before the UPC.

David started his talk with a reassuring statement saying no worries about (losing) our jobs any time soon, because the Artificial Intelligence (AI) technology still has “so so so far” to go. He referred to the Gartner Hype Cycle (see the image below) explaining that the expectations might be significantly inflated -- and the question is, where are we now with all of these analytics Machine Learning (ML) and Big Data tools with respect to patents --  are we climbing up the slope of enlightenment, or are we in fact heading towards the peak of inflated expectations (only to be disappointed in the results and wasted effort)? 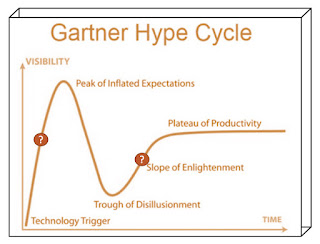 Several key state-of-art technologies were elaborated, the highlights are as follows:

-- Word embedding (and semantic search). It is a fundamental breakthrough that has changed the way computers understand human language. Unlike the normal textual analysis which can get “confused” by different terminology because of their reliance, word embedding can help bridge the gap between a string of characters that make up a word and the semantic meaning of that word. In addition, word embedding allows us to have a semantic search that automatically finds related patents without having to have prior knowledge of the synonyms or related terms, and it can even search on words that don't exist yet in the English language.

-- Natural Language Processing (NLP), which enables Siri and Cortana to understand you when you ask them questions as you would ask a person. Applying NLP to patents, we can achieve some amazing results. Of particular note is that patents aren't written in free-form English or any other language. They are written with particular linguistic requirements, especially the claims. By leveraging the narrow language choices available to patent drafters, we can increase the recognition of NLP algorithms and use them to do tasks we would normally do.

He concluded that we are closer to the slope of enlightenment than to the peak of inflated expectations, and the plateau of productivity is within sight. Why is that? Because we are no longer answering the questions that we can answer, we are answering questions that we could not have answered by ourselves. Patent analytics are finally starting to replicate some of the work we do as patent attorneys and relieve us of some of the drudgery we face -- the future is bright both from the technology side and for our jobs -- they are safe, and just getting better and better.

Koen Lievens firstly presented the concept of AI and ML, together with introducing some typical building blocks on which the AI inventions are based (see the image below). Then the inevitable question was asked, are AI and ML mathematical methods? According to EU legislation, the patentability of mathematical methods and algorithms per se are ruled out, given their often-abstract nature. 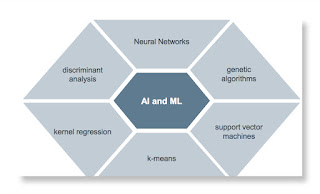 As is known, the 1st hurdle (Art. 52 (2) and (3) EPC) can be easily overcome by making the claimed method a computer implemented method. The core of the debates lie in the 2nd hurdle (Art. 54, 56 EPC) regarding novelty and inventive steps.

In practice, he emphasized that two dimensions need to be taken into consideration, when it comes to the contribution to technical characters:

The 1st dimension: specific technical implementation -- Do(es) the AI and ML method (steps) contribute to the technical character of the invention? The answer is yes, if the claim is directed to a specific technical implementation, which means firstly the AI algorithm is specifically adapted for that implementation, and secondly the AI design is motivated by technical considerations of the internal functioning of the computer (the AI central fields). Examples included the Deep Neural networks convolutions mapped to graphics processing unit, and the multiply-accumulate unit. He added several disclaimers as well, e.g. it usually will not be sufficient to convince the examine divisions if merely a generic technical implementation is referred to, or an algorithm which merely is more efficient than the prior art. But still, the main message of the 1st dimension is a lot is possible.

He further stressed the clarity requirement regarding the AI specific terminology. Sometimes even some accepted terminology is not always clear in the field, not to mention many buzzwords and marketing terms have been used extensively. EPO has taking proactive approaches including the intensive training programs to ensure the examiners keep up with the AI knowledge and the relevant terminology. Given the stricter legal requirement of the clarity of a claim (Art. 84 EPC), and the fact that the person skilled in the art can be a team from both AI and the application field, therefore when you are drafting an application better be aware of the terminology and concepts used in the field. He recommended the audience to have a look at the Index for CII (computer-implemented invention) provided by EPO.

In the end, he underlined that in the examination phase, the examiners are open for arguments and the direct contact such as phone calls. They will try to be very constructive with suggestions and very pragmatic for the formal aspects -- "EPO makes it our very mission to provide a service with a lot of certainty and predictability." 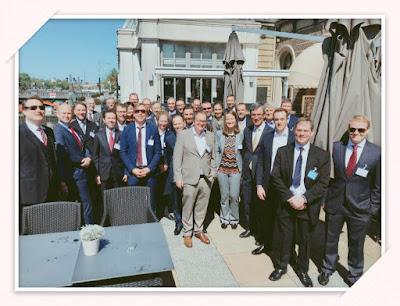 Reviewed by Tian Lu on Wednesday, May 30, 2018 Rating: 5
The IPKat licenses the use of its blog posts under a Creative Commons Attribution-Non Commercial Licence.