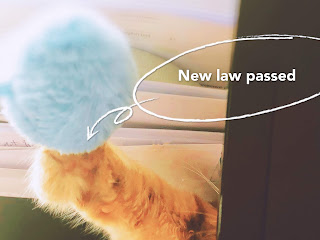 For a long time, China has been the largest FDI (global foreign direct investment) recipient among developing countries, and the second largest in the world, right after the United States (see below the Figure from UNCTAD.org). According to the UN in 2018 when, the FDI flows continued their slide, China, however, “bucked that trend and was the largest investment recipient in the world”. 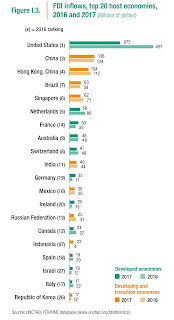 To remain as one of the top attractive investment destinations and to improve the current foreign investment environment, on 15 March 2019, the Foreign Investment Law (外商投资法, the ‘FIL’, see its full Chinese text here, and a third party's translation here) was adopted at the 2nd session of the 13th National People’s Congress of China, with 2,929 in favour, 8 against and 8 abstentions. Its legislative purposes are mainly stated in Article 1 as follows:

The outline of the FIL

After the realization of the ‘3 become 1’ in 2020, the organizational forms, the institutional frameworks, and the standards of conduct for foreign-invested enterprises could be regulated by the relevant provisions of the PRC Company Law and the PRC Partnership Enterprises Law (Art.31 of the FIL), instead of by the ‘three laws on foreign investments’.

For those foreign-invested enterprises that have been established in accordance with the ‘three laws on foreign investments’ already, they may retain their current corporate organizational forms, and so forth, for five years after the implementation of the FIL. The specific implementation measures shall be formulated by the State Council (Art.42.2).

The term of ‘intellectual property’ is explicitly found in Art.21 and Art.22 under Chapter 3 of Investment Protection:

Foreign investors' capital contributions, profits, capital gains, income from asset disposal, intellectual property right royalties, compensation or indemnification obtained in accordance with law, liquidation income, and so forth, that are made or obtained in mainland China, may be freely transferred into or out of mainland China in RMB or foreign exchange in accordance with law. (emphasis added)

The State protects the intellectual property rights of foreign investors and foreign-invested enterprises; protects the lawful rights and interests of intellectual property rights holders and relevant rights holders; and for acts infringing on intellectual property rights, strictly pursue legal responsibility in accordance with law.
The State encourages technological cooperation to be conducted in the course of foreign investment and on the basis of the principle of voluntariness and business rules. The conditions for technological cooperation are to be determined through consultation by the various parties to the investment on the basis of equality and the principle of fairness. Administrative organs and their employees must not force the transfer of technological through administrative measures. (emphasis added)

Besides, there are two provisions stipulating the protection of trade secrets:

Administrative organs and their employees shall, in accordance with law, maintain the confidentiality of the trade secrets of foreign investors or foreign-invested enterprises that they learn in the course of performing their duties, and must not disclose or unlawfully provide them to others. (emphasis added)

Where the employees of administrative organs, in their efforts to promote, protect, and manage foreign investment, abuse their authority, neglect their duties, or misuse their power for personal benefit, or disclose or unlawfully provide others with the trade secrets they learn in the course of performing their duties, they are to be given sanctions in accordance with law; where a crime is constituted, pursue criminal responsibility in accordance with law. (emphasis added)

For the first time, China employs a negative list for market access to replace the former investment catalogue. That is to say, simply put, except for prohibited or restricted industries on the ‘negative list’, foreign investors can invest in much wider scope of sectors than before with much less mandatory formalities. Moreover, foreign investors will be subject to national treatment, meaning they will be able to invest in all other sectors subject to the same laws regulating the massive Chinese firms.

On the one hand, yes, as many have commented, the FIL is still quite general, and it contains certain key yet un-specified terms and expressions. On the other hand, such major institutional reform in relation to foreign investment is not surprisingly a systematic project which will require both multifaceted and continous discussions, adjustments and correct enforcement. At least, the FIL manages to reflect the main concerns expressed by foreign investors, ie, inter alia, forced technology transfer, IP theft, and market access barriers, to which the message that China is trying to express is clear and determined.

The 1st photo: Shelly Tian's kitten
Photo courtesy of the Figure of FDI: UNCTAD
A brief introduction of the new Chinese Foreign Investment Law and its protection for IPR

Reviewed by Tian Lu on Monday, March 18, 2019 Rating: 5
The IPKat licenses the use of its blog posts under a Creative Commons Attribution-Non Commercial Licence.