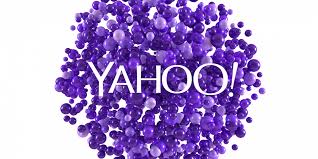 The Yahoo!'s videosharing service decision is particularly important in that it:
Let’s see more in detail how the Court reasoned.

In 2015 the Milan Court of Appeal reversed the first instance decision and held that Yahoo! would qualify as a hosting provider eligible for the safe harbour protection under the relevant national provision corresponding to Article 14 of the E-commerce Directive.

RTI appealed to the Supreme Court (it should be noted that an appeal to this court is only possible insofar as the lower court has erred in its application of legal provisions: in this sense, the Italian Supreme Court is not a court on the merits), claiming - among other things - that Yahoo! could not qualify for protection under the safe harbour, it being an ‘active host’.

The Supreme Court reviewed relevant case law of the Court of Justice of the European Union (CJEU), including the most recent decision on Article 14 of the E-commerce Directive – that is SNB-REACT [commented on The IPKat here] – and the decision in Ziggo [The Pirate Bay case, commented here], in which the CJEU acknowledged the possibility for a provider to be directly liable for copyright infringement.

The Italian court also recalled the fairly recent Communication from the Commission on Illegal Content Online, in which the Commission noted that - as per Recital 42 in the preamble to the E-commerce Directive, as well as the CJEU decision in Google France and L'Oréal - the safe harbour only applies to hosting providers that do not play an ‘active role’ of such a kind as to give them knowledge of, or control over, unlawful information.

Interestingly, the Supreme Court also mentioned the initial proposal for a Directive on Copyright in the Digital Single Market [Katposts here], notably the attempted ‘codification’ [the language actually employed omitted to mention that the CJEU held that the active role must be such as to give the provider knowledge of or control over the infringing content] made by the Commission concerning safe harbour eligibility in the original version of Recital 38.

Having somewhat criticized EU law for lacking sufficient theoretical strength (“tendenziale sottoteorizzazione”), the Supreme Court said that there is a need to ensure the certainty of the law and bring also EU-derived norms within an “effective conceptual system”.

When does a provider lose the safe harbour?

Following this rant these considerations, the Supreme Court held that a provider would be active and, therefore, ineligible for the safe harbour, when it would perform activities like, eg:

of content as performed through an entrepreneurial management of the service and the adoption of tools aimed at evaluating user behaviour to enhance the ‘retention’ thereof.

As such, any refusal in abstracto to consider Yahoo! as a hosting provider would be incorrect. The Milan Court of Appeal performed a well-reasoned assessment of why Yahoo! would qualify as a ‘passive’ host. The provider would become liable only when, upon becoming aware of the users' infringing activity, it would fail to act expeditiously to bring the infringing activity to an end.

How should the notice and take-down request be made and what should it contain?

The Supreme Court held that, for a provider to become aware, it is not required that the rightholder send a formal cease-and-desist letter: a simple communication suffices.

The Court also tackled an issue that in Italy has been contentious for a long time: what should the notice include?

The Supreme Court found that this is something for a judge on the merits to determine (and this was something that, according to the Court, the lower court had failed to do). However, it did not exclude that simple indication of the title of the work could be enough, especially for those works whose title consists of “words combined in an original way, so that they can be distinguished from common language”. A URL is required only when "indispensable" to identify the infringing content.

The Court also tackled the issue whether a notice-and-takedown request imposes on the relevant provider an obligation of ‘stay-down’, ie an obligation to prevent the re-uploading of the same infringing content.

An obligation to prevent the re-uploading of the same infringing content has nothing to do with imposing a general monitoring obligation (which would be contrary to Article 15 of the E-commerce Directive). The Supreme Court found that this conclusion would be also in line with CJEU case law, notably the decisions in UPC Telekabel and L’Oréal.

In conclusion, the Supreme Court sent the case back to the Milan Court of Appeal for it to re-assess whether, at the time when the infringing activity occurred, it was possible for Yahoo! to identify the infringing videos through mere indications of the titles of the works.

In 2014, the Milan Court of First Instance considered RTI’s claim that Yahoo! would have failed to comply with the injunction granted in the 2011 decision mentioned above, for allowing the re-posting of infringing content. Also, by providing hyperlinks and embedded links to said infringing content, also made discoverable through suggest search, Yahoo! would have directly infringed RTI’s copyrights.

The Milan court dismissed the action, and found that Yahoo! would qualify as a caching provider and would be eligible for the safe harbour as available under Article 13 of the E-commerce Directive and the corresponding provision under Italian law.

RTI appealed, but with no success. So, it lodged a further appeal to the Supreme Court, claiming wrongful application of law provisions by the Milan Court of Appeal.

The Supreme Court found that the Milan court had correctly applied the legal principles on caching providers to Yahoo! Italia Search. As regards the linking activities performed by Yahoo!, the Supreme Court held that these would not remove Yahoo! from its condition of neutrality and would be also in line with the content of Recitals 42 to 44 in the preamble to the E-commerce Directive.
Italian Supreme Court clarifies availability of safe harbours, content of notice-and-takedown requests, and stay-down obligations

Reviewed by Eleonora Rosati on Wednesday, March 20, 2019 Rating: 5
The IPKat licenses the use of its blog posts under a Creative Commons Attribution-Non Commercial Licence.