Hayleigh Bosher Wednesday, March 06, 2019 - apple, EU Trade mark, Hayleigh Bosher, relative grounds, trade mark
Are apples and pears conceptually and visually similar? Both are types of fruit. Both come in shades of green... These are just some of the compelling arguments [seriously] that the fifth chamber of the Court of Justice of the European Communities considered in this case between Apple and Pear Industries. 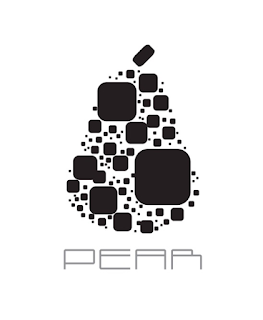 Back in 2014 on the 25th July, Pear Technologies Ltd filed an application for the figurative mark shown right, for an EU trade mark in Classes 9, 35, and 42, which included the following: 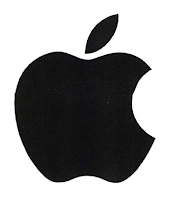 On 15 January 2015, intervener Apple Inc. filed a notice of opposition based on it's EU figurative mark (shown right) registered since 30 March 2012, also in Classes 9, 35 and 42. On 16 March 2016, the Opposition Division upheld the opposition for all the goods and services designated by the mark applied for on the basis of Article 8(5) of Regulation No 207/2009. Pear Technologies appealed. On 18th January 2017 the Fifth Board of Appeal of EUIPO dismissed the appeal. This is the decision contested in the present case.


Assessing Visually Similarity Between the Marks

As mentioned, the Board of Appeal, in the contested decision, concluded that there was at most a remote similarity between the conflicting marks on a visual level. This was based on factors such as both marks containing the depiction of a fruit with a stem or a leaf, and the stem and the leaf were positioned in a similar way, i.e. they were clearly detached from the fruit and inclined towards the right at the same 45 degree angle. Both marks represented sleek rounded silhouettes of fruit, and the graphical features of the pear would recall to the minds of the relevant public the Apple mark.

The applicant disputed that assessment and submitted that there were clear differences between the conflicting marks, for example the pear was not composed of the solid image, but of an abstract representation without an outline, made up of mosaic squares with rounded edges of different sizes together with a stem in the form of a rectangle with rounded edges and the word ‘pear’. In contract, Apple mark consists of a solid silhouette of an apple, with a bite taken out of it, including a leaf in the form of an ellipse with pointed ends. The applicant claimed that the overall shape of the marks at issue were different, as are Apple and Pears.

The Court noted that the contested decision was ambivalent as regards to the visual perception of the top of the Pear mark, at one point referring to it as a stem and on another occasion calling it a leaf, and did not explain why it should be considered that the fact that one of the marks depicted an apple with its ‘characteristic leaf’ and the other depicted a pear with its ‘characteristic stem’ conferred on those marks a certain degree of visual similarity.

In addition, the Board of Appeal had stated that the graphical features of the pear depicted in the mark applied for would recall to the mind of the relevant public the earlier reputed mark. The Court pointed out that in doing so, the Board of Appeal took into account the reputation of the earlier mark and to have taken inspiration from the idea that the relevant public would therefore be able to establish a link between the conflicting marks. This is not a factor to be taken into account for an assessment of similarity between two marks. (Reputation is a factor for assessing the existence of a link between them in the mind of the public concerned, and, it is only in the event that the conflicting marks have a certain similarity that it is necessary to make an overall assessment in order to determine whether there is a link between those marks in the mind of the public concerned.)

The Court stated that the only commonalities between the marks where in fact the presence of black colour and the similar positioning of the figurative elements placed above the depictions of the apple and the pear, which would probably go unnoticed among the relevant public. Overall the marks produce impressions which are dissimilar on a visual level and the Board of Appeal was therefore wrong to consider, in the contested decision, that there was a low degree of visual similarity between them.

Next, the Court considered the comparison of the marks on a conceptual level. In the contested decision, the Board of Appeal found that there was a low degree of similarity between the conflicting marks on a conceptual level. Since, although apples and pears are two different fruits they are biologically very similar (origin, size, colours, texture) are associated in various ways, relying on the fact that both marks used the image of a fruit, and that those two fruits are very similar in real life.

The EUIPO referred to the case of SABEL(C 251/95), which stated that images of two different animals (a puma and a cheetah) were conceptually similar if the animals in question share a number of characteristics in real life. However, the Court pointed out that the conceptual similarity between the signs concerned in that case was based on the fact that both were using the image of a ‘bounding feline’ and therefore was not based on the fact that pumas and cheetahs shared several characteristics in real life.

Furthermore, the Court pointed out that in several European Union languages, apples and pears are used in proverbs to illustrate that two things are different and not comparable. In addition, it cannot be assumed that the relevant public has knowledge about the fact that pears and apples belong to the same plant family (Rosaceae) and the same sub-family (pomoideae), or that it knows about their growing and harvesting conditions. Whilst it is true that pears and apples can have similar sizes, colours and textures, they are not the only fruits which may be coloured red, yellow or green. The same applies to the comparable size and texture of apples and pears, elements which are, however, counterbalanced by the fact that the shape of apples is different from that of pears. In any event, the Court found that those elements do not suffice to counterbalance the clear differences existing between the conflicting marks on a conceptual level.

In addition, the Court noted that the marks did not share the concept of a ‘fruit with a bite taken out of it’ [So, what you're saying is we can have an apple but we can't take a bite out of it? Is this Trade Mark Law or The Old Testament?] and the figurative elements placed above the apple (a leaf) and the pear (a stem) are not capable of conferring on the marks in question a degree of conceptual similarity.

As such, the Court found that the marks, each considered as a whole, were conceptually different. Consequently, the Board of Appeal was wrong to find that there was, visually and conceptually, a low degree of similarity between the conflicting marks and to confirm that Article 8(5) of Regulation No 207/2009 was applicable in the present case. Since the first part of the single plea is well founded, the contested decision was annulled.
Apple's trade mark opposition goes pear shaped...

Reviewed by Hayleigh Bosher on Wednesday, March 06, 2019 Rating: 5
The IPKat licenses the use of its blog posts under a Creative Commons Attribution-Non Commercial Licence.