Only a few days before breaking a trade mark owner's heart on Valentine's Day over a heart-shaped mark (Katpost here), the EU General Court rejected the word mark "MARRY ME" for goods and services related to online dating (available here in French and German only).

Switzerland-based Marry Me Group applied for the registration of the word mark "MARRY ME" with the EUIPO for "community software, mobile software, application software for social networking services via internet" (class 9); "chatroom services for social networking […]" (class 38) and "dating services provided through social networking […]" (class 45). The EUIPO and the Board of Appeal both rejected the application for lack of distinctive character and for consisting exclusively of indications that may serve to designate the kind, quality or intended purpose of the claimed goods or services. The applicant brought an action before the General Court and requested that the trade mark be registered for the claimed goods and services. 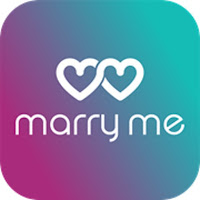 The question before the General Court was whether, based on the understanding of the sign by the relevant public, there is a there is a sufficiently direct and specific association between the sign and the goods or the services in respect of which registration is sought (T-37/16 CAFFÈ NERO). After referencing the relevant provisions of the EUTMR (Art. 7(1)(b) and (c) EUTMR), the Court noted that the claimed sign is composed of two well-known words in the English language, whose meaning taken together is immediately understood as a marriage proposal by the relevant public (defined as English-speaking consumers in the EU). [Merpel observes that the 66 million English speakers likely to soon depart the EU are probably not the only English speakers intended here.] As such, the sign was not registrable.

Under EUTM jurisprudence, it is sufficient that a sign be descriptive only for only a part of the claimed goods or services to make the sign inherently non-registrable for all of the claimed goods or services of that particular class. Assuming the contrary would enable the trade mark owner to use the mark for all goods and services within that class, including those for which the sign is descriptive.

Thus with regard to the goods in class 9, the Court affirmed the view of the EUIPO and Board of Appeal that relevant public will understand the claimed sign in connection with community software or mobile apps as a direct reference to the purpose of the relevant software, i.e. to connect people who wish to meet a marriage partner. Therefore, the relevant public will establish, immediately and without further reflection, a direct link between the mark and online dating software. Hence, "MARRY ME" cannot be registered for the claimed goods in class 9.

Similarly, with regard to class 38, the EUIPO and the Board of Appeal were right to assume a direct link between the message included in the mark "MARRY ME" and the claimed services. It is irrelevant that these services (chatroom services for social networking) do not actually constitute dating services. Chatroom services for social networking are used in order to contact and communicate with other people. It can thus be used to search for a potential spouses and to discuss topics related to relationships and marriage. Hence, "MARRY ME" is also descriptive with respect to these services.

Finally, the General Court also confirmed the Board of Appeal's decision in class 45. "MARRY ME" describes the nature and the objective of the relevant services, i.e. connecting people who are seriously willing to marry, even if the services do not constitute a "matrimonial agency" in the narrow sense. Whether or not the relevant services merely constitute "a first step towards a hypothetical future marriage", as claimed by the applicant, is irrelevant. The primary purpose of any service that aims to connect people who may want to marry at some later stage is described by the claimed sign.

Reviewed by Peter Ling on Monday, March 11, 2019 Rating: 5
The IPKat licenses the use of its blog posts under a Creative Commons Attribution-Non Commercial Licence.