Kat friend Fredy Sánchez Merino has made available another report in his series on IP developments in Latin America. 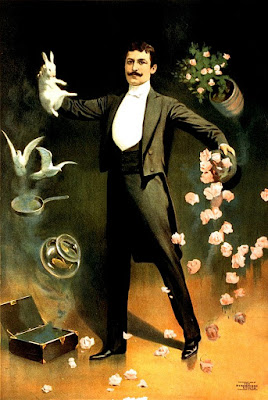 official fees through the usage of PETRO (oficial Venezuelan crypto-currency). The measure, only applicable for foreign applicants, includes a 60-day deadline, with retroactive effect, for the payment of the official fees corresponding to the trademarks published in the last two Official Trademark Gazettes.

It is noted that PETRO transactions are economically prohibited by some countries (e.g. USA), which would prevent some foreign entities from protecting their IP in Venezuela. As well, the legitimacy of the Resolution is being questioned, as the country is going through a difficult political situation, which could see the reversal of measures taken by the current government.

Argentina-- Buenos Aires Criminal Court Number 26 has acquitted Matías Botbol, Hernán Botbol and Alberto Nakayama, founders of the Argentinian social network Taringa!, from alleged infringement of IP rights belonging to several publishing houses. The action, initiated in 2009 (!), sought a criminal sanction for the alleged illegal download of various literary works. According to the court, the website is a mere intermediary, hence it is not responsible for the content shared by its users. In so doing, the Argentine court displayed a forceful position in ruling that such restrictions would violate a user’s constitutional right of freedom of speech.

Panamá--It seems that Panama’s Copyright Office (DGDAP) has a clear New Year’s resolution. After matching last year’s statistics for copyrighted works (781), Director General, Mrs. Isis de Rivera González, stated that during 2019, a digital database of protected works will be put into place. Also, the Office will more strictly implement the Marrakech Treaty (ratified by Panama in 2017), in order to establish new copyright exceptions and limitations for benefiting people with disabilities.

However, while the Paraguayan Government is engaged in the logo design stage and hopes to reveal it by October 2019 at the Anuga Fair, the Guatemalan Tourism Institute has already encountered some hiccups. After entering into a contract for brand development with Regional de Comunicaciones S.A., the decision to proceed has been revoked because of budgetary issues, with no further news about when this initiative will be renewed.

Photo by Strobridge Litho. Co. and is licensed under the Creative Commons Attribution 2.0 Generic licennse.

Reviewed by Neil Wilkof on Sunday, March 03, 2019 Rating: 5
The IPKat licenses the use of its blog posts under a Creative Commons Attribution-Non Commercial Licence.