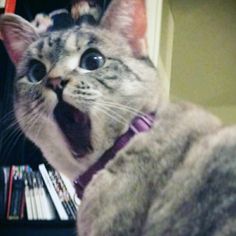 This morning, after a process lasted over 2.5 years, the European Parliament adopted the latest version of the proposal for a Directive on Copyright in the Digital Single Market (the text will be also made available here).

Following a debate, 348 MEPs voted in favour of the directive, while 274 voted against it and 36 abstained.

It will now be for the Member States to approve Parliament’s decision in the coming weeks.

If the Member States accept the text (this is a formality), the directive will be published in the Official Journal and come into effect.

Then Member States will have 2 years to transpose it into their own laws.

This most likely means that 'battlefield' will move now from Brussels and Strasbourg to the individual EU countries.

A press conference on today's vote with the rapporteur Axel Voss and MEPs Helga Trupel and Sajjad Karim will be held at 15.00 CET and can be viewed here. More on today's vote here.
BREAKING: EU Parliament adopts DSM Directive

Reviewed by Eleonora Rosati on Tuesday, March 26, 2019 Rating: 5
The IPKat licenses the use of its blog posts under a Creative Commons Attribution-Non Commercial Licence.