In today’s COVID-19 world, the granting of public funds for R&D and production is taking place at a feverish pace. For recipient companies, such sums are palpably welcome, even the more so when the recipient is yesterday’s technology success story trying to find new avenues for long-term survival. That is tough enough. But what happens when a government loan is announced, only to be put on hold. This is the current scenario involving the Eastman Kodak company.

Mention Kodak to a tech savvy person under 20, and you will likely receive a blank stare. Mention Kodak to someone a bit older (say under 30), and that person may say: “Didn’t they go bankrupt a decade ago, with its patent portfolio first having been wildly overvalued and then ultimately sold via an unusual form of patent auction ” (see here and here)? Mention Kodak to anyone older by another decade or more, and the response will likely be bitter-sweet nostalgia for the distinctive yellow mark, camera and film tinged by Kodak’s unsuccessful commercial battle with Fuji, here. Few would likely refer to Kodak in the present tense, even though the company came out of bankruptcy and continues to operate.

Against this background, the July 28th announcement from the U.S. International Development Finance Corporation (DFC) drew broad attention. Relying on legal authority under the Korean War-era Defense Production Act from the 1950’s, the DFC announced that it would sign on the same day--

… a letter of interest (LOI) to provide a $765 million loan to Eastman Kodak Company (Kodak) to support the launch of Kodak Pharmaceuticals, a new arm of the company that will produce critical pharmaceutical components. The project would mark the first use of new authority delegated by President Trump’s recent executive order that enables DFC and the U.S. Department of Defense (DOD) to collaborate in support of the domestic response to COVID-19 under the Defense Production Act (DPA).

With this loan, Kodak will create a new business unit, Kodak Pharmaceuticals, which will be engaged in producing generic ingredients for the manufacture of drugs (including apparently for hydroxychloroquine, despite wide-spread skepticism about its efficacy). Kodak estimates that it will be able to produce “up to 25 percent of active pharmaceutical ingredients used in non-biologic, non-antibacterial, generic pharmaceuticals,” noting a “chronic national shortage” in such ingredients. So, presumably good for the U.S. but also good for Kodak, as the company anticipates that pharmaceutical products will ultimately constitute 30%-40% of the company’s entire business.

This announcement was received with some surprise. While Kodak certainly has a distinguished heritage, it has a limited footprint in pharmaceuticals. Kodak purchased drug-maker Sterling Drug in 1988 for approximately $5.1 billion, only to sell it in pieces in 1994. More recently, it has maintained a modest pharmaceutical division at several locations in Minnesota, which reportedly will be ungraded with the funds.

Still, the choice of Kodak raised eyebrows, with some wondering exactly what knowledge set and manufacturing skills made it the choice as the first recipient. On August 4th, Maxine Waters, Chairperson of the Financial Services Committee of the U.S. House of Representatives and several other Democratic House members, sent a letter to the head of the DFC (see below on the further chain of events). The letter queried asking why the agency was supporting a loan for Kodak,

an organization that was on the brink of failure in 2012 and was unsuccessful in its previous foray into pharmaceutical manufacturing, in its efforts to develop the capacity to produce up to 25 percent of domestic pharmaceutical components.

Did Kodak’s iconic status within the American technological heritage play a role in the decision? In any event, CBS.com reported that President Trump, in its words, “hailed the deal as a breakthrough in bringing more pharmaceutical manufacturing to the United States", and that the President said that Kodak has hired some "of the best people in the world" for the new venture. He did not further elaborate.

Its shares rocketed from around $2 to as high as $60 before some of its former debt was converted into stock as part of a complex arrangement.

The New York Times noted that—

Kodak’s stock is now trading 17 times higher than it was at the end of last week. 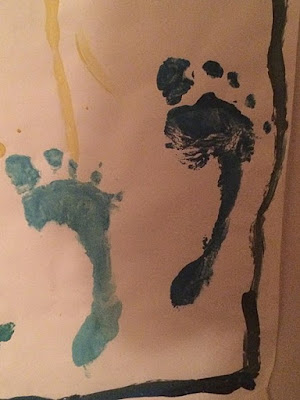 But July 28th and its immediate aftermath seem “oh-so-yesterday”. Last Tuesday, it was reported that the Securities and Exchange Commission (SEC) has begun an investigation of Kodak, focusing on insider trading. The SEC did not confirm this report and Kodak, for its part, simply stated that it would cooperate with any inquiry, without mentioning the SEC. Still, on August 8th, the DFC issued the following tweet—

On July 28, we signed a Letter of Interest with Eastman Kodak. Recent allegations of wrongdoing raise serious concerns. We will not proceed any further unless these allegations are cleared.

Something would appear to being going on here. Not surprisingly, the share price of Eastman Kodak has precipitously tumbled.

As for the claims of insider trading, two reported points are noteworthy. First, Kodak had apparently briefed some news outlets in Rochester, New York, its headquarters, about the impending loan, but had failed to underscore that the information was not yet for public dissemination. While some of the ensuring reports were quickly deleted, it seems that some traders may have already taken advantage of the information and bought shares in Kodak prior to the announcement, here.

Second, Kodak disclosed in a securities regulation filing that on July 27th (being only one day before the public announcement), it had issued stock options to several high-ranking executives, including to the CEO. Kodak explains that the options had been approved by shareholders in May 2020, but issuance of the shares had been delayed until July 27th for technical reasons that had nothing to do with the loan negotiations and the public announcement, here.

Do either of these circumstances amount to insider trading? If “yes”, the effect on Kodak’s future might be seriously jeopardized. If “no”, the issue remains about the selection of Kodak and its ability to ramp up its capabilities in a heretofore niche area, with implications for both the efficient use of public funds and benefits to public health. Either way, this story merits continued watch.

Upper picture from the George Eastman Museum and is in the public domain.

Lower picture by TMBLover and is licensed under the Creative Commons Attribution-ShareAlike 4.0 License.

Reviewed by Neil Wilkof on Thursday, August 13, 2020 Rating: 5
The IPKat licenses the use of its blog posts under a Creative Commons Attribution-Non Commercial Licence.