When to file is one of the most important decisions to be made in the patent process. The later a patent application is filed, the more time there is to obtain data to support the patent. Data is necessary to overcome the strict sufficiency requirements for patentability of pharmaceutical and biotech inventions in Europe and elsewhere. On the other hand, the earlier a patent is filed, the lower the risk of novelty and inventive step destroying disclosures occurring before the patentee has put their flag in the sand.

In recent years at the EPO, a dangerous crevasse has emerged between been what is necessary for sufficiency, and what is considered obvious. Many a would-be-patentee has fallen into the gap between the case law that says a clinical trial protocol (CTP) does not provide sufficient disclosure (e.g. T 0787/14, T 0899/14, T 1868/16) and the case law that says a CTP provides an expectation of success and thus renders a medical use claim obvious (e.g. T1853/16, T 0867/13, T 0239/16). The Australian court decision adds novelty to the equation.

The case in Mylan v Sun related to Australian patents (AU2006313711, AU2003301807, AU731964) for fenofibrate and its second medical use to treat diabetic retinopathy. Fenofibrate was already known as a cholesterol-lowering agent. Mylan is the co-owner or exclusive licensee of the patents and markets its fenofibrate product Lipidil in Australia. Mylan sued Sun Pharma for infringement of the patents, and Sun Pharma counterclaimed that the patents were invalid.

The prior art cited against the patent was the clinical trial protocol for the Action to Control Cardiovascular Risk in Diabetes (ACCORD) trial which included a study to evaluate the effects of fenofibrate on diabetic retinopathy. The protocol stated that it is "reasonable to hypothesize that fibrate therapy which decreases serum triglycerides will reduce the risk of [diabetic retinopathy]". However, this hypothesis had not been tested. 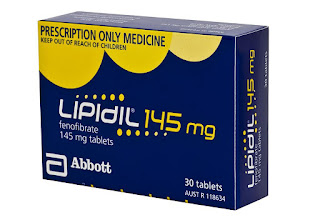 In their assessment of novelty, the Australian Federal Court employed the reverse infringement test. The Court found that the suggested use of fenofibrate in the protocol would clearly infringe the method of treatment claims of the patents. Mylan argued that a doctor treating diabetic retinopathy would not use fenofibrate to treat diabetic retinopathy off the back of a mere hypothesis lacking clinical support. However, the Court dismissed this argument as irrelevant. The question in Australian law was simply whether the invention had been published, not whether the skilled person would be persuaded to use the method or even thought it would be good idea.

The Australian Federal Court decision confirms Australia as a challenging jurisdiction for second medical use inventions. At the EPO, clinical trial protocols per se are not considered novelty destroying. This is because the EPO considers attaining the specified claimed therapeutic effect to be a functional technical feature of a medical use claim (G 5/83 and G 6/88). The UK follows the EPO approach, see for example Regeneron v Genentech ([2012] EWHC 657 (Pat)). By contrast, Australia does not construe method of treatment claims to include the treatment effect, and so a clinical trial protocol is considered a full disclosure of the treatment method.

Of course, given that a clinical trial protocol may be cited for inventive step in EPO, it might be argued that the outcome in Australia and EPO is likely to be the same, even if the grounds for invalidity are different. The EPO Boards of Appeal often find that a clinical trial protocol provides an exception of success of the claimed treatment method. The decisions in R 09/18, T1853/16, T 0867/13, and T 0239/16 being just a few recent examples of this principle. However, seasoned practitioners will be aware that there is considerably more scope for defending against an obviousness as opposed to novelty attack. As the Boards of Appeal have stressed on multiple occasions, "whether or not the skilled person would decide to to start a clinical study with a product that has never been tested in humans is a matter that has to be decided on the basis of the specific circumstance of each case" (T 0062/16, r. 2.4.3).

The Australian decision reminds us that, when making the crucial decision of when to file a patent application, complexity is added by the lack of harmonisation across jurisdictions and in particular the diverging approaches of patent offices to questions of sufficiency, novelty and obviousness. Australia seems to be comfortable in forging its own way with respect to patent law. Notably, Australia also remains one of the only jurisdictions to a have post-grant best mode requirement (Sandvik [2017] FCAFC 138). Pragmatic patentees will have to decided whether Australia is a sufficiently important market to justify any change in their calculation of when to file.
Untested hypothesis in a clinical trial protocol destroys novelty of a method of treatment claim in Australia (Mylan v Sun Pharma)

Reviewed by Rose Hughes on Thursday, August 13, 2020 Rating: 5
The IPKat licenses the use of its blog posts under a Creative Commons Attribution-Non Commercial Licence.