Should a pseudonym be changed: George Eliot, Mary Ann Evans, and the "Reclaim her Name" project 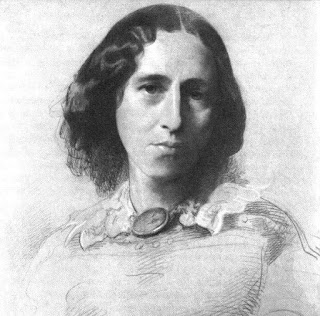 What’s in a pseudonym? When it comes to George Eliot and her 19th- century novel, Middlemarch, described by some as the greatest novel in the English language, the answer may about to change.

This Kat remembers, having been conscripted in his high school English class to read the Victorian novel, Silas Marner, only later discovered that the author was not a “he”, George Eliot, as advertised, but a “she’, Mary Ann Evans. But in those high school days, when Norma Jeane Mortenson was Marilyn Monroe, Archibald Alec Leach was Cary Grant, and Issur Danielovitch was Kirk Douglass, using a pseudonym in your public persona was not that unusual (although crossing genders from George Eliot to Mary Ann Evans did give this Kat some pause for thought.) Still, George Eliot remained George Eliot.

Now nearly six decades later, this hoary Kat took advantage of his stay-at-home COVID-19 routine to finally read Middlemarch. Steady as we go, this Kat has been carefully consuming 10-15 pages a day. In the midst of doing so, this Kat came across a news item last week reporting that a new edition of Middlemarch is being published under the author’s real name, Mary Ann Evans.

As announced last Wednesday under the project name, “Reclaim her Name”, the Woman’s Prize for Fiction will be offering 25 works of fiction, including Middlemarch, all of which were authored by women but published under male-sounding or gender neutral names. The novels will all be available for free download as e-books in conjunction with a Prize co-sponsor, Baileys.

Of course, female authors of that time published under their own name. Evans’ motivation for choosing the pseudonym George Eliot has been explained as reflecting her concern that a female-sounding name would prejudice the reader to expect a lighthearted romance, far removed from the hard-nosed realism of her novels. Also, she may have wanted to draw public attention away from her private life, as Evans was openly living with the married George Henry Lewes, a known philosopher and critic.

Already in 1858, Charles Dickens had written a letter to George Eliot, expressing his admiration for her work and then stating as follows:

I have observed what seem to me to be such womanly touches, in those moving fictions, that the assurance on the title-page [Merpel notes, i.e. “George Eliot”] is insufficient to satisfy me, even now. If they originated with no woman, I believe that no man ever before had the art of making himself, mentally, so like a woman, since the world began.

Evans replied to Dickens via her publisher in the following words--

There can hardly be any climax of approbation for me after this, and I am so deeply moved by the finely-felt and finely expressed sympathy of the letter, that the iron mask of my incognito seems quite painful in forbidding me to tell Dickens how thoroughly his generous impulse has been appreciated. If you should have any opportunity of conveying this feeling of mine to him in any way, you would oblige me by doing so…., 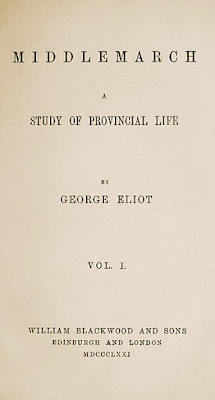 Still, it seems that knowledge that George Eliot was Mary Ann Evans began to leak beyond her immediate circle. Whatever the extent that her identity became known to a wider public, Evans’ public nom de plume has remained George Eliot, at least until the current “Reclaim the Name” project. So, what do we make of the project?

…[W]ith the real, female authors’ names finally printed on the covers, [it will] honour their achievements and give them the credit they deserve.

Just so? Perhaps a little bit of Kat-unpacking is in order. On the one hand, the motivation to identify an author by her true name, when societal circumstances compelled her to select a male-sounding pseudonym, is understandable. As reported by The Guardian, however, some have questioned whether a given author should have been included if the original selection of a male pseudonym was made for reasons other than “solely [as] a way of navigating sexist snobbery or avoiding persecution.” UC Berkeley Professor of English, Grace Lavery, wrote that—

C19 authors were not forced to use masculine pseudonyms; literary writing has always been a practice of imaginative self-fashioning. However well-intentioned, this project undermines the towering literary work of George Eliot, Vernon Lee and others.

In response, a spokesperson for Baileys said as follows:

We learned that, for some, such a move was a creative choice or an experiment in anonymity. However, for many of the female writers we came across, using a male pseudonym was seen as the only option if they hoped to be taken seriously in a male-dominated genre, reach a wider audience, or even be published at all.

The upshot is that not all the authors included in the project may have selected a male pseudonym to counter social prejudice. Then and now, a pseudonym was used for a variety of reasons. If moral rights seek to protect the right of an author in the interweaving between one’s creative work and personal identify, the use of a pseudonym reminds us that the connection between a work and the public identity of its author can be complex one. That said, it appears that as far as Evans and Middlemarch were concerned, the adoption of the name George Eliot was adopted, at least in part, to avoid gender-based prejudices that could have deleteriously impacted her literary career. 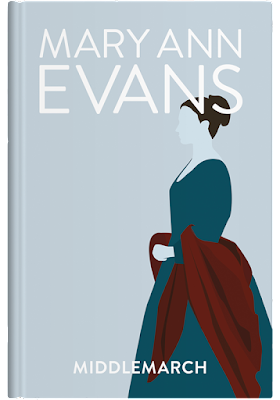 So far, we have only discussed the issue of the selection of male pseudonyms by female authors. But what about the integrity of the name of the book itself. The full name of the book is Middlemarch, A Study of Provincial Life (see above). In this Kat’s understanding, the inclusion— “A Study of Provincial Life”, was central to the approach that Evans took to the book, with its interest in realism and science and the role of the book’s omniscient narrator.

Should a pseudonym be changed: George Eliot, Mary Ann Evans, and the "Reclaim her Name" project

Reviewed by Neil Wilkof on Tuesday, August 18, 2020 Rating: 5
The IPKat licenses the use of its blog posts under a Creative Commons Attribution-Non Commercial Licence.