The process may (or may not) be the product: trade secrets and COVID research

Former Katonomist, Nicola Searle, brings her research attention in trade secrets to bear on the question of the extent to which trade secrets may impede the development of COVID-19 research and treatments.

Like many economists, I was recently delighted to learn my training also makes me an epidemiologist, of sorts. Using these powers for good, I have turned my eye to the role of trade secrets in medical treatments and the implications for the COVID pandemic. Governments are scrambling to fund vaccines and medical research and access the subsequent innovations, ‘access’ that is governed in part by IP law.

Access to medicines and pricing was already a contentious policy area before COVID; pharma has a trust problem. Anti-vaxx and other conspiracy theories abound. In 2014-2015, Martin Shkreli, an investor and pharmaceutical executive, gained notoriety by raising the American price of certain medicines up to a factor of 56, which left a very bitter taste in the public’s mouth. This is the PR stage on which the negotiations for COVID vaccines and treatments will play out.

Some companies with non-medicinal COVID treatments or other innovations, such as medical devices and software code, have been making such innovations freely available. One such effort is the Open COVID Pledge , a Creative Commons-esque approach to licensing patents and copyrights covering COVID technologies. The pledge is lead by illustrious IP notables, including Diane Peters (Creative Commons) and Mark Lemley (Stanford), but it excludes trade marks and trade secrets.

Pharma is noticeably absent from the Open COVID Pledge. Some pharma companies have committed to sell vaccines at cost, but it is unclear what that actually means and how that accounts for the billions of dollars that governments have invested in medical COVID research. Investors have already made USD$1B by the end of July, 2020.

Pharmaceutical R&D is the classic example of a social contract approach to IP. Expensive to do, financial incentives for medical innovation are needed. However, making these innovations freely available can bring an enormous benefit to society. Compulsory licensing serves as a stopgap. The current crisis may prove the ultimate test of this contract and the outcome of this industry and regulatory conversation will have immediate consequences for lives and economies. 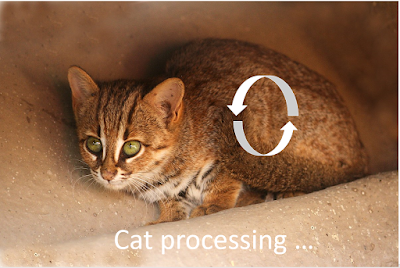 However, there is an argument that is lost in this discussion, namely, the likelihood that even with altruistic or compulsory licensing, trade secrets may thwart efforts to make these medical treatments more freely available. The current situation also follows over two decades of expansion, starting with the US Economic Espionage Act 1996, and more the recent harmonisation of trade secrets in the US and EU.

Given their secrecy, we know relatively little about how trade secrets are used in practice. Medical science-related companies account for more than 10% of victim firms in my database of US criminal trade secrets cases. Some examples and comments on the trade secrets in these cases:

• “the "process is the product" for biologic drug products”;

• “the manufacturing steps for how to prepare the proprietary coating solution, including mixing details such as the order that ingredients are added”;

Despite my extensive, albeit unintentional, epidemiology training, I am afraid I cannot comment on what this translates into in terms of the production and licensing of COVID treatments beyond noting that firms use trade secrets to protect manufacturing processes. Could the use of trade secrets thwart a government’s efforts to make COVID treatments more widely available?

Moreover, trade secret’s impact on compulsory licensing impacts remains to be seen. Regulatory drug approvals will be fast tracked, but it is unclear how patent approvals will proceed. The article on the situation in Chile by Sebastián Alvarado suggests that trade secrets can shield innovations from compulsory licensing or, at a minimum, shift significant bargaining power in favour of the rights holder.

There will also be liability issues for innovations (see IPKat coverage of Italian patent exceptions, here and questions regarding orphan drugs, here). Furthermore, manufacturing capacities pose a practical issue as there are limitations to how quickly successful medicines and vaccines can be produced.

All signs point to this pandemic lasting at least another year, with medical breakthroughs key to thwarting its spread. The economic and health impacts of the pandemic and efforts to control it, are vast and uncertain, but for sure successful drugs and vaccines will have immeasurable benefits. The role of IP in dictating the distribution of these benefits may end up encouraging or disquieting.

Photo by Davidvraju and is licensed under Creative Commons Attribution-Share Alike 4.0 International license.

The process may (or may not) be the product: trade secrets and COVID research

Reviewed by Neil Wilkof on Monday, August 03, 2020 Rating: 5
The IPKat licenses the use of its blog posts under a Creative Commons Attribution-Non Commercial Licence.