“Free rider” is one of those terms that seems objectionable, a fancy way of saying that someone is “getting something for nothing.” We can thank the economists, who observed circumstances in which people benefit from a public (think of a road) or communal (think of the trout population in the local river) good, but do not pay for it. In the view of economists, free riding is a market failure. While free riding originated from a concern about the manner of use of public goods, it can also apply in non-public settings, including IP.

This Kat thought about the free rider problem when he took notice of a radio advertisement that has recently been broadcast on leading channels in Israel immediately after the on-the-hour news summary. The radio advertisement goes something like this.

A telephone conversation takes place, in which a woman tells her male listener that his son is once again “tearing up” books. Because in Hebrew, the words for “read” and “tear” sound identical, the father responds, “my son, what a genius.” The woman replies, “I don’t think that you quite understand.” The advertisement then goes on to observe that things that seem alike may in fact be different: case in point, buying non-genuine replacement parts for Toyota vehicles.

Listeners can make up their own mind about how effective the advertisement is as a warning against purchasing non-genuine replacement parts. What cannot be denied, however, is that the advertisement provides a platform by which other automobile brands potentially also benefit from the message; in other words, take a free ride.

“Toyota” is mentioned only once in the radio advertisement (although this Kat has found a link to an on-line version in which “Toyota” is abundantly mentioned orally and visually and counterfeit products are explicitly mentioned). The upshot is that the radio advertisement is as much an admonition against the general phenomenon of non-genuine replacement parts as a message directed towards Toyota owners. As such, it sure looks, sounds, and quacks like free riding. 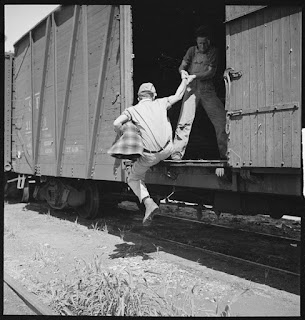 But just so? If we view free riding solely as a negative phenomenon rooted in market failure, then it would seem that Toyota’s competitors, which all have an equal interest in encouraging vehicle owners to buy their genuine parts, are getting a free ride on the message. But this may not be so bad, because from an industry perspective, everyone benefits when there is reinforcement among car owners that genuine replacement parts are good, while non-genuine parts are not.

For sure, there is a bit of a free ride of that message at Toyota’s expense. But Toyota may also enjoy an additional benefit in being seen as an industry good citizen in warning car owners about commercial behavior that may ultimately be harmful, especially if the non-genuine replacement part is also of inferior quality. Here, Toyota offers a clarion call in support of public safely.

I leave it to my economic colleagues to make the calculations whether the negative utility connected with the free riding of the message by competitors is outweighed by the benefit received from encouraging the purchase of genuine replacement parts by Toyota car owners and the reputational benefit of being a good citizen. Still, when the social responsibility of companies towards multiple stakeholders, rather than just the interests of shareholders, is taking on increasing importance, a bit of free riding by others on your message may not be so bad.

Reviewed by Neil Wilkof on Monday, August 24, 2020 Rating: 5
The IPKat licenses the use of its blog posts under a Creative Commons Attribution-Non Commercial Licence.