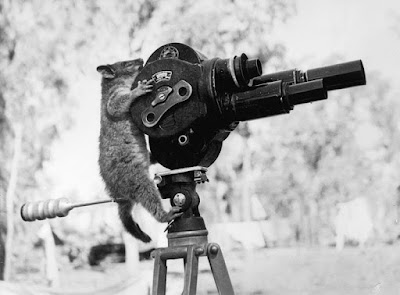 A cottage industry on the internet has pondered the fate of the move theatre in a Covid-19 world, including this Kat, here. What is most notable is the seemingly ineluctable linking of a coronavirus-darkened movie theatre with the absence of the aroma of hot, fresh popcorn. Copyright and related IP laws may protect movie contents from unauthorized use, but it is popcorn that has facilitated the business proposition of screening movies in a darkened, enclosed theatre. How did this marriage come about?

Geiling reports that by 1848 the word "popcorn" already enjoyed its own dictionary entry. Popcorm was sold in such public and outdoor venues as fairs, circuses, and later, sporting events, aided by the fact that, in 1885, the first steam-powered popcorn maker hit the streets, invented by Charles Cretor. The popcorn street vendor became a familiar sight.

OK, Kat, I get all of that, but none of this has anything to do with movie theatres. Indeed, at the beginning, as Andrew Smith, author of the Popped Culture: A Social History of Popcorn , recounts--


Movie theaters wanted nothing to do with popcorn because they were trying to duplicate what was done in real theaters. They had beautiful carpets and rugs and didn't want popcorn being ground into it.

Movie theatres were meant to be just that—only highbrow customers were welcome. The trash and noise associated with munching on popcorn was rejected out of hand. But, in 1927, movies added sound, which increased the potential universe of customers (subtitles in the silent movies had limited the attraction of movies to those who were literate).

By 1930, movie theaters were enjoying 90 million patrons per week. More customers, one would have thought, would have led theatre owners to consider selling popcorn within the theatre. After all, in the face of the Great Depression, popcorn was cheap—5 cents to 10 cents per bag.

But theatre owners still demurred, until they noticed that popcorn vendors would situate themselves, machine and all, in front of the theatre. The customer would buy a bag or two, leading to a cat and mouse game between movie goers, who sought to smuggle the bag into the theatre, and the owners, determined to prevent this from happening. Not for the first time, the smugglers ultimately won out.

At first, the owners leased "lobby privileges" to vendors, which allowed the vendors to sell the end product (aka, the bag) either within the theatre or in front of it, in exchange for payment of a daily fee. But that meant that the theatre owner was still paying a middleman. The solution was presumably obvious—eliminate the third-party vendor.

In fact, this solution proved not just nice to have, but it provided the theatre industry with a way of surviving the Great Depression. Theatres that sold popcorn were more likely to remain in business, popcorn being the perfect combination of price, taste and, always, that irresistible aroma. By 1945, it is reported that more half of all popcorn eaten in America took place in movie theatres. [This Kat’s father recalled that when he arrived to America in the 1940’s, not knowing any English, his “language school” was the local movie theatre, where he would hang out all day, with popcorn for his sustenance.] 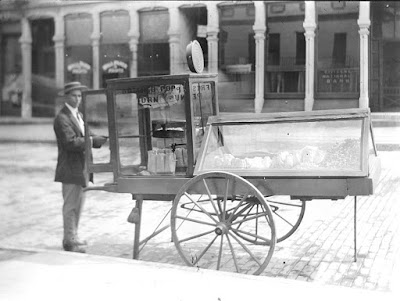 While a variety of forces have conspired against movie theatres since the 1950’s, what has not changed is the economic role that popcorn continues to play. How significant? Consider the observation, here (Wikipedia), by Stuart Hanson, a film historian, that- “one of the great jokes in the industry is that popcorn is second only to cocaine or heroin in terms of profit." Or, as captured in the title of a 2016 article in The Telegraph, as referred to on Wikipedia, "Why a trip to the cinema can cost up to £100" (Wikipedia).

A 2019 article, here, published on thehustle.co, sought to explain how popcorn pricing works. It wrote--


We dug through concessions data from AMC, Cinemark, and a number of other theater chains to compile rough averages of how much certain items cost. Then, we compared these prices to the typical street price you might pay at a convenience store.

It should be said that movie food and beverage prices vary widely by geographic region, theater size, and a number of other factors. In the course of our research, we saw popcorn prices as low as $0.99 and as high as $13.75. The figures you see here are rough, non-definitive industry averages — but they still paint a bleak picture.

Moviegoers pay the highest premium for popcorn. At most major movie theaters, you’re looking at around $8 for a medium-sized bag of buttered popcorn — nearly the price of the average movie ticket ($9). At 11 cups, the average medium-sized movie popcorn goes for $0.73/cup. By contrast, a 175-cup bag of genuine movie theater popcorn can be had on Amazon for $48.23, or about $0.27/cup.

On the other hand, the view that the price of popcorn at a movie theatre is naked, rapacious greed may not be that simple. Once again, from thehustle.co--


Allen Michaan was just 19 when he built his first movie theater in the 1970s. In his 40-year career, he’s operated more than 20 cinemas, including the historic Grand Lake Theatre in Oakland, California. As he tells it, pricey popcorn isn’t some diabolical price-gouging scheme — it’s the lifeblood of a theater’s business model. ‘After the distributor takes its cut, we barely make money on ticket sales,’ he says. ‘We have to make up for that somehow.’

When a theater wants to show a film, it must agree to pay the distributor a percentage of all ticket sales. This percentage is higher during the first few weeks of a film and decreases over time, but generally averages out to ~70%. So, if a theater sells a movie ticket for $9, its cut is only $2.70 — and that’s without accounting for other expenses.

Theater owners could price tickets higher, but it wouldn’t do them much good since 70% of any increase goes straight to the studios. Instead, they think of movies as a loss leader: their primary goal is to get as many people through their doors as possible, even if it means breaking even (or losing money) on the price of admission.

The same cannot be said for movie popcorn, whose price has increased 1,188% during that same period of time.

Bad optics, perhaps, but looked at otherwise, the profits from popcorn sales go a long way towards sustaining the movie theatre business and actually are a positive for the movie goer. This argument rests on the margins that the theatre enjoys from ticket and popcorn (as a proxy for concessions) sales, respectively. The theatre needs to share ticket revenues with the studio, but it keeps 100% of the revenue for each bucket of popcorn that it sells.

As an example, thehustle.co brings the following:

Based on this, the claim is made that it is the complementary product, popcorn, rather than the primary product, the movie ticket, that is the major source of revenue, a form of razor blade model. Such an argument is a bit off focus; a customer makes a one-off purchase of the razor, followed by multiple purchases of blades. In our case, the movie ticket and the popcorn are purchased more or less simultaneously (okay, maybe one refill of popcorn), but the theatre owner enjoys a higher margin from popcorn sales.

“If we didn’t charge as much for concessions as we did, the tickets to the movies would cost $20,” the CEO of Regal Cinemas, the nation’s second-largest theater chain, told the Los Angeles Times in 2008. 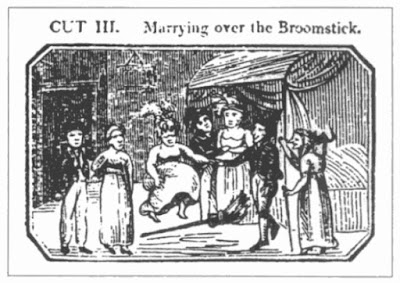 Researchers have framed this dynamic in terms of price discrimination. Assuming a price of $10.00 for each of the ticket and a bucket of popcorn, respectively, the movie goer can then better decide how much the movie theatre experience is worth to him or her. If the “full” price of the ticket were charged, this option may not exist, at least for some.


There is a wide dispersion in willingness to pay for a movie experience. How much a customer values her movie experience is positively correlated with her valuation of concession consumption.

Maybe “yes”, maybe “no”. Much may depend on whether one goes to the cinema with a 10-year old, who is already taking in the aroma of the popcorn as she hands over the ticket. Still, it is food for thought.

[The paragraphs quoted from thehustle.co have been consolidated in places for ease of display.]

Picture on top left is from the Australian War Memorial collection and was originally posted to Flickr's The Commons, which has determined that no known copyright restrictions exist.

Picture on right is from 1912, author unknown, and is in the public domain.

Picture on lower left is by James Catnach and is in the public domain.

Reviewed by Neil Wilkof on Tuesday, August 04, 2020 Rating: 5
The IPKat licenses the use of its blog posts under a Creative Commons Attribution-Non Commercial Licence.