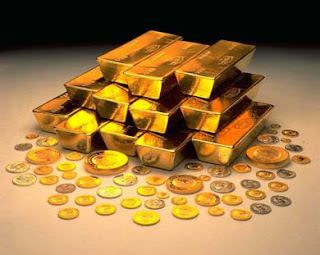 You just can't keep a good litigant out of court, it seems, and RIM is just one of those enthusiasts. Research in Motion UK Ltd v Visto Corporation [2008] EWHC 335 (Pat) is a decision of Mr Justice Floyd, in the Patents Court of England and Wales. Yesterday he had to give a ruling on the costs incurred by one of RIM's earlier excursions.

On 28 February 2008 Floyd J held that, overall, RIM was victorious as it had succeeded in revoking Visto's patent for lack of inventive step and because it related to a computer program as such (see earlier IPKat post here). If the patent had been valid, though, Visto "won" because RIM would have been held to have infringed it. And Visto claimed two more victories in respect of patents that RIM conceded to be invalid. Subsequently in relation to costs, the issue of proportionality arose. RIM had spent almost £5.2 million while Visto spent a mere £1 million.
There was no dispute that RIM's costs should be reduced by a percentage to reflect Visto's ultimately unsuccessful success. But how much should Visto get?

* It was uncontroversial that the it was the court's job to prevent the recovery of unnecessary and unreasonable costs. On that basis a court could deploy the notion of proportionality in deciding whether a party should recover costs of a particular issue;
* a trial judge who saw a figure for costs before the process of assessment was embarked on by a costs judge was often in a good position to express a view as to whether the bill represented a disproportionate expenditure -- and he was certainly entitled to express that view for the benefit of the costs judge;

* in this case the sums expended by RIM were disproportionate to what was at stake and there was no justification for costs rising above what would commonly be expected for an action typical of the one before the court. This being so, RIM's conduct in relation to the issue of infringement deserved to be marked by an award of costs in Visto's favour;

The IPKat was fascinated by the gory details: the judge observed that Allen & Overy, for RIM, notched up nine man-years' worth of work for the five-day trial, with one senior associate spending 2,291 billable hours in pursuit of a successful outcome (Taylor Wessing represented the other side). A&O's side of the story is worth contemplating though: for the firm Nicola Dagg pointed out that her instructions were to leave no reasonable stone unturned; the legal costs incurred were also a tiny proportion of the value of RIM's business, which Visto's patent put under threat. Merpel says, it's cheap compared with the £182 million representing the cost of the British government's Bloody Sunday inquiry, or even the mere £10 million cost to the British taxpayer of the recent inquiry into the death of Diana, former Princess of Wales.

See the coverage of this case by Intellectual Asset Management, The Lawyer and Financial Times.
Nine man years for a five-day trial

Reviewed by Jeremy on Friday, April 18, 2008 Rating: 5
The IPKat licenses the use of its blog posts under a Creative Commons Attribution-Non Commercial Licence.