The European Court of Justice has rendered its ruling this morning on the reference for a preliminary ruling from the Bundesgerichtshof (Germany) in Case C‑456/06, Peek & Cloppenburg KG v Cassina SpA. The fact were straightforward and not, prima facie, the sort of thing that you would expect references to the ECJ are made of. In brief,

"14 Cassina manufactures chairs. Its collection includes furniture manufactured according to the designs of Charles-Édouard Jeanneret (Le Corbusier). ... Cassina has concluded a licensing agreement for the manufacture and sale of that furniture.

15 Peek & Cloppenburg operates menswear and womenswear shops throughout Germany. It has set up in one of its shops a rest area for customers, fitted out with armchairs and sofas from .... In a display window of its outlet, Peek & Cloppenburg placed an armchair ... for decorative purposes. Those items of furniture did not come from Cassina but were manufactured without Cassina’s consent by an undertaking in Bologna (Italy). According to the referring court, such furniture was not protected at the time by copyright in the Member State in which it was manufactured. 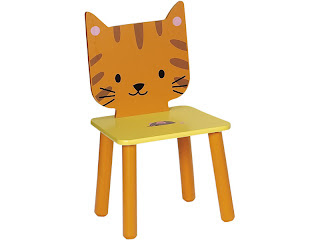 16 As it considered that Peek & Cloppenburg had infringed its rights by so doing, Cassina brought an action against it before the Landgericht Frankfurt ... seeking an order that it must desist from that practice and provide Cassina with information, in particular as regards the distribution channels for those items of furniture. In addition, Cassina sought an order that Peek & Cloppenburg pay damages.

17 After the Landgericht Frankfurt had granted Cassina’s application and the appeal court had, essentially, confirmed the judgment given at first instance, Peek & Cloppenburg brought an appeal on a point of law before the Bundesgerichtshof (Federal Court of Justice) (Germany).

18 That court states that, since Cassina has an exclusive right of distribution for the purpose of Paragraph 17 of the Law on copyright of 9 September 1965, its decisions turns on whether the conduct of Peek & Cloppenburg referred to above infringed that right.

19 It takes the view that there is normally a distribution where the original of a work or copies thereof cease to form part of the undertaking and are made publicly available through transfer of ownership or possession. In this connection, a transfer of possession for a merely temporary period may suffice. The issue arises, however, of whether conduct consisting in making publicly available reproductions protected by copyright without a transfer of ownership or possession, and thus without a transfer of the de facto power of disposal, can also be classified as a distribution to the public otherwise than by sale for the purpose of Article 4(1) of Directive 2001/29, those reproductions being, as in the main proceedings, installed in sales areas merely for the purpose of being used by customers.

20 In addition, the Bundesgerichtshof raises the question whether merely exhibiting a reproduction of a work in a shop display window, without making it available for use, also constitutes a form of distribution to the public within the meaning of that provision.

21 Furthermore, it submits that the issue also arises of whether the requirements of the protection of the free movement of goods laid down in Articles 28 EC and 30 EC restrict, in the circumstances of the main proceedings, the exercise of that right of distribution.

22 In those circumstances, the Bundesgerichtshof decided to stay the proceedings and to refer the following questions to the Court for a preliminary ruling:

‘(1)(a) Can it be assumed that there is a distribution to the public otherwise than by sale, within the meaning of Article 4(1) of Directive 2001/29 ..., in the case where it is made possible for third parties to make use of items of copyright-protected works without the grant of user involving a transfer of de facto power to dispose of those items?

(b) Is there a distribution under Article 4(1) of [Directive 2001/29] also in the case in which items of copyright‑protected works are shown publicly without the possibility of using those items being granted to third parties?

(2) If the answers are in the affirmative:

Can the protection accorded to the free movement of goods preclude, in the abovementioned cases, exercise of the distribution right if the items presented are not under copyright protection in the Member State in which they were manufactured and placed on the market?’". 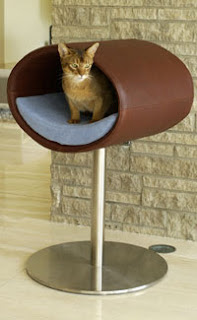 "The concept of distribution to the public, otherwise than through sale, of the original of a work or a copy thereof, for the purpose of Article 4(1) of Directive 2001/29/EC of the European Parliament and of the Council of 22 May 2001 on the harmonisation of certain aspects of copyright and related rights in the information society, applies only where there is a transfer of the ownership of that object. As a result, neither granting to the public the right to use reproductions of a work protected by copyright nor exhibiting to the public those reproductions without actually granting a right to use them can constitute such a form of distribution".

The IPKat says, this reference was only made in November 2006, so the court has done amazingly well to process it through the hearing, opinion (noted here by the IPKat as "a victory for common sense") and ruling stages in only 16 months. Merpel says, but this is a small case (just 43 paragraphs, most of which are taken up with formal recitations of the relevant law, the facts and the questions), an exceedingly non-complex set of facts and a rather fanciful punt from the referring court, surely really not something worth asking the ECJ in the first place.
Small ruling on distribution, few chairs hurt

Reviewed by Jeremy on Thursday, April 17, 2008 Rating: 5
The IPKat licenses the use of its blog posts under a Creative Commons Attribution-Non Commercial Licence.