After a period of relative tranquility which coincided with the Easter holidays, the Court of Justice of the European Communities has just got busy again. Today the Court gave its ruling in Case C‑59/08 Copad SA v Christian Dior couture SA, Vincent Gladel, as liquidator of Société industrielle lingerie (SIL) and Société industrielle lingerie (SIL), a reference for a preliminary ruling from the Cour de Cassation in France in February 2008.

What was this case about? Back in 2000 Dior made a trade mark licence agreement with SIL to make and sell "luxury corsetry goods" bearing the CHRISTIAN DIOR trade mark. By clause 8.2(5) of that agreement,

"in order to maintain the repute and prestige of the trade mark the licensee agrees not to sell to wholesalers, buyers’ collectives, discount stores, mail order companies, door-to-door sales companies or companies selling within private houses without prior written agreement from the licensor, and must make all necessary provision to ensure that that rule is complied with by its distributors or retailers".

In 2002, being faced with economic difficulties, SIL asked Dior for permission to market goods sold under the CHRISTIAN DIOR trade mark outside its selective distribution network. Dior said no. Notwithstanding that refusal, and in breach of its contractual obligations, SIL sold CHRISTIAN DIOR goods to Copad, a company operating a discount store business.

Dior sued SIL and Copad for trade mark infringement. The Tribunal de grande instance de Bobigny held that SIL’s contravention of the licence agreement did not constitute infringement but merely merely gave rise to contractual liability. The Cour d’appel de Paris dismissed Dior's appeal, ruling that sales by SIL did not infringe since

"compliance with the provision in the licence agreement concluded between SIL and Dior relating to conditions governing distribution did not fall within the scope of the national provisions on trade mark law that transposed Article 8(2) of the Directive [The proprietor of a trade mark may invoke the rights conferred by that trade mark against a licensee who contravenes any provision in his licensing contract with regard to its duration, the form covered by the registration in which the trade mark may be used, the scope of the goods or services for which the licence is granted, the territory in which the trade mark may be affixed, or the quality of the goods manufactured or of the services provided by the licensee]".

The Cour d’appel de Paris, considered, though, that those sales did not imply exhaustion of Dior’s trade mark rights, for the purposes of the national legislation transposing Article 7(1) of the Directive [The trade mark shall not entitle the proprietor to prohibit its use in relation to goods which have been put on the market in the Community under that trade mark by the proprietor or with his consent. Paragraph 1 shall not apply where there exist legitimate reasons for the proprietor to oppose further commercialization of the goods, especially where the condition of the goods is changed or impaired after they have been put on the market]. Copad then appealed to the Cour de Cassation, which referred the following questions to the Court of Justice for a preliminary ruling:

"1. Must Article 8(2) of [the Directive] be interpreted as meaning that the proprietor of a trade mark can invoke the rights conferred by that trade mark against a licensee who contravenes a provision in the licence agreement prohibiting, on grounds of the trade mark’s prestige, sale to discount stores?

2. Must Article 7(1) of that directive be interpreted as meaning that a licensee who puts goods bearing a trade mark on the market in the [EEA] in disregard of a provision of the licence agreement prohibiting, on grounds of the trade mark’s prestige, sale to discount stores, does so without the consent of the trade mark proprietor?

3. If not, can the proprietor invoke such a provision to oppose further commercialisation of the goods, on the basis of Article 7(2) of [the Directive]?".

This morning the First Chamber of the ECJ ruled as follows:

"1. Article 8(2) ... is to be interpreted as meaning that the proprietor of a trade mark can invoke the rights conferred by that trade mark against a licensee who contravenes a provision in a licence agreement prohibiting, on grounds of the trade mark’s prestige, sales to discount stores of goods such as the ones at issue in the main proceedings, provided it has been established that that contravention, by reason of the situation prevailing in the case in the main proceedings, damages the allure and prestigious image which bestows on those goods an aura of luxury.

2. Article 7(1) ... is to be interpreted as meaning that a licensee who puts goods bearing a trade mark on the market in disregard of a provision in a licence agreement does so without the consent of the proprietor of the trade mark where it is established that the provision in question is included in those listed in Article 8(2) of that Directive. 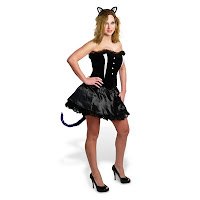 The IPKat can almost feel the mounting excitement among trade mark litigation lawyers across the length and breadth of the European Union as they consider, among other things, the meaning of the words "the allure and prestigious image which bestows on those goods an aura of luxury". How will "allure", "prestigious image", "aura" and "luxury" be defined?

What is the nature of the evidence that will establish that these criteria have been satisfied? Does this test apply only to consumer goods or does it also apply to brands in niche sectors such as office furniture, computer parts or food ingredients? Should the fact that goods are purchased as presents rather than for solely for personal consumption make a difference? This could be fun ...!
Curia press release on this decision, available in 10 official languages of the EU but not in English (read it in Hungarian here).
Copad ruling brings joy to trade mark litigators

Reviewed by Jeremy on Thursday, April 23, 2009 Rating: 5
The IPKat licenses the use of its blog posts under a Creative Commons Attribution-Non Commercial Licence.