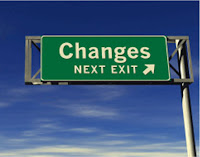 The Administrative Council of the EPO had a busy meeting last week, and decided on several changes to the EPC Implementing Regulations, resulting in decisions CA/D 2/09 and CA/D 3/09, due to come into force on 1 April 2010.  As well as the expected changes to Rule 36 regarding divisional applications (noted by the IPKat here), other changes include a new version of Rule 161 that will make responding to a written opinion prepared by the EPO for an international application compulsory shortly after entering the European regional phase.  On the face of it, the new Rule 161 appears to apply only to where a demand under Article 31 PCT has been filed but (as one anonymous commenter has already indicated), this was probably not the intention.  The IPKat wonders whether those responsible for drafting the new rule have a proper grasp of either English grammar or Boolean logic.  It is bad enough to have to deal with major tinkering of the EPC of this kind, but making it worse by shoddy legal drafting is hardly helpful.
CA/D 3/09 also makes changes aimed at clamping down harder on applications lacking unity, by making the applicant limit their application to only one invention in response to a finding of the search examiner.  Additionally, responses to an extended European search report will be mandatory and, when filing amendments, basis from the specification as-filed will need to be indicated.
As far as the IPKat can figure out, all this will effectively makes compulsory what is currently merely advisory, and will tend to force applicants into making decisions about what to do with their application earlier on in the process, as well as making European patent attorneys work a bit harder (and, as a consequence, making applicants spend more money earlier on in the process).  Whether the EPO will respond in kind by speeding up examination is another matter.
EPC - Lots of changes coming

Reviewed by David Pearce on Sunday, April 05, 2009 Rating: 5
The IPKat licenses the use of its blog posts under a Creative Commons Attribution-Non Commercial Licence.