A dodge for the divisionals?

The IPKat's European patent attorney friend Kevin Cordina has asked him to give an airing to an idea concerning a great dodge to get around the new European Patent Office (EPO) divisional rules. He writes:

"The recently announced amendments to EPC Rule 36 [see earlier IPKat post and comments here] are intended to restrict the filing of 'abusive' divisional applications by restricting the periods during which they may be filed. This raises the fairly obvious question of how do we drag out the permitted periods to their maximum extent. Of particular interest is what to do with chains of divisional applications.

Rule 36(1)(a) refers to the 'earliest application', so the time limit in that article would not appear to start running again for each divisional in a chain. That is, all divisional applications must be filed within two years of the first exam report on the first application.

However, Rule 36(1)(b) is directed to the specific case of a unity objection, and refers to an "earlier application" (not "earliest"). This raises the possibility of extending the period for filing divisional applications well beyond the two years provided by Rule 36(1)(a):

A first application (application 1) is filed describing discrete inventions A, B, C and D, but only claiming A. This application proceeds merrily through examination and, two years after the first exam report, a divisional application (Application 2) is filed under Rule 36(1)(a) and claims are included to inventions A & B (probably with B appearing first in order to ensure that it is searched).

If the first meaning is right, then the period could be stretched indefinitely by cunning drafting of claims to provoke unity objections against new combinations of claims in each divisional. If the second meaning is right, the period for filing a chain of divisionals may be stretched to at least four years from the first examination report on the first application. Of course, this only all works if you can actually find sufficient inventions lacking unity to provoke the objection. 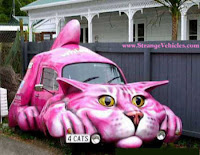 One suspects that the EPO would like the second meaning to be right, but there is room for ambiguity there which seems certain to be tested. Or have I simply been staring at this too long and missed the entirely obvious reason why none of this will work?"

The IPKat says, if you have any bright thoughts on this, please let us all know.

Roger the Dodger here
Roger Dodger here
Another great Dodge here
A dodge for the divisionals?

Reviewed by Jeremy on Tuesday, April 14, 2009 Rating: 5
The IPKat licenses the use of its blog posts under a Creative Commons Attribution-Non Commercial Licence.