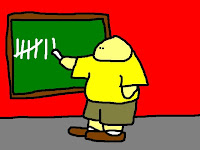 The IPKat's poll on L'Oréal v Bellure closed earlier this week. Its results, bearing in mind that voters were entitled to tick more than one box if they thought that more than one proposition most accurately reflected the true position, are as follows.

*36% of respondents -- that's 64 readers out of the 175 who cast their votes -- considered the ruling to be a "harsh restriction on the freedom of commercial speech;
* 30% (53 voters) felt that the decision was an "affirmation of the need for honesty in business practices;
* 25% (44 voters) considered the ECJ to have accorded "timely recognition of the importance of anti-dilution protection;
* 21% (37 voters) wrote the case off as "a policy ruling intended to protect the French perfume industry;
* 19% (33 voters) deemed the ruling "an inconvenience that competitors will soon work round".

The IPKat's not too sure what conclusions can safely be drawn from these figures, other than that the ruling has split opinion among the presumably well-informed readers of intellectual property weblogs authored by fictional cats. Merpel says the figures are both interesting and significant, but can't quite put her paws on the reason why. Can you help her?
On the same subject, last week the IPKat published a lively opinion piece by Swedish Advokat Mats Björkenfeldt (Hjalmar Petris Advokatbyrå HB) which suggested that the ruling of the Court of Justice of the European Communities in Case C-487/07 L'Oréal v Bellure might be contrary to Community law. Well, emboldened by his brush with media celebrity, Mats has come forward with another piece. He writes tells the IPKat, "Your poll on L'Oréal v Bellure gave me reason to think a bit, though the tropical heat in Stockholm". And this is what he thinks:

Judge Tizzano, one of the judges in L'Oréal v Bellure, writes in Continuity and Change in EU Law, Essays in Honour of Sir Francis Jacobs, Oxford, 2008, p. 137, that the EU system of protection can be considered to be equivalent to that of the European Convention for the Protection of Human Rights and Fundamental Freedoms (ECHR). Article 10 in ECHR provides as follows:

“1. Everyone has the right to freedom of expression. This right shall include freedom to hold opinions and to receive and impart information and ideas without interference by public authority and regardless of frontiers. This Article shall not prevent States from requiring the licensing of broadcasting, television or cinema enterprises.

2. The exercise of these freedoms, since it carries with it duties and responsibilities, may be subject to such formalities, conditions, restrictions or penalties as are prescribed by law and are necessary in a democratic society, in the interests of national security, territorial integrity or public safety, for the prevention of disorder or crime, for the protection of health or morals, for the protection of the reputation or rights of others, for preventing the disclosure of information received in confidence, or for maintaining the authority and impartiality of the judiciary.”

Until recently, cases concerning commercial speech had been found not to violate Article 10. But in Krone Verlag GMBH & Co v Austria (No 3), (2004) 39 EHRR 42, the European Court concluded that the Austria´s restrictions on comparative advertising did breach Article 10. In this case Krone Verlag complained that its right to freedom of expression under Article 10 had been infringed by the Austrian courts' injunction in so far as it prohibited the comparison of sales prices of the Neue Kronenzeitung and the Salzburger Nachrichten. The Austrain court had considered, like the Austrian Government, that the interference served a legitimate aim, namely “the protection of the reputation or rights of others” within the meaning of Article 10 § 2 ECHR.

The European Court gave these reasons:

“31. For the public, advertising is a means of discovering the characteristics of services and goods offered to them. Nevertheless, it may sometimes be restricted, especially to prevent unfair competition and untruthful or misleading advertising. In some contexts, even the publication of objective, truthful advertisements might be restricted in order to ensure respect for the rights of others or owing to the special circumstances of particular business activities and professions. Any such restrictions must, however, be closely scrutinised by the Court, which must weigh the requirements of those particular features against the advertising in question; to this end, the Court must look at the impugned penalty in the light of the case as a whole…

32. Turning to the circumstances of the present case, the Court considers that the domestic courts based their decision first and foremost on the assumption that the two newspapers were not of comparable quality and that a comparison of their prices would therefore be misleading On the other hand, the courts also stated that the two newspapers were competitors in the same market and for the same circle of readers. The Court finds these two statements rather inconsistent.

34. The Court notes that, in the instant case, the domestic courts gave priority to the protection of the reputation of the other competitor and the rights of readers against misleading advertising. However, when balancing the conflicting interests involved and taking account of the impact of the injunction on the applicant company's possibilities in future for advertising involving price comparison, the Court considers that the Austrian courts overstepped their margin of appreciation in the present case, and that the measure at issue was disproportionate and therefore not “necessary in a democratic society” within the meaning of Article 10 § 2 of the Convention.”

The ECJ´s decision in L'Oréal v Bellure has quite far-reaching consequences as regards Bellure´s et al future advertising. As Guy Tritton put it: it is very difficult to describe smell without using references e.g. “it smells like Chanel No. 5.”

Against this you may wish to ask Judge Tizzano, and the chairman in the case, the Austrian Judge Jann, if the EU system of protection really can be considered to be equivalent to that of the ECHR.”

The IPKat thanks Mats for again giving us the benefit of his thought. He's particularly keen to hear from other readers too. Do they think Mats has a point, or is this merely wishful thinking?
ECJ dilution ruling splits well-informed blog readership

Reviewed by Jeremy on Friday, July 03, 2009 Rating: 5
The IPKat licenses the use of its blog posts under a Creative Commons Attribution-Non Commercial Licence.