The busy courtrooms of the Southern District of New York consistently generate interesting fodder for the AmeriKat to digest, and this week was no exception. The Premier League, that bastion of English establishments which can unite and divide people in a matter of seconds, made their court debut in the Southern District back in 2007. Joined by music publisher Bourne Ltd and others, the Premier League filed a class action law suit alleging that YouTube (owned by Google Inc.) copied, stored and electronically disseminated, publicly displayed and performed in whole or a substantial part of the claimants’ motion pictures, sound broadcasting, musical compositions, television productions and sound recordings.

The claimants specifically alleged that YouTube and Google pursued “a deliberate strategy of engaging in, permitting, encouraging, and facilitating massive copyright infringement” and adopted “a cynical and self-contradictory strategy designed to perpetuate the unlawful exploitation” of the claimants’ valuable IPR, such as audiovisual footage of the Premier League’s football matches. YouTube and Google countered by contending, among other things, that they were protected by the Safe Harbour legislation in the Digital Millennium Copyright Act (DMCA).

Two years and over 140 court documents later, US District Judge Louis Stanton ruled that the plaintiffs were prohibited from requesting statutory damages “for foreign works which were not registered in the US except those in suit under the ‘live broadcast exemption’ in Section 411(c) of the Act.” Section 412 of the Copyright Act prohibits recovery of statutory damages for any work unless the work was registered before the commencement of the infringement or within three months after the work’s first publication (Note: statutory damages are capped at $150,000 per infringement). There is no exception in the legislation for excusing foreign works from this requirement. District Judge Stanton held that it was clear that Congress did not intend to exempt foreign works in Section 412 and in fact was passed in order to incentivize copyright registration (see H.R. Rep. No 94-1476 at 158 Spet. 3 1976).
Obviously the plaintiffs’ main bone of contention with this was that, unless Section 412 was construed to exempt foreign works from this requirement, its application would violate the Berne and TRIPS agreements which prohibit any formal requirement necessary for the enjoyment of copyright protection. The Premier League also tried to rely on an amendment in Section 411(a) of the DMCA which required that all “United States works” had to be registered before infringement proceedings were brought. Given that this affirmative drafting has been construed to exempt Berne Convention works from the requirement, the plaintiffs argued that Congress intended to exempt all foreign works from Section 412. Undoubtedly like District Judge Stanton, the AmeriKat was surprised that the Plaintiffs attempted this argument given the high unlikelihood that Congress would have ever intended section 411(a) to act as such a sweeping exemption of all foreign works in the absence of specific legislation. The Premier Leagues ‘own goals’ did not stop there. District Judge Stanton also rejected the plaintiffs' claim for punitive damages as “there is no circumstance in which punitive damages are available under the Copyright Act” (see the same court’s decision in Viacom v YouTube).

In typical US v International Copyright Treaty fashion, District Judge Stanton stated that the Senate Judiciary Committee (right) concluded that Section 412 did not completely prohibit the "availability of all meaningful relief” to foreign works. Also, even if in conflict with these treaties, because the Berne Convention and TRIPS are not self-executing under U.S. law they have “no effect on U.S. law unless Congress so provides.” District Judge Stanton therefore held that foreign works not registered could not benefit from statutory damages under the Copyright Act. If this ruling stands, a burden will be placed on foreign companies to register their copyright in order to protect their ability to claim statutory protection in future litigation.
The silver lining for the Premier League was however found in section 411(c). Under this section a foreign work containing sounds and/or images which was first recorded simultaneously with its live transmission may obtain statutory damages in the absence of registration if the copyright owner serves the infringer an “Advance Notice of Potential Infringement.” In their defence, YouTube/Google alleged that the plaintiffs could not “point to a single work for which they claim to qualify for the exception” nor did they “satisfy the provision’s detailed notice requirements.” In reply, the Premier League by way of their lawyer submitted a declaration that since 10 September 2008 the Premier League has served more than 340 Advance Notice on YouTube. District Judge Stanton held that this was satisfactory to amend the plaintiffs' complaint and YouTube/Google’s argument therefore failed.
As reported by Bloomberg, an in-house lawyer for Google stated that "the punitive and statutory claims dismissed by the court were baseless from the start.” Unfazed by the court’s decision, the plaintiffs’ lawyer Louis Solomon (Proskauer Rose LLP) stated that it was not “going to limit” the case. Instead he stated that it was “going to shape how we go about proving damages. We still have all the other statutory remedies, such as compensatory damages and disgorgement of profit.”
At the heart of both the Viacom and Premier League cases is whether YouTube did all they should have to stop the uploading of infringing content onto the site. In particular, both suits focus on YouTube’s responsibility in inducing infringing content to be uploaded and their alleged motive to include this content in order to increase site traffic. The AmeriKat doubts that a court will be sympathetic to such an argument. Given the specific legislative measures being interpreted and the purpose of the DCMA in facilitating/protecting sites like YouTube, the AmeriKat believes that Premier League’s success now depends on a factual exercise of whether or not the Advance Notices were compliant, and if so, whether YouTube did all they could in removing the infringing content once notified.
Trial dates have yet to be set for these two soon to be mammoth decisions.
Click for court documents for Viacom v YouTube and Premier League v YouTube.
News in Brief

 On the afternoon of Friday 26 June, Tony La Russa quietly dropped his claims against Twitter for, amongst other things, trade mark infringement. In the court document filed by La Russa’s lawyer, Gregory McCoy, La Russa dismissed with prejudice all claims against Twitter without any settlement. Given that the case was dismissed without any settlement, the AmeriKat thinks that Twitter may be in a more powerful position in the event that other potential claimants were thinking of bringing similar proceedings. 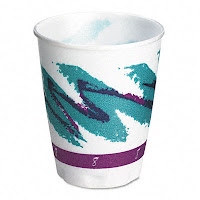  As reported in the Chicago Tribune, patent attorney Matthew Pequignot sued a manufacturer of disposable cups, alleging that it was misleading consumers in continuing to mark its products with expired patent numbers. Summary judgment was granted to the manufacturer by District Judge Leonie Brinkema who stated that Solo Cup Company did not intend to deceive the public. This was the first time that a lawsuit had ever been brought under this obscure provision in US patent law which permits anyone to bring a suit on behalf of the United States. Any monetary damages are then split with the US government.

 If you say the paper towel brands “Brawny” and “Bounty” to any average American they will most likely respond “Brawny Man!” and then sing “the quicker picker upper, Bounty!” These two giants of the paper towel industry have locked heads this week. Bounty has filed a federal lawsuit alleging that Brawny has infringed its trade mark by using a ‘bowtie’ pattern on its paper towels. At a preliminary hearing on 8 July, lawyers for Bounty tried to obtain an interim injunction against the continued sale of the infringing Brawny towels. If obtained, it is alleged that an injunction would cost Brawny $110 million. The AmeriKat doubts that Procter & Gamble, who own Bounty, would ever be able to prove that a consumer would be confused between the two products because of allegedly identical/similar patterns on the paper towel.
Letter from AmeriKat

Reviewed by Annsley Merelle Ward on Sunday, July 12, 2009 Rating: 5
The IPKat licenses the use of its blog posts under a Creative Commons Attribution-Non Commercial Licence.