InternKats: Sophie Corke, Magdaleen Jooste, and Anastasiia Kyrylenko.
Home Jeremy Phillips pharma inquiry / The pharma sector in Europe: what will become of it?

The pharma sector in Europe: what will become of it? 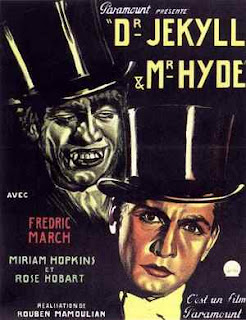 Eight months after the publication of its 426-page preliminary report, DG Competition of the European Commission has at last unveiled its controversial Final Report on the Pharmaceutical Sector (see earlier IPKat posts here, here, here, here, here and here). This report, some 600 pages, long, will take a lot of reading. Meanwhile, here's the thrust of the report as described in this morning's press release:

Market entry of generic drugs is delayed and there is a decline in the number of novel medicines reaching the market ... The sector inquiry suggests that company practices are among the causes, but does not exclude other factors such as shortcomings in the regulatory framework. As a follow up, the Commission intends to intensify its scrutiny of the pharmaceutical sector under EC antitrust law, including continued monitoring of settlements between originator and generic drug companies. The first antitrust investigations are already under way. The report also calls on Member States to introduce legislation to facilitate the uptake of generic drugs. The report notes near universal support amongst stakeholders for a Community Patent [it has taken about two decades to win this battle...] and specialised patent litigation system [... and rather less time to win this one ...] in Europe [... but this is a much wider issue than pharma alone].

Competition Commissioner Neelie Kroes said: “We must have more competition and less red tape in pharmaceuticals [That's no surprise]. The sector is too important to the health and finances of Europe's citizens and governments to accept anything less than the best. The inquiry has told us what is wrong with the sector, and now it is time to act. When it comes to generic entry, every week and month of delay costs money to patients and taxpayers. We will not hesitate to apply the antitrust rules where such delays result from anticompetitive practices. The first antitrust investigations are already under way, and regulatory adjustments are expected to follow dealing with a range of problems in the sector."

The inquiry has contributed significantly to the debate on European policy for pharmaceuticals, in particular for generic medicines.

On the basis of a sample of medicines that faced loss of exclusivity in the period 2000 to 2007 in 17 Member States, the inquiry found that citizens waited more than seven months after patent expiry for cheaper generic medicines, costing them 20% in extra spending [the Kat bets these figures will come in for some conflicting explanations, along with others in the report].

Generic delays matter as generic products are on average 40% cheaper two years after market entry compared to the originator drugs. Competition by generic products thus results in substantially lower prices for consumers. The inquiry showed that originator companies use a variety of instruments to extend the commercial life of their products without generic entry for as long as possible [this applies in all patent-driven industries to some extent; if it's an evil to be cured here, does that cast light on DG competition's view of patents in other sectors?].

The inquiry also confirms a decline of novel medicines reaching the market and points to certain company practices that might contribute to this phenomenon. Further market monitoring is ongoing to identify all the factors that contribute to this decline in innovation [the IPKat has said this before and he'll say it again: if he had £100 million to invest, every penny of it would go into the generics sector -- he wouldn't waste a penny on original research nowadays, unless he was thinking of becoming a philanthropist]. 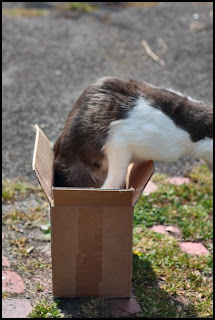 Left: Moggins burrows into a box of debranded, repackaged cat-nip pills in search of an English translation of the contra-indications

Reacting to the findings, the Commission will apply increased scrutiny under EC Treaty antitrust law to the sector and bring specific cases where appropriate. The use of specific instruments by originator companies in order to delay generic entry will be subject to competition scrutiny if used in an anti-competitive way, which may constitute an infringement under Article 81 or 82 of the EC Treaty. Defensive patenting strategies that mainly focus on excluding competitors without pursuing innovative efforts will remain under scrutiny. To reduce the risk that settlements between originator and generic companies are concluded at the expense of consumers, the Commission undertakes to carry out further focused monitoring of settlements that limit or delay the market entry of generic drugs [this is an interesting phenomenon: it would be great to get some current data and to take a look at how these settlement payments affect pharma in the US]. In the case of clear indications that a submission by a stakeholder intervening before a marketing authorisation body was primarily made to delay the market entry of a competitor, injured parties and stakeholders are invited to bring relevant evidence of practices to the attention of the relevant competition authorities.

On regulatory issues the inquiry finds that:

There is an urgent need for the establishment of a Community patent and a unified specialised patent litigation system in Europe to reduce administrative burdens and uncertainty for companies. A full 30% of patent court cases are conducted in parallel in several Member States, and in 11% of cases national courts reach conflicting judgements [so 89% don't. Let's look at positives and see how we can push that figure up while we await a systemic overhaul].

Recent initiatives of the European Patent Office (EPO) to ensure a high quality standard of patents granted and to accelerate procedures are welcome. This includes measures taken in March 2009 to limit the possibilities and time periods during which voluntary divisional patent applications can be filed (so called "raising the bar exercise")

The Commission is also urging Member States to:

significantly accelerate approval procedures for generic medicines - for example, the Commission believes that generic products should automatically/immediately receive pricing and reimbursement status where the originator drug already benefits from such status, which would allow for a faster product launch in certain cases [the IPKat suspects that, if the approval system were devised now, it would be a lot simpler than the current one anyway]

take action if misleading information campaigns questioning the quality of generic medicines are detected in their territory [presumably misleading campaigns of this nature are already unlawful, so what the Commission wants looks like specific state intervention rather than leaving it to generics to protect their own interest]

streamline trials that test the added value of novel medicines.

To assist Member States in delivering speedy generic uptake and improved price competition, the report contains an overview of national measures and their effects on generic uptake (volume, prices, number of entrants) and encourages Member States that want to benefit from generic savings to consider such measures. In this light the Commission will also examine existing EU rules in the area of pricing and reimbursement (Transparency Directive 89/105/EEC)".

The IPKat will have to do a lot of reading before he reaches proper positions. Meanwhile, readers are welcomed and encouraged to post their comments below.


Mission statement of DG Competition's Enterprise and Industry unit on Competitiveness in the Pharmaceuticals industry and Biotechnology here
DG Competition's web page listing the various materials available with regard to the pharma sector inquiry here
Read the Financial Times' speculation this morning here
Reuters' take, pre-publication, here
Big pharma bracing itself for bad news here
Five reasons why things are looking up for pharma here
How pharma faces competition in the US here, in Australia here and in India here
Things could always be worse: pharma patents in Venezuela here
Meet competition commissioner Neelie Kroes here
The pharma sector in Europe: what will become of it?

Reviewed by Jeremy on Wednesday, July 08, 2009 Rating: 5
The IPKat licenses the use of its blog posts under a Creative Commons Attribution-Non Commercial Licence.