Darren Smyth Thursday, May 15, 2014 - actavis, claim construction, declaration of non-infringement, direct infringement, doctrine of equivalents, eli lilly, Improver questions, indirect infringement, patent, prosecution history, Swiss claims
This moggy has been kept busy over the last 24 hours with matters of partiality at the EPO, Swiss form claims, and Bolar exemption in UK and under unitary patent, and then, no sooner was he thinking of emerging from the deluge, fellow Kat Annsley kindly drew his attention to the eagerly awaited substantive decision in the case of Actavis v Lilly (as we shall call it for short - you may wish to call it Actavis UK Ltd & Ors v Eli Lilly & Company [2014] EWHC 1511 (Pat) (15 May 2014), but with 10 claimants the fully full name is very long indeed). 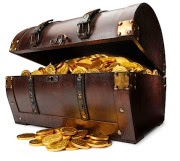 The action is already quite well known, as there have already been procedural decisions concerning the validity of service in the UK in respect of non-UK designations of a European patent at first instance and on appeal, and also concerning later allegations of abuse of process.  Now that the full decision has emerged, it does not disappoint, with a tempting array of differing points that will keep both the procedural and substantive legal enthusiast happy.  In addition to the points already highlighted in the interim decisions, there are issues of foreign (French, Italian and Spanish) law; conflicting decisions (with Germany); claim construction and doctrine of equivalents; admissibility of prosecution history; interpretation of Swiss claims, and direct and indirect infringement.  Not bad for a case where validity was not in question. At yet after and despite all that, the hearing was completed in less than four days.

The judgment is Arnoldian in all senses, but this Kat endorses what the learned judge says at [9]:


I make no apologies for the length of this judgment. There are many significant issues between the parties, I must consider and apply the laws of four different countries and a great deal of money is at stake. I was provided by the parties with 546 pages of written submissions and 41 files of evidence and other materials, which I have done my best to assimilate.

This Kat will not try to cover all the aspects of this multifaceted judgment, as he is sure that others will find material to interest them, but will focus on the points that excited his whiskers.

Summary
Basically, Actavis was seeking a declaration (in respect of UK, FR, ES and IT) that dealing with pemetrexed diacid, pemetrexed dipotassium or pemetrexed ditromethamine would not infringe a patent of Eli Lilly (European Patent No. 1 313 508) whose relevant claims all specified pemetrexed disodium.  Although the claims also required other components, Actavis admitted that the product is to be administered in combination with vitamin B12 and folic acid (since Actavis intend to seek regulatory approval by reference to Lilly's product which is administered together with both vitamin B12 and folic acid), and so the infringement of other integers of the claim was not at issue.  Claim 1 as granted was:

Arnold J held that the claim integer "pemetrexed disodium"could not be construed under literal or non-literal/equivalents interpretation to extend to "pemetrexed diacid" or either of the other two salts, under the law of any of the four countries involved.  So Actavis prevailed and obtained their declaration of non-infringement.

Swiss form claims
These were being discussed in the body and comments of this morning's post by Jeremy of a piece by Suleman Ali, and so enthusiasts will be interested in paras 50-55 which mention a little concerning the UK view of their scope.

Law of claim construction and infringement by equivalents
There are detailed treatments of this with reference to UK law at 89-149, French law at 159-162, Italian law at 166-175 and Spanish law at 180-185.  These are worthy of study, but this Kat particularly liked this more practical observation at 104-107:


104.The second point is that experience shows that patentees resort to arguments about equivalents in three main classes of case. The first is where, with the benefit of hindsight, it can be seen that the patent was unfortunately drafted, whether because of poor instructions from the inventor or poor drafting by his patent attorney or a combination of these things. Improver might perhaps be regarded as an example of this. The second class is where technology has moved on since the priority or filing date of the patent. Kirin-Amgen might perhaps be regarded as an example of this. The third class is where the patentee now regrets a decision taken during the course of prosecution of the patent application, whether by himself or by the examiner, and is trying to avoid the consequences of that decision. As will appear, in my view the present case is a clear example of this.

105.In the first class of case, the law recognises that drafting patent claims is a difficult and imprecise art and that third parties should not be allowed to exploit infelicities of drafting where it is reasonably clear that those infelicities should not affect the scope of the claim. This is in order to provide "fair protection for the patent proprietor". The law also recognises, however, the countervailing consideration that third parties are entitled to rely on the drafting of the claim when deciding on a commercial course of action. There is no tort of avoiding a patent claim. Thus it is also necessary to provide "a reasonable degree of legal certainty for third parties". The problem, of course, is that what is fair protection to one person is legal uncertainty to another. Conversely, what is reasonable legal certainty to the second person is a denial of protection to the first. The courts have to strike a balance. In striking that balance, it is important to bear in mind that, as Lord Hoffman and Jacob LJ have pointed out, both the patentee and the third party will generally rely on skilled professional advice (and may have a remedy if the advice is incompetent).

106.In the second class of case, the problem is more acute. It is difficult for an applicant for a patent to anticipate how technology may evolve during the 20 year life of the patent. The law is sympathetic to the proposition that third parties should not be able to avoid infringement merely by employing new technical means to implement the invention. But on the other hand, a claim may be drafted in a manner which is inescapably tied to the old technology. There is no easy answer to this conundrum. It is not necessary to explore this question any further for the purposes of the present case, however.


In my judgment this reasoning [from Rohm & Haas] is persuasive, and it is supported by the subsequent judgment of the Court of Appeal in Virgin v Premium. I accept that, for the reasons explained by Jacob J in Bristol-Myers Squibb and Lord Hoffmann in Kirin-Amgen, courts should be cautious before relying upon prosecution history as an aid to construction. In the real world, however, anyone who is interested in ascertaining the scope of a patent and who is professionally advised will obtain a copy of the prosecution file (most, if not all, of which is generally open to public inspection) and will consider it to see if it sheds light on the matter. In some cases, perhaps not very many, the prosecution history is short, simple and shows clearly why the claims are expressed in the manner in which they are to be found in the granted patent and not in some broader manner. In such a situation, there is no good reason why the court should shut its eyes to the story told by the prosecution file. On the contrary, consideration of the prosecution file may assist in ensuring that patentees do not abuse the system by accepting narrow claims during prosecution and then arguing for a broad construction of those claims for the purpose of infringement. For the reasons discussed below, I consider that the present case provides a good illustration of this.

Direct Infringement
Interestingly, Arnold J revived the Improver Questions, which have rather fallen out of fashion since Kirin Amgen, and so the IPKat found it refreshing to see them used again.  Both parties agreed that, in relation to the first question, there was no difference in the way the different pemetrexed derivatives worked.  In relation to the second question, Arnold J accepted Actavis's contention that this would not have been obvious to the skilled person, because the pharmaceutical acceptability and solubility of the different salts would not be clear without trying.  In this regard, it was relevant that pemetrexed calcium was too insoluble to work.  Finally, for many reasons including the prosecution history, Arnold J decided that even if he was wrong on the second question, Actavis would prevail on the third question (Would the reader skilled in the art nevertheless have understood from the language of the claim that the patentee intended that strict compliance with the primary meaning was an essential requirement of the invention).  Therefore there was no direct infringement of the patent under UK claim construction.

Using the law of the different countries, similar conclusions were reached for Spain, France and Italy.

Conflict with Germany
In its judgment dated 3 April 2014 the Düsseldorf Regional Court (Judges Dr Voss, Dr Reimnitz and Dr Thom) held that the use of pemetrexed dipotassium would infringe claim 1 of the German designation of the Patent. Arnold J recognised that his decision was in conflict with this, for various reasons including, in essence, that he thought they were wrong:


156.Fourthly, in finding infringement by reason of equivalence alone, I respectfully consider that the Düsseldorf Regional Court has not given proper effect to the Protocol, but rather has treated the claims as a mere guideline.

Arnold J considered a further argument that indirect infringement could be found because the  pemetrexed derivatives would be made up for injection in a solution including sodium chloride, but this was also rejected under the law of all four countries.

Applicable law and abuse of process
At about 204 onwards (and for another 170 paragraphs), Arnold started using complicated terms such as locus poenitentiae, lex fori, lex causae and lex loci protectionis.  This moggy will leave it to other bloggers to peruse this section and will leave well alone for now.

Conclusion
Giving the last word to Arnold J, who concluded at 376:

Reviewed by Darren Smyth on Thursday, May 15, 2014 Rating: 5
The IPKat licenses the use of its blog posts under a Creative Commons Attribution-Non Commercial Licence.