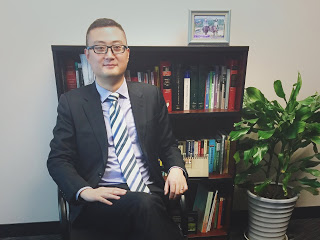 Kat friend Yifeng She (Fangda Partners) has kindly and promptly provided an update on the latest amendments to the Chinese Trade Mark and Unfair Competition Law.

In a whirlwind of legislative actions, China’s top legislators amended the Trade Mark and Unfair Competition Law on 23 April, 2019.

Given that the last amendment to China’s trade mark law occurred in 2013 and the unfair competition law was amended just last year, the latest amendment is worthy of particular attention.

Undoubtedly, it is part of China’s efforts to improve its IP regime, in the backdrop of the ongoing US-China trade war, which has involved strong accusations over China’s failure to prevent IP theft and infringement.

This post is intended to comb through these latest changes. Unsurprisingly, these new changes were meant to fix the most acute, practical failures of the current system.

As China is a first-to-file country in terms of trade mark prosecution, rush registration and trade mark squatting has long been a cause of headache for multi-national corporations operating in China.

Up to this point the trade mark law set forth prior use defence and required evidence of use by the trade mark registrant as a pre-condition for claiming damages, trying to offer an ex-post buffer zone to compromise the first-to-file principle.

The latest amendment, instead, provides an ex-ante approach to address this issue, which is more heavy-handed, as it explicitly prohibits registration of a mark, if the trade mark applicant does not have any intention to use it. While the ex-post approach cannot prevent a squatter from obtaining the trade mark first or initiating an infringement lawsuit later, the new amendment to Article 4 of the Trade Mark Law has made it clear that an application for registration without intention to use is malicious and thus should be rejected by the Trade Mark Office.

This new amendment also inserted Article 4 as an additional legal ground for opposition and invalidation in Article 33 and Article 44, respectively. The Trade Mark Office has been given an extensive discretion not to grant a trade mark registration that is filed in “bad faith”. To provide some guidelines at an operational level, the National Intellectual Property Administration in February circulated a new draft of administrative regulation with respect to trade mark prosecutions, while also launching a public consultation. The draft regulation, titled “Rules to Strengthen the Administration of Trademark Application Activities”, lists a number of circumstances where “abnormal application” shall be found (please see my previous analysis here).

To further discourage trade mark squatting activities, the new Trade Mark Law provides, in principle, in its Article 68 that any “bad faith” trade mark registration shall be subject to administrative penalty, including warning and administrative fines, depending on the severity.

In addition, if a trade mark registrant that is found to be in “bad faith” initiates a malicious infringement lawsuit, it may face punishment by the court. This new provision will probably require further clarification by means of judicial interpretation, but at least ,according to its language itself, such punishment by a court does not require the accused defendant, namely, the victim, to file a separate lawsuit.

The relatively low amount of damages that can be recovered has been yet another widely criticized issue of China’s IP legal regime. Due to changes in IP policy, Chinese courts have been steadily increasing damages awards. A number of cases in which damages were awarded in millions of RMB suggest willingness by Chinese courts to award higher damages and to make Chinese litigation cost-effective as an enforcement means.

The legislature was bolder this time, as reflected by the new changes to the law. In both the Trade Mark and the Unfair Competition Law, the upper limit for the statutory damages will be increased to RMB 5 million. In the meanwhile, the highest amount of administrative fines that may be imposed under the new Anti-Unfair Competition Law will increase to RMB 5 million as well.

For punitive damages against malicious IP lawsuits, the new Trade Mark and Unfair Competition Law will provide for “quintuple damages” instead of “treble damages”, which permits a court to quintuple the amount of the actual, compensatory damages to be awarded to a prevailing IP rightholder, if it is found that the infringer has intentionally committed malicious trademark infringement or acts of unfair competition.

Codification of trial practice with respect to trade secrets

The last significant change of law by said amendment is a codification of some trial practice with respect to trade secrets.

First, the new Article 9 of the Unfair Competition Law acknowledges that the notion of trade secret includes technical know-how and business information that (1) is secret in the sense that it is not generally known or readily accessible; (2) has commercial value and (3) has been subject to reasonable steps to keep it secret.

Second, the same new Article 9 has made it clear that any third party that instigates, induces or assists another person to garner, disclose or use trade secret shall be held liable for infringement and infringers of trade secret can include any natural person, corporation or non-corporate institution that may or may not be a direct competitor of the IP right holder.

These latest changes are of course positive. The the attempt of the legislature to repress trade mark squatting is so palpable that the new law has built up an ex-ante mechanism to nip rush registrations in the bud. Imaginably, squatters that have usually held up hundreds or thousands of trade marks in stack would have a chilly time. Trade mark squatting may turn to be more subtle and more sophisticated. Given that Chinese courts have had different levels of requirements for “use” in the context of trade mark law, it is intriguing how Chinese courts will differentiate “bad faith” from “good faith” registrants.

The increased damages and severer liabilities for trade mark infringement and unfair competition are also encouraging. But the quintuple, punitive damages seem more declaratory than practical. As China’s Patent Law is also expected to set forth quintuple, punitive damages for malicious infringement, through the forthcoming amendment, we are cautiously optimistic to see more high-amount damages awards in China.

The amendment to the Unfair Competition Law with respect to trade secret protection may be of less significance, as the new law has simply codified trial practices that have been followed by Chinese courts.
China amends trade mark and unfair competition law to tackle trade mark squatting and enforcement issues

Reviewed by Tian Lu on Saturday, April 27, 2019 Rating: 5
The IPKat licenses the use of its blog posts under a Creative Commons Attribution-Non Commercial Licence.