IP and Sociology: the symbolism of IP

Former PermaKat Nicola Searle has ventured out of the lair of economics to consider the world of sociology, discussing what she calls "the symbolism of IP."

I have a running list of disciplines and the things they have ruined for me. Biology ruined zoos, law ruined logic, economics ruined hope etc. 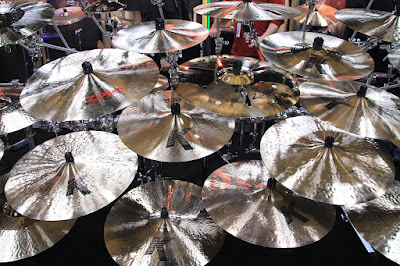 Recently, I’ve been making a foray into sociology, which so far seems to be ruining things in social contexts. Which is basically everything.

The problem, or perhaps solution, with sociology is that it’s annoyingly right. “Sociology is the scientific study of society, patterns of social relationships, social interaction, and culture of everyday life.” It can explain what the forces are behind legal systems that are theoretically racially blind but in practice are biased. It asks questions as to whether ‘high culture’ really exists, or is it simply a self-re-enforcing class marker. It looks at the assumptions and social contexts behind it. And then does it to itself. As I said, very annoying.

Sociology is increasingly turning its sharp eye to law. Full disclosure, my dabbling in sociology can be seen in a new book, written together with two sociologists, on how IP/IPR shape the creative industries. Sociological views of IP, and particularly those of patenting, are scarce. Existing research examines the myths surrounding IP and its strong symbolic role. Economic and legal approaches to IP tend to ignore this symbolic factor.

Sociology places the development of IP as part and parcel of the development of capitalism. Capitalism requires private owners; owners must own things. As we increasingly turn our attention to the idea of the ‘knowledge economy’, IP has become a key part of modern capitalism. As authors Mathew David and Deborah Halbert describe in their book, “Owning the World of Ideas” (highly recommended as an overview of sociological perspectives of IP), the increased regulation of IP has been accompanied by an increased deregulation of labour. The result is that IP has become ever more concentrated into the hands of capitalism’s high temple – the corporation. As the authors put it, “IPRS are social conventions that regulate access and use of the products of the human mind to promote/balance particular interests and must be studied as such.”

Capitalism also frames property rights as ‘natural’, when they are in fact defined socially. ‘You wouldn’t steal a car’ rings slightly better than ‘you wouldn’t infringe the socially-defined property rights of another.’ The ‘natural’ perpetual property rights in the physical world have become the benchmark against which ‘artificial’ rights like IP are judged.

The symbolic power of IPR is perhaps best illustrated by geographical indicators and their ilk. These rights do not fit well into an innovation or labour-desert narrative of IP, nor do they particularly suit a moral imperative (with the exception of cultural appropriation). The fact that tourist boards are generally quite big fans of GIs should be a clue to their powerful symbolic nature. Sociologist Christopher Ray examines them through the interaction of rural development and IP. Peppered with the requisite digs at ‘neo-liberal capitalism,’ Ray frames IP as a means for communities to assert control over their local economies.

This sits in the concept of the ‘cultural economy’, in which local knowledge and territory create value. While I am sympathetic to the theory lying behind his arguments, I think in practice these types of IP can end up with locals relinquishing control. This is because the terms of geographically-based IP must be negotiated collectively (which risks a race to the bottom, or the gridlock that stems from infighting; see the AOC wine system) and are governed externally via the IP-granting bodies. However, such IP still holds significant symbolic value for communities.

Patents are not immune to these dynamics. A recent paper by law professor Dan Burk may ruffle your patent feathers. In “The Sociology of Patenting,” Burk unpacks Mark Lemley’s 2015 controversial essay, “Faith-Based Intellectual Property.” Lemley argues, “Rather than following the evidence and questioning strong IP rights, more and more scholars have begun to retreat from evidence toward what I call faith-based IP, justifying IP as a moral end in itself rather than on the basis of how it interacts with the world.” 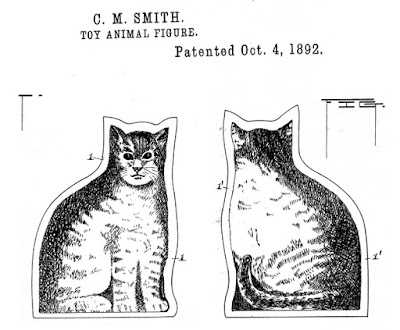 Burk proposes a new view, a new ‘institutional sociology,’ for patenting. He points to the very American dreams of meritocracy and other myths associated with capitalism as the source of this faith-based view of IP. While the focus of patents is corporate, its routes lie in the myth of the lone inventor. Burk refers to the ‘ceremonial patent’ in that patents are inherently ceremonial, and are important as signals rather than simply legal instruments, this because they demonstrate compliance and participation in the order of markets. This ceremonial function also explains the proliferation of tech-transfer offices in universities. Burk also argues that patent law should expect to see more scrutiny from sociology.

The innovation narrative of IP, again key to capitalism, comes into question under the scrutiny of sociologists. The iconic sociologist, Robert Merton, looks at the tension between the knowledge sharing required by innovation and the walls constructed by IP. Grandly titled, “The Matthew Effect in Science, II Cumulative Advantage and the Symbolism of Intellectual Property,” Merton looks at how the symbolism of IP helps the rich get richer and the poor get poorer (the Matthew effect). His first point is that social processes help individuals and institutions accumulate symbolic and material rewards. An initial comparative advantage can be helped along significantly by the social processes that create the haves and the have-nots. This quickly leads to ‘top’ scientists and all the runners-up. IP supports this process.

His second point is that the function of IP can be quite the paradox – “in science, one's private property is established by giving its substance away.” That is, there is an inherent irony in that exclusion arises from disclosure. But the symbolism of IP should not be underestimated. Citations are the ultimate fist bump – having both instrumental and symbolic functions. Peer recognition, and the piece of paper that says you were first to the post, validate the scientist’s self worth. To explore is human, to cite, divine.

Delving into the sociology literature feels a bit like therapy, addressing the unexamined professional life. Yet it can make for quite uncomfortable reading as you’re both the reader and subject. You can’t win.

Picture on right by Loadmaster (David R. Tibbles) and is licensed under the Creative Commons Attribution-Share Alike 3.0 Uported license.

Picture on left is in the public domain.
IP and Sociology: the symbolism of IP

Reviewed by Neil Wilkof on Sunday, April 07, 2019 Rating: 5
The IPKat licenses the use of its blog posts under a Creative Commons Attribution-Non Commercial Licence.