The boot is on the other foot: French Supreme Court reconsiders the notion of informed user 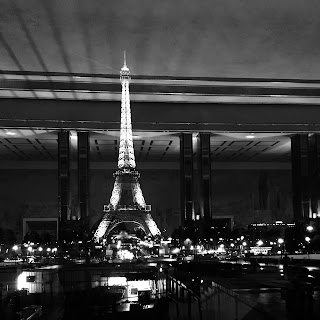 The informed user is an important (but often misunderstood) concept in the world of Community Designs.

A recent decision of the French Supreme Court revisits this thorny question. Charlotte Gerrish (Gerrish Legal) has kindly given us the following insight into the dispute.

On 13 March 2019, the commercial section of the French Supreme Court overturned the  Paris Court of Appeal's interpretation of “informed user” in Cour de cassation, civile, Chambre commerciale, 13 mars 2019, 17-18.517, InéditThis dispute was all about shoes! It included both design infringement and unfair competition but this post focuses on the design issues only.

The case was brought by Einstein Shoes BV, the holder of three Community designs covering footwear soles and Ferro Footwear BV, its exclusive licensee against Chaussea, a French shoe retailer. Chaussea added its supplier to the proceedings and brought a counterclaim arguing that the Community designs should be cancelled due to lack of novelty and individual character.

Under EU law, the notional informed user in relation to community designs is governed by Articles 4 and 6 Regulation 6/2002 of 12 December 2001. According to these provisions, when assessing how to decide whether a design is new and has individual character, it is necessary to consider whether the overall impression on the informed user is different from the overall impression produced on such a user by any design which has been made available to the public. Articles L.511-3 and -4 of the French Intellectual Property Code essentially provide for the same assessment, save that French law refers to the informed observer.

In this case, at first instance before the Paris Tribunal de Grande Instance, the judges considered that the informed user would be someone who is a “professional in the sector concerned”.

On appeal to the Paris Court of Appeal, the judges widened the scope of the notion of informed user by stating that they would be “any person likely to habitually purchase shoes, paying attention to their soles, and therefore having a good knowledge of the soles of shoes”. On this basis, the Paris Court of Appeal considered that the particular combination of the patterns visible on the soles in question, as set out in the Community design filings, provided the informed user with a different overall impression than could have been made from any other previously disclosed models.

The French Supreme Court rejected the Paris Court of Appeal’s increased scope of informed user. Does this mean that the French law approach to informed user will prefer the more restrictive interpretation informed user as set out by the first instance court, or is this refusal to accept a wider scope mainly due to the fact that the Appeal judges failed to supply grounds for their different opinion (as required by Article 455 of the Civil Procedure Code)?

In accordance with French Civil Procedure, the Paris Supreme Court transferred the case back to the Paris Court of Appeal, which will be composed of a different set of judges. We therefore await the final outcome of the Einsteien/Ferro v. Chaussea saga, and it will be interesting to see whether the new panel retains the narrow interpretation, or indeed, keeps the wider scope, but this time justifying it on the basis of valid grounds. To be continued…
The boot is on the other foot: French Supreme Court reconsiders the notion of informed user

Reviewed by Rosie Burbidge on Tuesday, April 23, 2019 Rating: 5
The IPKat licenses the use of its blog posts under a Creative Commons Attribution-Non Commercial Licence.