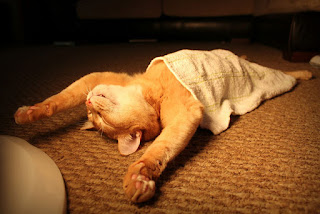 Wristwear seems to be this month's key IPKat fashion trend (see here and here). In this claim, the Claimants (Nomination) were, respectively, the owner and exclusive licensee of three (two word and one device) EU/EU-designated trade marks for NOMINATION, registered in class 14 (among others) for jewellery (among other things). The Claimants sell a "composable bracelet", consisting of individual links that can be detached and reassembled to one's heart's content. [See below for a visual demonstration and an apparently very happy customer]. The standard bracelet comprises stainless steel "base links", bearing the NOMINATION device mark. Nomination also sells individual decorated links and links with charms attached, which can be added to the bracelet. 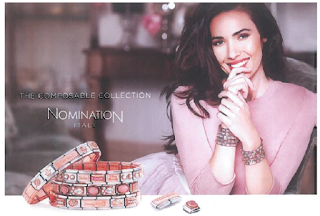 The Defendants (JSC) also sold (via eBay) composable charm bracelets (under the trading name "Daisy Charm"), whose links are compatible with Nomination bracelets. Until February 2013, the eBay listings stated that the Daisy Charm links "fit[s] Nomination". Shortly after this, JSC started to buy genuine Nomination bracelets from authorised Nomination retailers within the EU. These were then broken down into individual base links, each of which was repackaged with a single JSC charm base link. In some cases, JSC was able to source already-disassembled Nomination base links from Nomination retailers in the EU. JSC sold a Nomination link with a JSC link together in joined blister packs, or a blister pack for the JSC link and a plastic bag for the Nomination link (bearing the label "Manufactured by Nomination Italy Repackaged by JSC Jewellery UK").

Nomination brought a claim against JSC on three grounds:
Infringement by sale of genuine Nomination links

This part of the claim turned on Article 7 (now Article 15) of the Trade Marks Directive. Given that the Nomination links had been sourced from Nomination retailers in the EU, could Nomination nevertheless assert its trade mark rights, or had these been exhausted? The nuance in this case came from the fact that Nomination supplied its bracelets whole; it was JSC or the retailers that then broke down the bracelets into individual links.

Nomination was unable to convince the court that the individual links (bearing the Nomination mark) were placed on the market in the EU without its consent. Nomination did not impose any contractual restrictions on its retailers regarding the sale of single base links. Although the CJEU decisions in Davidoff and Sebago together suggest that the facts and circumstances surrounding the first placing of a trade marked product on the internal market must unequivocally demonstrate a renunciation of the right to object to the sale of each individual item of the product in question, this did not help Nomination in the circumstances. The evidence did not demonstrate that Nomination would certainly have objected to the sale of single links at the relevant time, and end purchasers were of course free to disassemble the bracelets as they chose.

Nomination did however succeed with this cause of action by virtue of Article 7(2) (now 15(2)): it had legitimate reason to object to these particular further dealings with its goods. Nomination bracelets are normally sold in high-quality packaging that lends an image of quality; the JSC packaging had a distinctly budget feel. It is true that some authorised Nomination retailers sometimes sold individual links in transparent plastic bags, but the judge swerved this issue: the impression of quality would already have been conveyed when the customer initially bought the beautifully-packaged full bracelet.

A point to note: this was the only one of five grounds of objection that the judge accepted. For example, Nomination asserted two other BMS conditions (the third, above, succeeded). First, JSC failed to identify who had done (some of) the repackaging. Second, JSC's repackaging might have damaged the goods. The judge was not convinced that either factor should apply to the repackaging goods that are not pharmaceuticals (which have particular safety and efficacy sensitivities).

The judge was shown, among other marketing materials, a JSC advertisement stating: "so you will receive one branded Daisy Charm and one plain Nomination link, both compatible and for the classic size bracelet."

The judge found that this advertisement blurred the commercial source of the JSC links sold in two-packs with Nomination links (especially when viewed by busy and moderately attentive consumers).

Unsurprisingly, the outcome of Nomination's passing off claim followed the second infringement claim.

Reviewed by Alex Woolgar on Tuesday, April 02, 2019 Rating: 5
The IPKat licenses the use of its blog posts under a Creative Commons Attribution-Non Commercial Licence.