Hayleigh Bosher Monday, April 29, 2019 - Fashion, Hayleigh Bosher, opposition proceedings, relative ground, trade mark, trade mark classification, trade mark function
Fashion is not just moving fast, its also moving into new markets maybe even travel and tourism... Earlier this month Inditex, one of the world's largest fashion retailers (with eight brands such as Zara) prevailed in their action brought against the decision of the Second Board of Appeal of EUIPO in a case that's been ongoing for a decade, here's what happened: 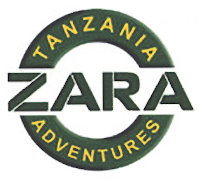 In the present case, Inditex alleged infringement of Article 8(5) of Regulation No 207/2009; which is subject to the following conditions: (1) the marks at issue must be identical or similar; (2) the earlier mark cited in opposition must have a reputation; and (3) there must be a risk that the use without due cause of the trade mark applied for would take unfair advantage of, or be detrimental to, the distinctive character or the repute of the earlier trade mark.

1 The degree of similarity between the marks - yes, similar

2 Reputation of the earlier marks - high, not exceptionally strong if you don't ask you don't get...

Inditex argued that the Board of Appeal should have acknowledged that the earlier marks have an exceptionally strong reputation. However, the EUIPO maintained that the applicant had not requested that the exceptionally strong reputation of the earlier marks be acknowledged. Since the EUIPO’s examination is to be restricted to the facts, evidence and arguments provided by the parties, and the and the reputation of a mark is a purely conjectural matter, it follows that it is for the parties to provide the facts and evidence in support of the relief sought.

The objective of Article 8(5) of Regulation No 207/2009 is to enable the proprietor of an earlier national or EU trade mark with a reputation to oppose the registration of marks which are likely either to be detrimental to the repute or the distinctive character of the earlier mark or to take unfair advantage of that repute or distinctive character. It is not required to demonstrate actual and present harm, but prima facie evidence of a future risk, which is not hypothetical, of unfair advantage or detriment. The stronger the earlier mark’s distinctive character and reputation, the easier it will be to accept that harm has been caused to it.

In the contested decision, the Board of Appeal found that Inditex confined itself to making general allegations and did not put forward any information which made it possible to understand satisfactorily how the risk of an unfair advantage could have arisen, and that Inditex failed to take into consideration the huge differences between the goods and services concerned.

Inditex argued that it provided evidence demonstrating that the current trend in relation to fashion marks is that they are evolving outside of the fashion market towards adjacent markets, such as food, restaurant services, hotels and temporary accommodation. Furthermore, fashion magazines tend to combine fashion and travel articles, and on social media bloggers and influencers are travelling worldwide to comment both on the clothing and accessories that they wear during their trips and on the trip itself, including destinations, hotels and restaurants. In light of such trends, even though the contested services in Classes 39 and 43 may not be considered to be strictly similar to the goods and services, they are still linked to the relevant commercial sector. As such, Inditex maintained that, on this basis and on the strength of their mark's reputation and the high degree of distinctiveness, there is a risk that the proprietors of the mark applied for might, without incurring significant costs, introduce and popularise their mark on the market.

The Court agreed and held that according to the established case-law, the Board of Appeal erred in finding that the applicant confined itself to making general allegations regarding the existence of a risk of unfair advantage being taken of the distinctive character and the repute of the earlier trade marks. Since there is currently a trend for trade marks present in the fashion market to evolve towards other markets, risk of unfair advantage cannot be ruled out in spite of the differences between those goods and services. It is necessary to take into account all factors relevant to the circumstances of the case in order to ascertain whether there is a risk of a type of injury referred to in Article 8(5) of Regulation No 207/2009. In particular, there is interdependence between the reputation and distinctive character of the earlier marks, and the existence of a risk of injury; the stronger that distinctive character and reputation, the easier it is to accept that those risks exist, which also means that it will be easier for the applicant to meet his obligation of proving that there is a risk of injury.

In this case, the Board of Appeal did not consider the impact of the strength of the earlier marks’ reputation on the existence of a risk of unfair advantage being taken of the distinctive character or the repute of the earlier marks and did not carry out an overall assessment of the risk of injury linked to unfair advantage. As such, the contested decision was partially annulled in so far as the Board of Appeal partially upheld the appeal brought by Mrs Ansell and Mr Ansell (Case R 2369/2011-2) which had allowed the mark applied for to proceed to registration in respect of the services in Classes 39 and 43.

Traditionally, the essential function of a trade mark is thought of as a badge of origin - enabling the consumer to distinguish between different goods or services. However, the function of a trade mark has evolved as they have become a valuable asset in their own right and due to their distinctiveness are able to convey emotion, evoking a broader set of associations and meaning - shifting from a signal to a symbol. As Drescher so beautifully put it:

The mark became a poetic device, a name designed to conjure up product attributes whether real or imagined.

So the function of a trade mark is now much broader to include advertising and investment. The more unique a mark, the deeper its impression on the public consciousness, and, as the Court indicated, the stronger the distinctive character and reputation, the easier it is to protect. Frank Schechter argued that marks should have one rationale; not origin, but preservation of the uniqueness. This would mean the owner is protected when the mark is used, even on dissimilar goods. Some would of course counter argue that this would over monopolise the market and restrict creativity. In that regard, Art 8(5) attempts to strike a balance.

Nevertheless, whilst currently registration is in classes, with the rise in cases where there is an identical or similar mark in dissimilar goods/services, but the mark has a reputation that will be taken unfair advantage of, such as this one, will we always? Add to that the current trend in relation to marks evolving outside of their market towards adjacent markets, successfully argued by Inditex, this could suggest that classes are becoming less relevant as markets become more converged.

Reviewed by Hayleigh Bosher on Monday, April 29, 2019 Rating: 5
The IPKat licenses the use of its blog posts under a Creative Commons Attribution-Non Commercial Licence.