In January 2018, the Appellant applied to protect in the UK the International Trade Mark Registration shown below (the word "Nosecco" and figurative elements) . 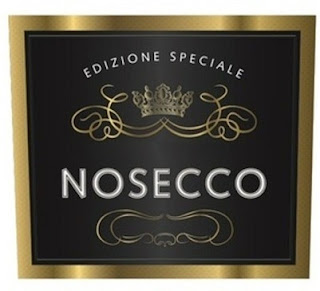 Prosecco, presumably, needs little introduction. There was evidence before the court that in 2017 the UK's population consumed 970,000 hectolitres (almost 40 Olympic-sized swimming pools) of Prosecco, which was over one-third of worldwide exports. Nosecco is a non-alcoholic sparkling wine produced by French wineries, which has been sold in various UK retailers, large and small.

The Consorzio opposed the application on four grounds. In November 2019, the Hearing Officer upheld two of the grounds (but dismissed the grounds of bad faith and the right to prevent passing off).

Both successful grounds of opposition were based on the Protected Designation of Origin (PDO) in respect of Prosecco (now protected under Regulation (EU) 1308/2013). [Trivia of the day: the first known reference to Prosecco wine comes from 1382 (it was made in a place called Prosecco)].

As is the case for all PDOs, there is a restrictive specification for products which may use the PDO (i.e. the name Prosecco). The requirements include that at least 85% of the contents of a bottle must be derived from a single grape variety (Glera); the grapes must be grown within nine specified provinces in Northeast Italy; the natural alcohol level must be at least 9%; and particular methods of production must be used.

In the UK IPO, the Consorzio successfully convinced the Hearing Officer that the registration of the Nosecco trade mark would cut across the PDO (and therefore would be contrary to section 3(4) of the Trade Marks Act 1994) and the mark, if registered, would potentially deceive the public (for instance as to the nature, quality or geographical origin of the goods), contrary to section 3(3)(b) of the Act.

The section 3(4) ground of opposition was based on Article 103(2)(b) of the Regulation, which protects a PDO against any "misuse, imitation or evocation".

The Appellant's position was essentially that the term "Nosecco" was coined to refer to the non-alcoholic nature of its goods. The Appellant then argued (somewhat inconsistently) that "-secco" means "dry" in Italian and "sec" is a common word used in the wine industry to denote a "dry" (i.e. not sweet) taste, and therefore the public would understand "Nosecco" to mean "not dry". To the extent that the public were to perceive "Nosecco"as referring to Prosecco, this would indicate an absence of Prosecco i.e. "Nosecco" is a parody of (or a witty play on) Prosecco, and a name that points away from Prosecco.

These arguments, run at first instance, were problematic because they suggest that "Nosecco" evokes Prosecco at the very least, and the case law strongly suggests that evocation (with nothing more) is enough. All that is needed is a link in the mind of the public; confusion/deception are not necessary.

Perhaps unsurprisingly, therefore, the Appellant's grounds of appeal focused on the Hearing Officer allegedly drawing the wrong and/or unsupported conclusions from the evidence. For example, the Appellant argued that a finding that "Nosecco" evokes the PDO should have been supported by evidence from consumers. The judge disagreed. Although the case law (e.g. Viniiverla and Scotch Whisky) requires the court to base its decision regarding evocation on the "presumed reaction of consumers", this does not require consumer evidence. In any event, the Hearing Officer had the benefit of contemporaneous marketing materials and social media posts from consumers as evidence, which the judge implied [correctly, in this GuestKat's view] may sometimes be more helpful in the context of litigation than heavily-prepared witness statements.

The appeal failed on this ground, and all other grounds.

This GuestKat's reading of the decision is that the Appellant tried everything to get the judge to hold a re-hearing of the opposition. In the absence of a glaring error by the Hearing Officer, this would have been against well-established principle. The judge was therefore suitably reluctant to interfere with the relevant factual findings of the Hearing Officer.

Nosecco remains for sale, in the UK at least. What odds of an infringement-type misuse or passing off claim in the UK, when protection of "Prosecco" as a form of geographical indication in the UK after Brexit (technically) remains subject to negotiation? Would be a corker...

A footnote: the Consorzio's fallback position was that "Nosecco" breached Article 103(2)(a) of the Regulation, which prohibits use of "that protected name [i.e. the PDO] (i) by comparable products not complying with the product specification of the protected name; or (ii) in so far as such use exploits the reputation of a designation of origin or a geographical indication". Although the judge did not need to decide this point, he nevertheless indicated that an opposition based on this provision would have failed. The judge's view seemed to be that even minor misspellings may not constitute "that protected name", and certainly "Nosecco" is not "Prosecco" for this purpose.

Reviewed by Alex Woolgar on Tuesday, June 30, 2020 Rating: 5
The IPKat licenses the use of its blog posts under a Creative Commons Attribution-Non Commercial Licence.