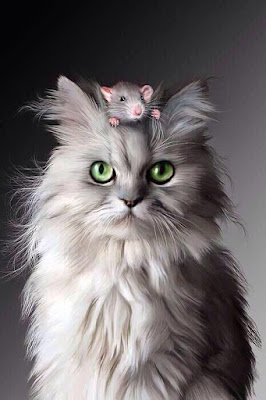 The Regeneron patents in question (EP2264163 and EP1360287) related to mice genetically modified to possess human antibody genes. Historically, the development of therapeutic antibodies relied on the cloning of specific human antibody genes into a mouse. The Regeneron mice (VelocImmune) produce human antibodies that respond naturally to antigenic challenge and thus mirror the normal immune reaction. This allows production of a diverse spectrum of antibodies against the same target within a single mouse.

Regeneron brought proceedings against the Cambridge-based biotech company Kymab for infringement of the VelocImmune patents. Kymab counterclaimed that the patents were invalid for insufficiency. In the High Court, the late Mr Justice Heney Carr agreed with Kymab that the claims were insufficient. The High Court decision was based on evidence that the one example in the patent of how to make the claimed mouse would not have worked. Particularly, the method required the insertion and deletion of large sections of DNA. Such a method was not possible at the priority date. The High Court thus concluded that the patent did not enable mice falling under the claims to be made.

Kymab appealed to the Court of Appeal. The Court of Appeal disagreed with the High Court, and found the patents sufficiently disclosed. Lord Justice Kitchin (as then was) agreed with the High Court that the example provided in the patent would not have worked.  However, Lord Justice Kitchin (as then was) found that a skilled person was not bound to follow the examples provided in the patent. Instead, the skilled person could use common general knowledge to make obvious changes to the method. This would allow a skilled person to make a mouse falling under the scope of the claims. A skilled person would not be able to make all types of mice falling under the scope of the claims. However, the ability of the skilled person to make at least one type of mouse according to the invention amounted to sufficiency of disclosure, given that the invention related to a broad general principle.

The Court of Appeal reasoned that if the patented invention related to a general principle of usefulness across a range of potential product types, it is not necessary for the patent to enable production of all of these product types. If the patentee was limited to a monopoly over only the products that could be immediately made, this would deprive the patentee of any reward for the broader applicability of their invention. Importantly, the types of mice that now represent the most valuable commercial embodiment of the invention could not have been made at the priority date, and required further inventions to be realised. However, for Lord Justice Kitchin, the broad general contribution represented by the patent should none-the-less be rewarded.

In a majority judgment, the UK Supreme Court found the Court of Appeal's reasoning logically sound, but ultimately considered it to be inconsistent with the UK and EPO law on insufficiency.  In particular, the UK Supreme Court understood the principle that a patent should enable substantially all products within the scope of a claim at the priority date to be part of the bedrock of both UK and EPO law. In the words of Lord Briggs, who led the majority judgment, "[t]o water down that requirement would tilt the careful balance thereby established in favour of patentees and against the public in a way which is not warranted by the EPC, and which would exceed by a wide margin the scope for the development of the law by judicial decision-making in a particular Convention state".

The Supreme Court thus did not think the patent bargain was satisfied if the benefits of an invention could only be realised after the priority date, if and when all embodiments within the range could be made. Kymab's appeal was therefore upheld, and the Regeneron patents found invalid for insufficiency.

In a dissenting view, Lady Black first noted agreement between the Court of Appeal and Supreme Court on the legal principles. For Lady Black, the two courts disagreed in the application of these principles to the case in question. Contrary to the Supreme Court majority, Lady Black agreed with the Court of Appeal that the invention related to a broad general principle, that this principle was employed in all mice across the range of the claim, and that the patent should be rewarded by a commensurate broad scope of protection.

So are the UK and EPO Boards of Appeal currently aligned on sufficiency? The answer to this question is not straightforward, and the IPKat will provide some further thoughts in coming days.
BREAKING: Kymab caught the mouse as sufficiency strengthened by UK Supreme Court in Regeneron battle ([2020] UKSC 27)

Reviewed by Rose Hughes on Wednesday, June 24, 2020 Rating: 5
The IPKat licenses the use of its blog posts under a Creative Commons Attribution-Non Commercial Licence.