InternKats: Sophie Corke, Magdaleen Jooste, and Anastasiia Kyrylenko.
Home chords Copyright infringement deposit copy experts harmony music Neil Wilkof ordinary observer / Doh” may be a female deer and “re” a drop of golden sun, but "me" harmony be the basis for copyright infringement?

Doh” may be a female deer and “re” a drop of golden sun, but "me" harmony be the basis for copyright infringement?

For Kat readers who may have not studied musicology at university (and even if you did), Kat friend, Dr. Aleksandra Sewerynik, provides an enlightening discussion of how harmony should be understood in the context of copyright infringement. 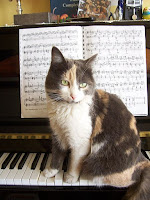 Similarities between two pieces of music in most cases are detected in the course of the main melody. But works of music involve not only melody but also harmony. While melody is a horizontal sequence of sounds - a linear combination of pitch and rhythm, harmony refers to vertical composition of tones, which we can usually find in the accompaniment to the melody.

In the Baroque era, creators developed a tonal system composed of the major and minor scales. At every degree of these scales, we can build a chord. The basic chords are tonic (noted by the letter T - built on the first degree of the scale, central chord), subdominant (S - on the fourth degree), and dominant (D – on the fifth degree).

There are defined relationships between the chords that serve the composer to build tension in the course of their work. Cadences, which are defined chords schemes, are used by composers when composing melodies or harmony in a musical work. They usually include the aforementioned three basic chords (T, S, D). The most well-known is “perfect” cadence (T-S-D-T) and “plagal” cadence, also called “church” cadence (T-S-T).

Contemporary songs, particularly their accompaniments, are often based on the major or minor scale and contain simple harmonic patterns known for ages. That’s why two songs can be based on the same chord progression and can give us the feeling that the two songs are similar. Very rarely can similarities in harmony affect copyright infringement.

The harmony scheme (chord sequence) itself is an unprotected idea that can be expressed in many ways. Perhaps the best evidence for this is the “4 Chords” song by Axis of Awesome. They sing about 40 hit songs to the accompaniment based on the titular four chords. The sequence of chords is always an unprotected idea. Therefore, basing a work of music on the same harmonic scheme is not copyright infringement, despite the fact that it can give a feeling of similarity. This can only mean it is an inspiration.

Furthermore, the expression of the harmony schemes in a musical work is often unoriginal because it is composed of a sequence of simple scales or chords, also played as a horizontal sequence of notes – one note by another. These structures belong to the heritage of music that cannot be recognized by anyone as their own. Such constructions are common. An example is the Adele song, “Someone Like You”. Its accompaniment is based only on simple chords sequences, without any original expression.

Only an original expression of chord schemes can be copyrighted. Even a simple chord sequence can be individualized by an original rhythm, sound, or the presence of foreign sounds (not belonging to a given chord) or altered (chromatically elevated or reduced) sounds.

An example of the foregoing is a case taking place in the Southern District of New York-- Ed Sheeran v Kathrin Towsend Griffin and others, in which the claim of copyright infringement is based on harmonic similarities between two songs. The plaintiff, heirs of Edward B. Townsend, the author of the song “Let’s Get It On”, claimed that Ed Sheeran’s composition, “Thinking Out Loud”, infringes copyright in the song.

The plaintiff filed a motion for summary judgment, which was denied by the judge, pointing to two reasons why the case should proceed based on dispute over material facts:

1) “Disagreement whether the chord progression (I-III°-IV-V) in “Let’s Get It On” is sufficiently uncommon to warrant copyright protection” and whether “the harmonic rhythm of that four chord progression – the second and fourth chords being anticipated or placed ahead of the beat – is protectable”; and

2) whether the limits of copyright protection of “Let’s Get It On” are defined in the deposit copy (the score filed to the US Copyright Office) or in the recording of that song made with Marvin Gaye.

It is useful to consider the fragment of the deposit copy of “Let’s Get It On”. 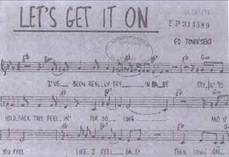 The deposit copy contains only a melody, text, and chord names, placed to tell the artist when the chord should be changed. That gives the rhythm of the chord progression. There are no other elements of the musical work, especially no score of the original expression of chords including its bassline and instrumentation. Those are fixed in the recording of the song.

In the opinion of this blogger, every chord progression should be considered as an unprotectable idea. That idea is expressed in the work of music as a composition of tones that could be either original or common. That is why the similarities between chord progression (I-III°-IV-V) that were detected by experts in “Let’s Get It On” and “Thinking Out Loud” should not be considered as infringing. The chords' names fixed in the deposit copy are not enough. 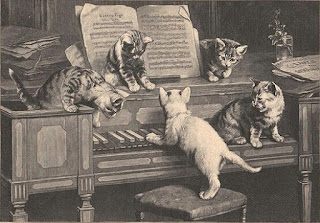 As such, the jury should receive an expert opinion informing whether expression of that chord progression in “Let’s Get It On” is original or not, because it is built from common structures such as simple chords, scales and passages. And, if it is original, determine whether the expression of chord progression is similar in both songs. All such examinations should be based on the recordings of the songs.

Regarding the rhythm of the chord progression, the situation is similar. The generic attribute, anticipation, is also an idea, and the rhythm itself cannot be copyrighted because it should not be owned by anyone. For protection, it requires a vertical (harmony) or horizontal (melody) sequence of sounds.

Therefore, experts should determine whether the expression of anticipating rhythm in “Let’s Get It On” is an additional element which individualizes the eventual common expression of chord progression, meaning that the combination of rhythm and harmony can have personal character and be original and, if yes, whether those two elements together are similar in “Thinking Out Loud”.

These comparisons also require examination of the recordings and not only of a deposit copy. The melody of the bassline can be unoriginal because it can be determined strictly by first grades of chords. That should be also taken into account. That is a lot of questions for the judge and jury. Let’s see what decision is ultimately reached.

Picture on top right is by Paul Munhoven and is licensed under the Creative Commons Attribution-Share Alike 3.0 Unported license.

Doh” may be a female deer and “re” a drop of golden sun, but "me" harmony be the basis for copyright infringement?

Reviewed by Neil Wilkof on Monday, June 08, 2020 Rating: 5
The IPKat licenses the use of its blog posts under a Creative Commons Attribution-Non Commercial Licence.