Kat friends Prof. A. Strowel and Dr. A. Léonard share their thoughts on how to deal with abusive patent enforcement within the EU enforcement framework. 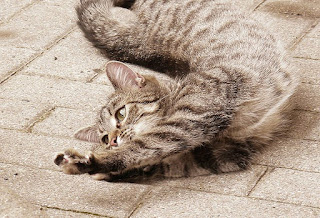 The IP Enforcement Directive (2004/48) was originally meant to fight piracy and counterfeiting, in particular in the field of copyright. However, at the time of adoption, no agreement could be reached on the definition of those unlawful practices. Therefore, at the end of the legislative process, the Directive was stretched to cover “any infringement” of IP rights – including patents. This all-encompassing scope is rather unfortunate as some parts of the EU enforcement framework are not completely appropriate for patent litigation involving disputes between bona fide commercial parties operating within the normal course of business.

Recent developments have exacerbated the inadequacy of some enforcement tools for patents. Today, many products incorporate various complex information and communication technologies elements [see here]. This trend will only increase with the connected products of the Internet of Things and the deployment of artificial intelligence.

The complexity of devices and services which rely or involve software-related technology heightens the risk of accidentally encroaching on patents [see here and here]. This enforcement trend is accompanied by a sharp rise in the number of patents applied for in Europe, making it more difficult to filter them during examination.

Another growing trend in Europe is the increased activity of aggressive Patent Assertion Entities (PAEs), which use all available means, in particular injunctions, as leverage to extract (settlement) fees [see e.g., here and here]. The activities of PAEs take place in a broader debate regarding potential over-enforcement practices by right holders and the means to reduce the negative effects of these practices.

Flexibility through proportionality and abuse of rights

In view of the new risks, courts in Europe (and, in particular, German courts) should infuse more flexibility into the ways that patent enforcement claims are considered. This is particularly important during the balancing process that can lead to the imposition of injunctions by courts. The path towards more flexibility relies on a renewed attention to the proportionality requirement contained in Article 3(2) of the Enforcement Directive. At present, this requirement is not systematically taken into account in the reasoning and practices of the courts.

As we have shown elsewhere, here, the proportionality principle contained in the Enforcement Directive is applied inconsistently in the context of patent injunctions. Moreover, some courts, especially in Germany, either do not apply the proportionality principle at all or, if so, only under extremely exceptional circumstances (as discussed by the BGH in the Heat Exchanger decision [text in German, here and summary in English here]).

The German Ministry of Justice has recently published a draft amendment to the German Patent Act providing some guidance on how the proportionality requirement should be applied when deciding whether to grant injunctive relief. The draft amendment clearly highlights that some adjustment is needed. However, we believe [see also here] that the proposed amendment does not go far enough.

In addition to proportionality, another useful tool for providing more flexibility, which has generally gone unnoticed, is the principle of the prohibition of abuse of rights. This principle is more common in countries such as France, Belgium or the Netherlands, and has already been applied in the context of patent litigation [see e.g, the Dutch decision in Apple v Samsung (here)]. This principle also benefits from a solid legal underpinning in Article 3(2) Enforcement Directive as well as different provisions in national laws in Europe. 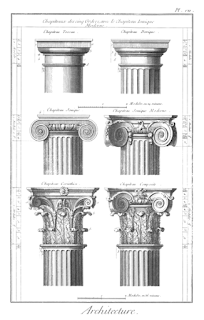 The target must be a common level playing field throughout Europe, and this can only be attained by measures adopted at EU level. To address the most pressing issues, such as the need to adjust the leverage effect of patents applied to small components of complex technologies, there must be a clarification of the EU enforcement framework.

The 2017 Commission guidance paper on certain aspects of the Enforcement Directive [here], as well as the communication on a balanced IP enforcement system [here], re-affirmed that the general principles of proportionality, fairness and equity should govern the IPR enforcement framework. The guidance was unfortunately rather general in its conclusions. For example, it did not elaborate on how to apply the proportionality requirement in patent cases.

Today, the changing environment requires more detailed guidelines and a form of template for facilitating the assessment of the new harms and risks. In its 2015 Huawei-ZTE decision [here], the Court of Justice of the EU already proposed a procedural framework for avoiding abusive enforcement of patents in the context of standard-essential patents (SEPs). More could be done to avoid over-enforcement practices beyond the field of SEPs. The European Commission could, for example, prepare a paper highlighting the effects of patent injunctions for businesses.

It is important that judges do not only focus on the property interest of right holders. There are other aspects that should be considered when assessing a patent enforcement claim. Unlike copyright, patents allow their owners to block access to the market for operators acting in good faith. This explains why the extension of patent protection in the field of computer-implemented inventions (CIIs) has been opposed by independent developers, and why the draft directive on CIIs was rejected in 2005.

Courts should go beyond the (over)protective approach to patent rights and, for example, factor into their analysis considerations such as the reasons for demanding an injunction and its consequences, for example the disproportionate harm it may cause to a legitimate business; the impact that a blocking order may have on the public and consumers; the risk of extracting excessive fees after the grant of an injunction; and/or the legitimate or purely financial objective pursued by patent holders asking for an injunction.

This is more important today than ever. Supply chains are now longer, involving complex products with components from various origins. As well, patents of questionable quality seem to be registered in many jurisdictions including Europe (see e.g. the invalidity rate in Germany here and in the UK here). 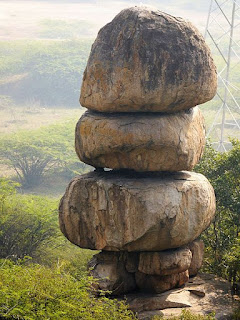 Without guidelines on the balancing of interests, the practice of granting injunctive relief on a quasi-automatic basis without effective consideration to the proportionality requirement will persist. Patent rights should not be implemented blindly. Also, before initiating a legal dispute, or even before sending a notice of infringement, patent holders, including PAEs, should be induced to consider the risk of having to pay damages for abusive notices or for lodging disproportionate claims.

Such deliberation will not deter reasonable actors from asserting their patent rights. A change to the incentive framework for requesting injunctions will reduce the number of unjustified court proceedings, it will also change pre-trial practices and reduce the aggressive behaviour of many patent-holding entities towards legitimate businesses, an abusive practice that goes largely unnoticed.

Proportionality should be considered to avoid over-enforcement of patents and to ensure the strong tools provided by the Enforcement Directive will serve what they were meant to do: fighting piracy and counterfeiting.

Picture on top right by Watchduck (a.k.a. Tilman Piesk) and is licensed under the Creative Commmons Attribution 3.0 Unported license.

Picture on bottom right by Sangeetavarma and is licensed under the Creative Commons Attribution-Share Alike 4.0 International license.

Reviewed by Neil Wilkof on Tuesday, June 30, 2020 Rating: 5
The IPKat licenses the use of its blog posts under a Creative Commons Attribution-Non Commercial Licence.