The inexorable rise of streaming and the sunset of the cinema: celebration or sorrow? 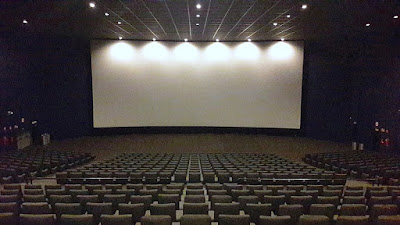 How should we view the decline of the movie theatre industry? This is hardly a new question—The Economist reported that America has 1,600 fewer cinemas than it did at the beginning of this century. Then, the average movie goer went to the cinema about five times a year; now, it is closer to three times a year. But the coronavirus epidemic, and the binging on streamed contents that it engendered, has exacerbated these trends in a way that portends a fundamental shift in how we may be viewing movies in the future.

Consider a business news item last week concerning AMC Theatres. You may not recognize this company name, but you are likely to be familiar with its product; it is the world’s largest movie theatre chain. In the words of the Wikipedia entry -- …

This Kat cannot think of many businesses more exposed to the economic consequences of the coronavirus quarantine than the cinema industry, with its sunk costs, long-term debt and the need daily to fill the theatres with patrons, the better to whom to sell popcorn and other high margin nibbles. A challenging business environment in the best of times and, when there are no patrons, scale, as in the case of AMC Theatres, may only worsen the situation.

Against this backdrop, CNN.com recently published a report that AMC has “substantial doubt” that it can continue in business. Consider the numbers: it estimates to have lost between $2.1 billion and $2.4 billion during Q1 2020, with Q2 looking even worse. In the words of the company, “we are generating effectively no revenue.” With a cash balance on hand, as of April 20, of $718.3 million, the company estimates that it can still manage to reopen its operations as late as August 2020. But thereafter, uncertainty, rising to the level of an existential threat, will only increase.

So how might this change what films we see and where we view them? After all, copyright, since its inception, has sought to foster the distribution of creative contents against the balancing of the interests of creators and consumers. Regarding films, for decades, one was limited to viewing what was screened at the local cinema. Television expanded the viewing options a bit, but it was cable, video cassettes, CD’s and the like that enabled us to have home access to movies, most recently marked by the current surge of home streaming platforms. 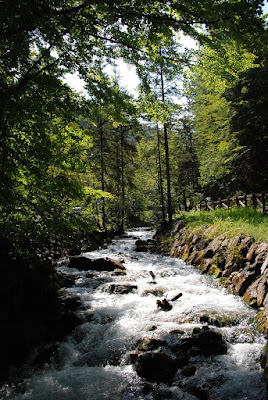 Amidst these various technological developments and the diversity of distribution platforms, the cinema industry has sought to maintain its relevance by turning movie-going into an entertainment experience that cannot be duplicated in one’s living room. Is this a return to the Golden Age-- “no”, but it has been enough to keep the cinema industry going. But then came the coronavirus, and, with it, “lights out” at the cinema together with the seeming ubiquity of streaming platforms being engaged at home.

In truth, even before the coronavirus, the cinema industry had seen a challenge to the practice of the (usually) 90- day window during which only movie theatres could show a film, before that film was released for viewing by other means. Over the last few years, there has been a chipping away at this practice, a bedrock for the business model of the cinema industry. But the response of the studios to the coronavirus has taken this chipping away to an entirely new level.

Most notably, Universal Pictures chose to release “Trolls World Tour” in early April by putting it online on the same day as it hit the cinema screens (at least in those theatres still showing films). The online version cost $20 for a 48-hour download. The amount received by Universal in America during the first three weeks-- $95 million, was less than the $125 million that it took in for the earlier “Trolls” film for a similar period. But don’t cry for Universal—it kept 80% of the revenues received from online downloads, as compared with sharing nearly half of the revenues received from cinema screenings.

This brought with it the following observation by The Economist, intended to induce insomnia among all those whose livelihood rests on cinema screenings:


The studio hailed the experiment as a success and said it would do more simultaneous releases in the future.

As the article further notes, this was not the first commercial flirtation between the studios and the streaming platforms, as they were already providing contents for platforms launched by their own parent company. For instance, Disney+ cannot be satisfied merely by streaming existing films from its impressive film catalogue; to keep up with original contents being shown by the likes of Netflix, it too needs to be able to stream more original content of is own, foregoing screening in theatres.

Going forward, The Economist surmises that cinemas, at least those that survive the Coronavirus recession, will be more likely to show fewer films, focusing on blockbusters. As to what is a “blockbuster”, consider that in 2019 “all of America’s ten most successful films were part of a series…” Forging new cinema frontiers, it ain’t.

This observation should help explain why your streaming platform of choice seems to offer a plethora of films, most of which you likely did not want to view until the coronavirus came along. Studios will not stop making movies other than potential blockbusters (this Kat recently heard a film critic grouse that too many pre-coronavirus movies were being made), but these movies will usually go straight to your screening service. Some of these films are genuine attempts by the studios to try out different movie directions, but most will simply provide a revenue stream for the studio so as to enable the streaming platform to continually provide new offerings. “Yawn”, anyone?

But it is not just viewer “yawn”; it is also about frustration over the accessibility of streamed films. This Kat spent part of his coronavirus confinement reading Jane Austen. Not just reading, but relishing the experience, so much so that he wanted to see how movies and series had handled “Pride and Prejudice” and “Sense and Sensibility’ over the years. The problem was that he could not access on his streaming platform for viewing even one such movie or series (and there are multiple of each) in his territory. [Mrs. Kat observed that when the Blockbuster store down the street was still around, she had successfully obtained a videocassette for each of them.] 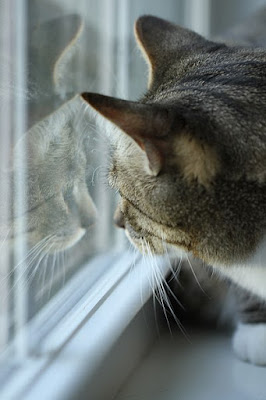 That means that if this Kat wants access to films in the future, especially other than current film offerings, he will need to subscribe to another and yet another platform (or game the system). Welcome to the era of balkanization, where we will need to have subscriptions to multiple streaming platforms in the hope that there will then be in the aggregate a critical mass of satisfactory films. Taking the long view and for the first time in this Kat’s lifetime, the means for distribution of creative contents may be taking a step back (or least sideways).

One last irony: Several weeks ago, this Kat wrote about the failed dream of the internet and the “long tail”, where the digital world would free us from the limitations of physical shelf space. Au contraire regarding films as well, in a future where movies may primarily be available via streaming and access to their contents balkanized over multiple streaming platforms.

Picture on top right by Jorge Simonet and is licensed under the Creative Commons Attribution-Share Alike 4.0 International license.

Picture on left by Eleassar and is licensed under the Creative Commons Attribution-Share Alike 3.0 Unported license.

By Neil Wilkof
The inexorable rise of streaming and the sunset of the cinema: celebration or sorrow?

Reviewed by Neil Wilkof on Wednesday, June 10, 2020 Rating: 5
The IPKat licenses the use of its blog posts under a Creative Commons Attribution-Non Commercial Licence.