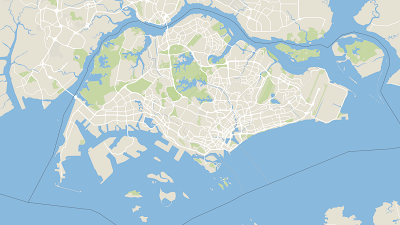 The applicant, Golden Cala, a seller and distributor of contact lenses, applied to register the “LENS ME” mark in Singapore. Mr Florian Mack, the opponent, is the proprietor of the “LENS ME” mark, which it licensed to Sky Optical LLC, a company in which he was a director, chairman and general manager. Sky Optical distributed and sold contact lenses to customers worldwide through its online platform. Importantly, the opponent’s mark was not registered as a trade mark in Singapore.

The opponent filed to oppose registration of the applicant’s mark, relying on two grounds under the Singapore Trade Marks Act--bad faith and passing off.

The test for determining bad faith combines both a subjective element focusing on what the applicant knew, as well as an objective element, focusing on what ordinary persons, adopting proper standards, would think.The opponent’s allegation of bad faith was based on the claim that he was the first to come up with the idea of using “LENS ME” as a brand name, and that the applicant’s directors knew, or must have known, of the opponent’s mark and the commercial potential for an online shop for contact lenses under the mark.

Based on the foregoing, the Hearing Officer found that there was insufficient evidence of bad faith. It was not clear from the evidence who came up with “LENS ME” first. The Hearing Officer said that honest traders would not have considered the applicant’s actions to have been commercially unacceptable. Moreover, the applicant did not know that the opponent had any commercial interests in Singapore in connection with the opponent’s mark. As such, bad faith was not established.

(a) goodwill;
(b) misrepresentation; and
(c) damage.

The evidence showed that the opponent (through Sky Optical) had approximately 74 actual customers in Singapore prior to the filing of the opposed mark. Thus, one could describe Sky Optical’s business relating to Singapore as modest at best. Still, the Hearing Officer found that there was sufficient evidence of goodwill because:

(1) the opponent’s mark had been used in Singapore in connection with Sky Optical’s online platform and there were customers in Singapore who made purchases from the website;

(2) the opponent took active steps in connection with the opponent’s mark in Singapore, which ultimately generated actual sales; and

(3) a number of Sky Optical’s customers had made repeat purchases from its online platform, demonstrating an attractive force that brought in custom. The Hearing Officer further found that as a result of the confusion that might arise, the opponent would likely suffer damage through the loss of sales and/or the loss of the ability to extend its business to the manufacture and sale of contact lenses bearing the opponent’s mark. As such, opposition on the basis of passing off had been successfully made out.

This case is a reminder that the proprietor of an unregistered mark can also successfully oppose registration of a mark. This should be welcome news to an online business, such as Sky Optical, which may operate globally but may have not registered its mark in every jurisdiction in which it has commercial activity.

That said, an opposition based on an unregistered mark is usually more difficult to establish than relying on a registered trade mark, primarily due to the need to prove goodwill. This may be especially problematic for marks that have not been established in the marketplace over a substantial period of time. Still, the Florian Mack v Golden Cala case demonstrates that a small customer base is not necessarily prohibitive to a finding of goodwill.

Picture on left by Eytan Tal and licensed under Creative Commons Attribution 3.0 Unported license.
When the trademark was unregistered but whose goodwill was not unloved in a successful opposition

Reviewed by Neil Wilkof on Monday, June 01, 2020 Rating: 5
The IPKat licenses the use of its blog posts under a Creative Commons Attribution-Non Commercial Licence.